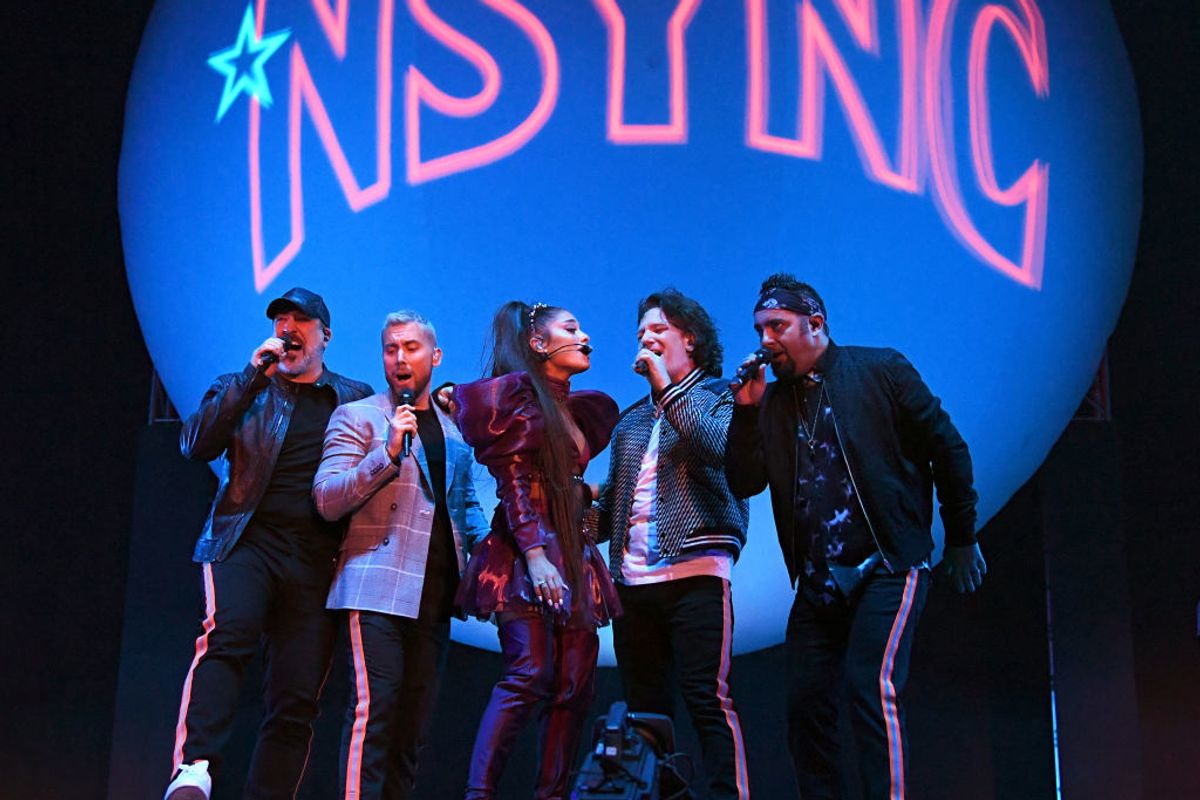 Sunday night was huge: season six of Game of Thrones premiered, and Ariana Grande performed her headlining Coachella set. Unfortunately, only one of these events involved an *NSYNC reunion. HBO, do better.

After hinting at a collaboration last week, Grande invited the 2000s boy band onstage to perform her Thank U, Next track "Break Up With Your Girlfriend, I'm Bored." It samples their deep cut "It Makes Me Ill," a song she's familiar with from childhood. Last week the singer posted incredible vintage footage of her attending an *NSYNC concert as an overwhelmed kid.

Tragically — or excitingly, for JC Chasez fans — Justin Timberlake wasn't present. He's been touring overseas over the past few months to promote his 2018 solo album Man of the Woods. But everyone else was there, and Grande pulled a few other surprises, too. She brought out Nicki Minaj to perform "Side to Side" and "Bang Bang," unfortunately experiencing sound issues for that portion of the set.

Alongside a medley of her own hits, Grande also performed two covers: Frank Ocean's "Close to You," from Blonde, and "Mo' Money Mo' Problems," featuring appearances from Diddy and Mase. The latter track was a tribute to Biggie Smalls, 2 Pac, and Mac Miller.

Classic Coachella technical issues aside, a perfect festival performance with plenty of crowd-pleasing surprises. Maybe Justin will make an appearance next weekend?