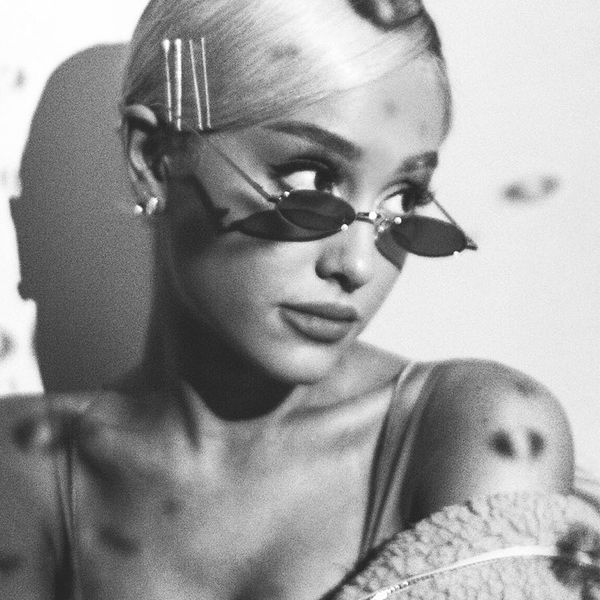 It's only been a week, and we're still reeling from the earth-shattering greatness of "No Tears Left to Cry," but Ariana Grande's not waiting for us to recover. After posting BTS videos from the "No Tears Left to Cry" music video on her Instagram, Ari took to Twitter yesterday to tease new music by tweeting out what seems to be lyrics for a song fans are speculating to be entitled "R.E.M."

Aside from these lyrics, a photo has also been circulating of what looks to be a list of tracks for her new album.

A fan took it upon herself to announce that "R.E.M." will come out in 3 days, but Ari immediately replied to put this rumor to rest, saying "not quite yet."

We don't know the details just yet, but we're all freaking out. #AG4 is coming, and we're definitely not sleeping on this.