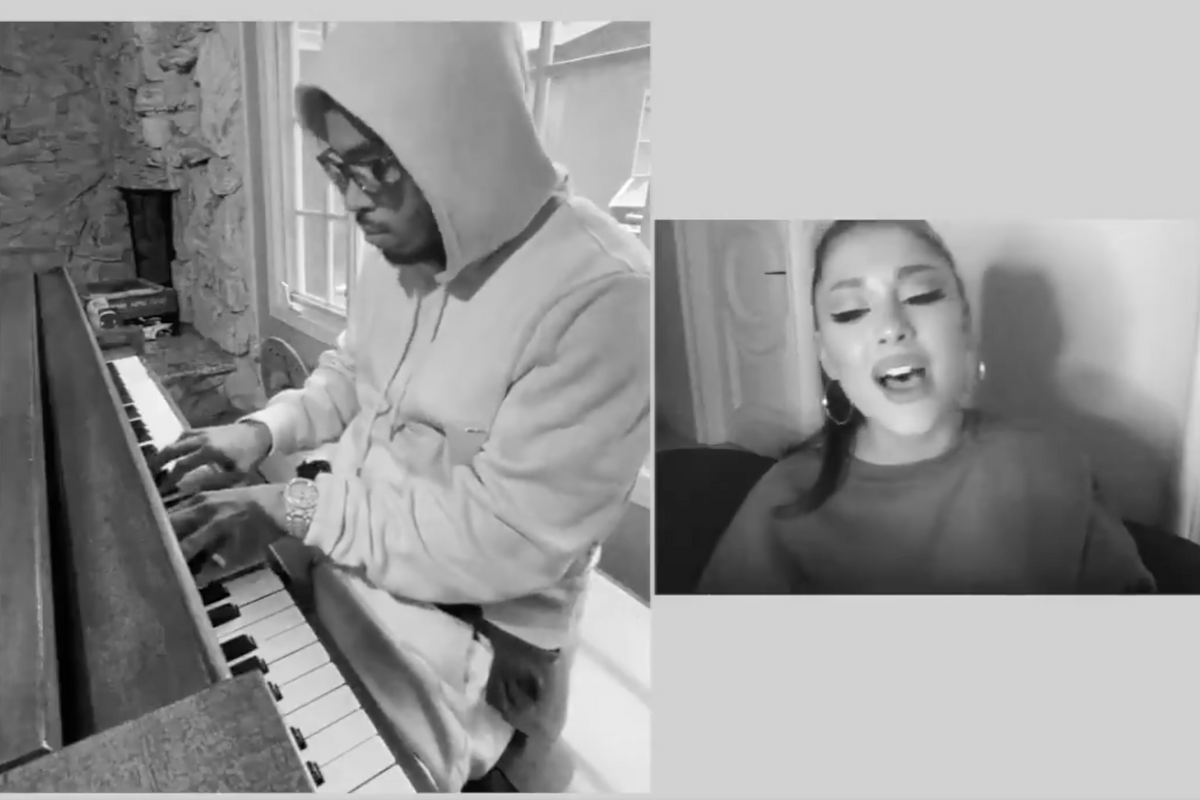 Stans Love Ariana Grande's 2020 Version of 'My Everything'

Longtime of Ariana Grande remember her sophomore album, My Everything, as a turning point in her discography; the record, which preceded the breakout success of her Dangerous Woman era, contained some of the artist's biggest dance-pop hits. From "Break Free," "One Last Time," to "Problem," the album is back-to-back bangers. Over the weekend, Ariana took some time out of her quarantine to revisit the record's finale title track — and stans can't get over it.

"Can i just say how you can hear how her voice has matured," reads the top comment on a PopHeads thread about the new video. Grande's voice is truly angelic in the clip, taking the over half-a-decade old track and turning it into something fresh and new. Alongside hit producer Tommy Brown, she gives the song a confident, thank u, next-era spin.

Watching her apply such newfound courage to her vocals and lyrics on the 2014 track is almost too much for some Arianators to handle. The unexpected live performance was a treat for fans in isolation, and more so because the touching track fits perfectly into her catalogue of downtempo love songs from her most recent records and the Sweetener World Tour.

We can only hope that Ariana gives us another surprise live performance of one of her early tracks to help pass the time during COVID-19 lockdown, but until then, "My Everything" is giving us everything.