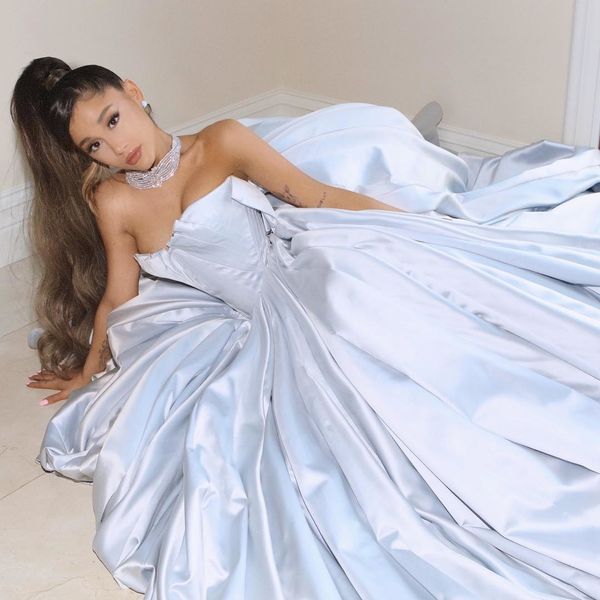 Ariana Grande: 'I'm Not Claiming to Be the Face of the LGBTQ Community'

Ariana Grande received criticism this week after news broke that the thank u, next pop star — and most followed woman on Instagram — will be headlining the Manchester Pride Festival this August. Many fans across social media alleged Grande, a straight white woman, shouldn't be the face of the LGBTQ lineup.

Related | Ariana Let Us Inside Her Head

One of the core complaints has been Grande's steep ticket prices, to which one Twitter user said, "Ariana headlining pride when she's straight (as far as we're all aware) and doubling the price of tickets kinda smells like exploitation of the lgbt community to me." As of press time, the tweet has more than 75k likes.

After a series of identical comments all questioning her involvement began circulating online, Grande chose to publicly respond by saying she had nothing to do with the price hike and it is Manchester Pride that "set the rates."

"The LGBTQ community has been so special to me and supportive throughout my entire career. The relationships I have with my LGBTQ fans, friends, and family make me so so happy," she wrote. "I want to celebrate and support this community, regardless of my identity or how people label me. And also I wanna visit a city that means so much to me."

Grande's performance in Manchester remains instrumental primarily due to a terror attack outside her show in May 2017 that killed 22 people. The singer also helped produce a One Love Manchester concert in June 2017 to benefit the victims, followed by a tribute and a reference to the attack in her video "No More Tears Left to Cry."

The two-day Manchester Pride Live lineup would mark her return to the redesigned Mayfield Depot, and will also raise money to benefit LGBTQ causes across Greater Manchester.

The issue surrounding Grande raises an important and familiar debate around LGBTQ representation in the industry, where queer artists are often pushed aside while the mainstream remains inundated by largely heteronormative ideas and voices.

"I do think there's room for us to talk about these issues without equating a performance for an LGBTQ audience with exploitation of the LGBTQ community," Grande added. "I'm not claiming to be the hero of the community or the face of the LGBTQ rights movement — I just wanna put on a show that makes my LGBTQ fans feel special and celebrated and supported."

Jill Gutowitz, a columnist at Nylon, came to Grande's support: "This is a bad take," she tweeted. "Nobody comes for Britney, Xtina, Carly Rae or other A-List pop stars when they headline pride [...] As a member of the LGBTQ community and a huge pop music fan — this is not a concern for me."

Lead singer Olly Alexander contributed to the conversation, saying "I'd love to see more LGBT+ headliners across all bills, but the reality is line ups are a mix of artists depending on their availability and the need to sell tickets." Coming to Grande's defense, Alexander added, "In the case of Manchester Pride - Ariana has shown more than most that she cares about us and loves Manchester." But still, he says that doesn't mean "we shouldn't try harder to celebrate all the amazing queer talent."