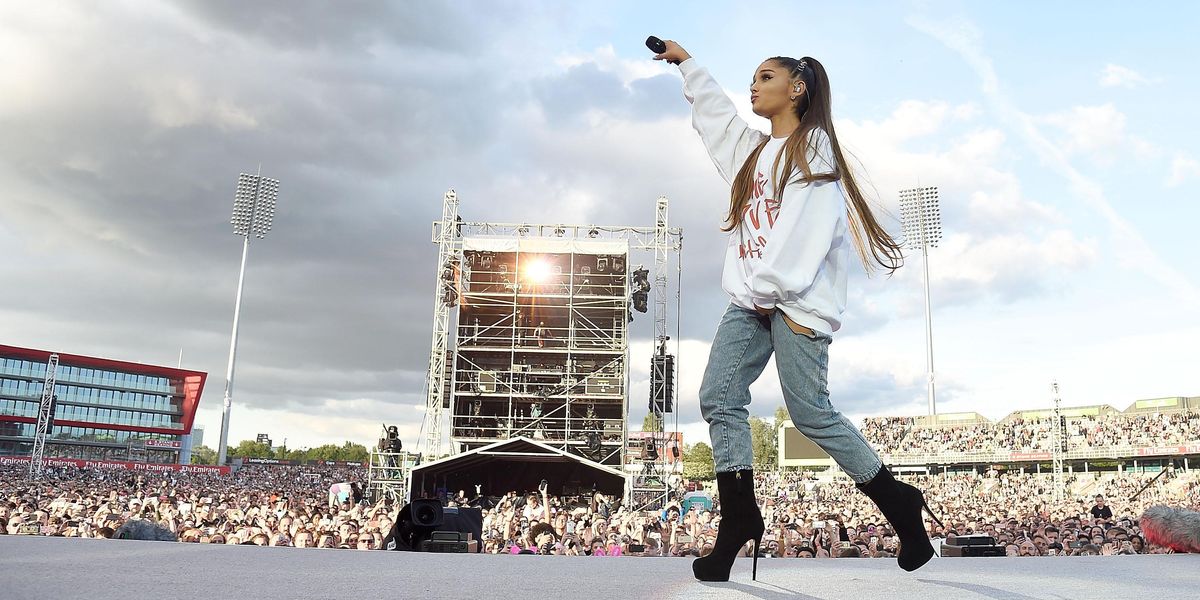 Ariana Grande released a live recording of Sunday's One Love Manchester concert, including her moving version of The Wizard of Oz's "Somewhere Over The Rainbow" that closed out the show. Singing through tears, Grande's poignant version of already emotional song is enough to pull on anyone's heartstrings. All proceeds from the recording will go to victims of the Manchester bombing and their families.