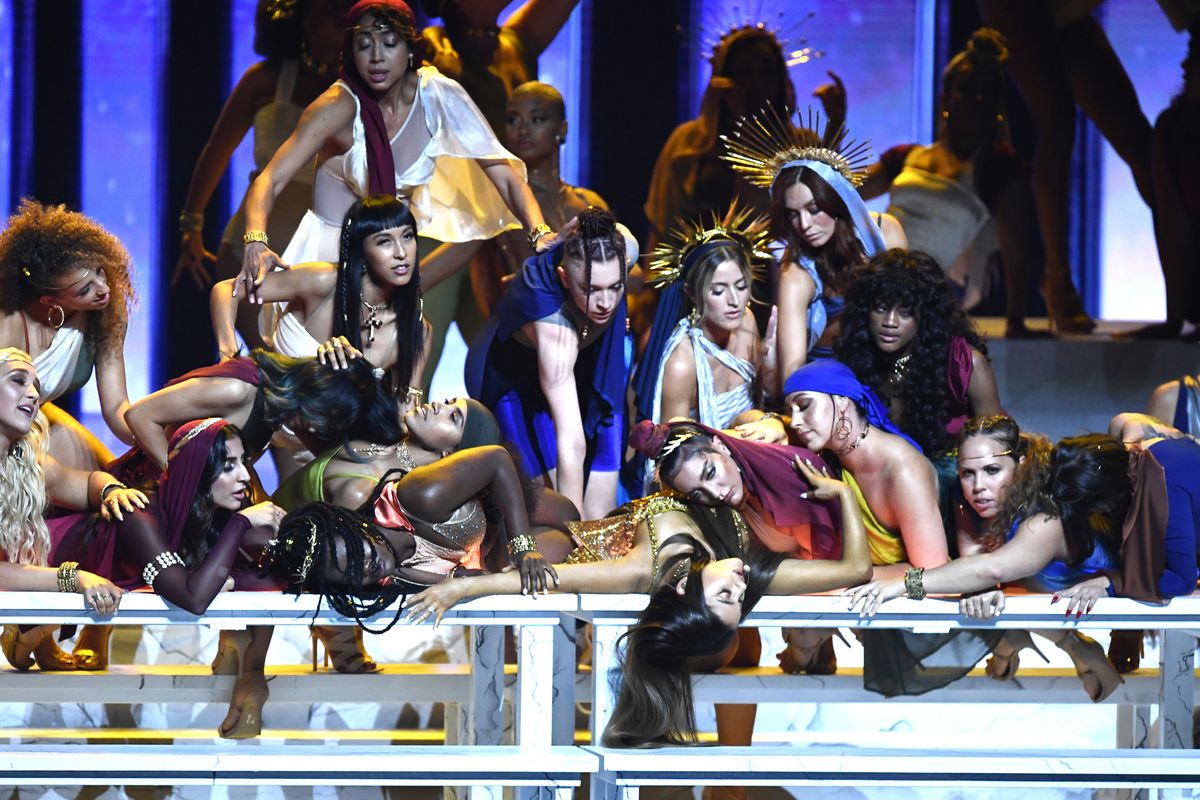 The Stylist Behind Ariana Grande's 'God Is a Woman' Performance

One of the most exciting parts of last night's VMAs was Ariana Grande's epic "God Is a Woman" performance, in which she and a crew of dancers brought The Last Supper to life and delivered a performance fit for the Gods. Below, PAPER talked to Joey Thao, the celebrity stylist behind the looks of Grande's horde of dancers, about the challenges of styling performances involving movement, finding inspiration and working with the Grande:

How did that collaboration come about?

I worked with Ari's team on a few project before and recently we did the Billboard Awards. At the show we talked about the VMAs being a possibility and how we had to create an epic, memorable performance. Her creative directors and choreographers Brian and Scott Nicholson have been such a great support in my career and have always given me opportunity to create with Team Ariana. Couldn't thank them enough!

Where did you draw inspiration from?

I pulled inspiration from the Last Supper mostly, with adding elements of goddesses I admire as well as strong visual female references like Mother Mary, Joan Of Arc, and angelic angels. I really wanted it to have a modern, edgy flare but still keep the visual cohesive. I was given a lot of creative freedom, which is the best because it truly allows my brain to run wild.

What are some of the challenges of styling dancers who have to look amazing but also be able to move about freely?

With styling dancers, the main challenge is having everything wearable for choreography. And then you have some setbacks like making it all make sense as one visual. For this particular performance, I pushed my team really hard to create a strong visual look for each lady — making them feel confident, to represent the phrase "God Is a Woman."

The dancers all had stunning looks, but Ariana still popped as the lead performer. When it comes to styling a performance, how do you make sure the dancers don't outshine the star, yet still have a cohesive look?

With that idea I try and find a balance between cuts and fabrics. I try and coordinate with her team on what she's thinking of wearing — then try and balance the visual off of her look.

What was it like to watch the final performance?

We watched the final visual in the talent room backstage. I really just couldn't hold in how excited I was. We created this visual in such a short time span and I was really proud of the work created. The lady's energy was explosive and the amount of love we had between our whole team was indescribable. I was explaining to my team it almost feels like giving birth! Truly appreciative of the whole journey and think it's one of my best works on a performance stage.