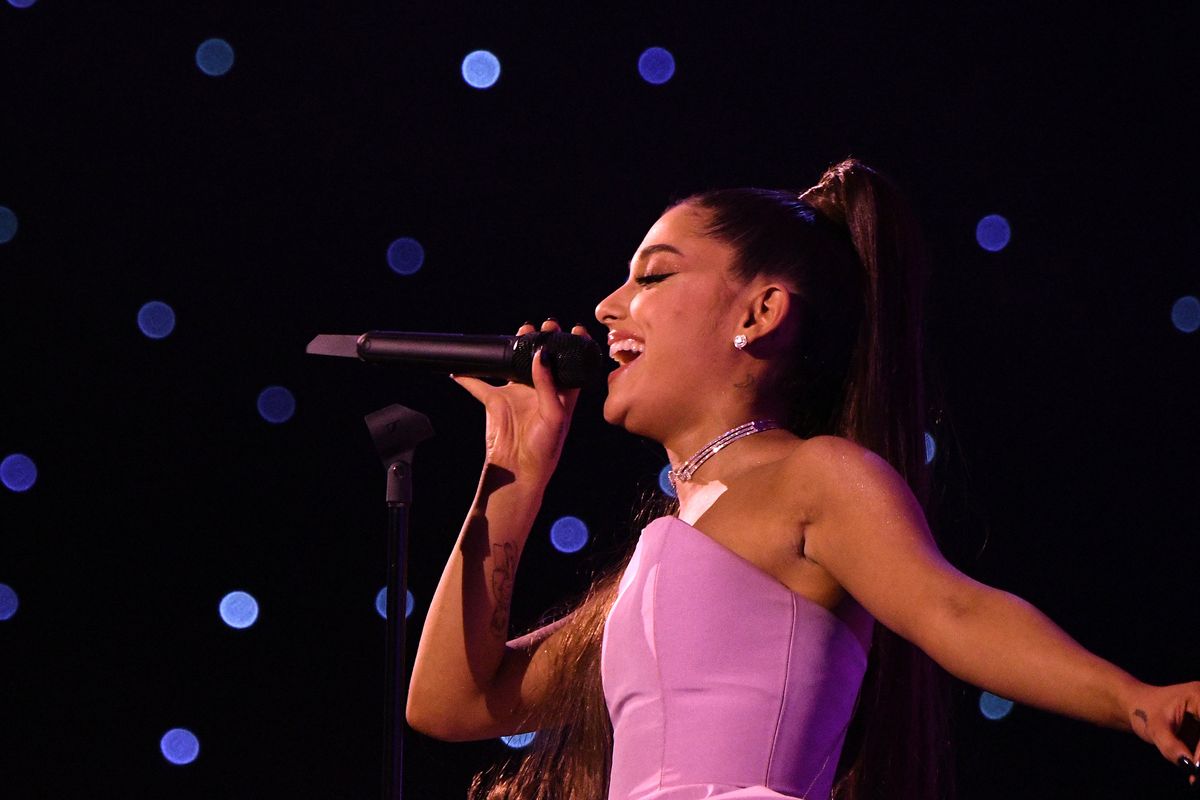 Despite her absence from tonight's Grammy Awards ceremony, and her disagreements with one of the show's producers Ken Ehrlich, Ariana Grande won big time tonight. As hard as it is to believe, this is the very first time the singer has ever won a Grammy. Sweetener is 2019's best pop vocal album — a much deserved win.

Aside from winning best pop vocal album, she was also nominated for best pop solo performance. But Ari lost the solo performance title to Lady Gaga and her single, "Joanne (Where Do You Think You're Goin'?)."

While Ari wasn't physically present at the awards show, she made an appearance during the commercial break thanks to Apple Music.

always supporting my girl. good job with this ♥️ pic.twitter.com/7Sv5qlBUAw

You can now let Childish Gambino dance into your photos and videos—and even have him react to your facial expressions in real time. This is ... Playground on Pixel → https://t.co/rYWEm9x96R pic.twitter.com/FFazzpEcdA

Have to say that Childish Gambino commercial for the #Pixel was pretty well done. https://t.co/wGksgljxnp

I don't want this half-naked Childish Gambino in my house. Hey, @madebygoogle please make him go away.

Yup, the Childish Gambino playmoji is finally here on the Pixel 3. pic.twitter.com/CRnGcFmhGa