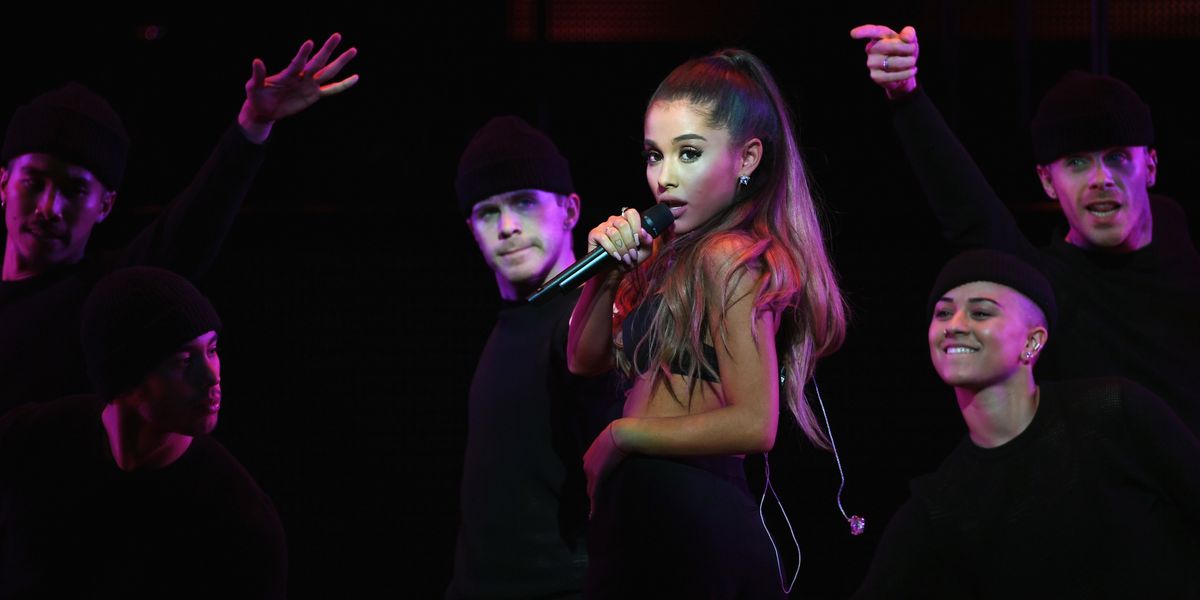 Ariana Grande Reminds Us That 'God Is a Woman'

In case you forgot.

In the lead-up to Ariana Grande's release of Sweetener, she's been feeding us tunes offering a variety of flavors. All of them, confident, unexpected, and, yes, some version of sweet. (I know, you hate me.) Don't miss "God is a woman," a steamy bop we've been waiting for, in which Grande, over trap-pop production, sings about putting it down so good in the bedroom that it leaves a sacred memory.

"When all is said and done/ You'll believe God is a woman," Grande coos. Dare I mention that Grande is an out and proud feminist? Promoting matriarchal ideology is not outside of her brand, a.) but b.) "God Is a Woman" dares to imagine a future where the ideological is reality. If anyone can help usher in an era of universally recognized divine feminine power, it's Ms. Grande. Here. For. It!