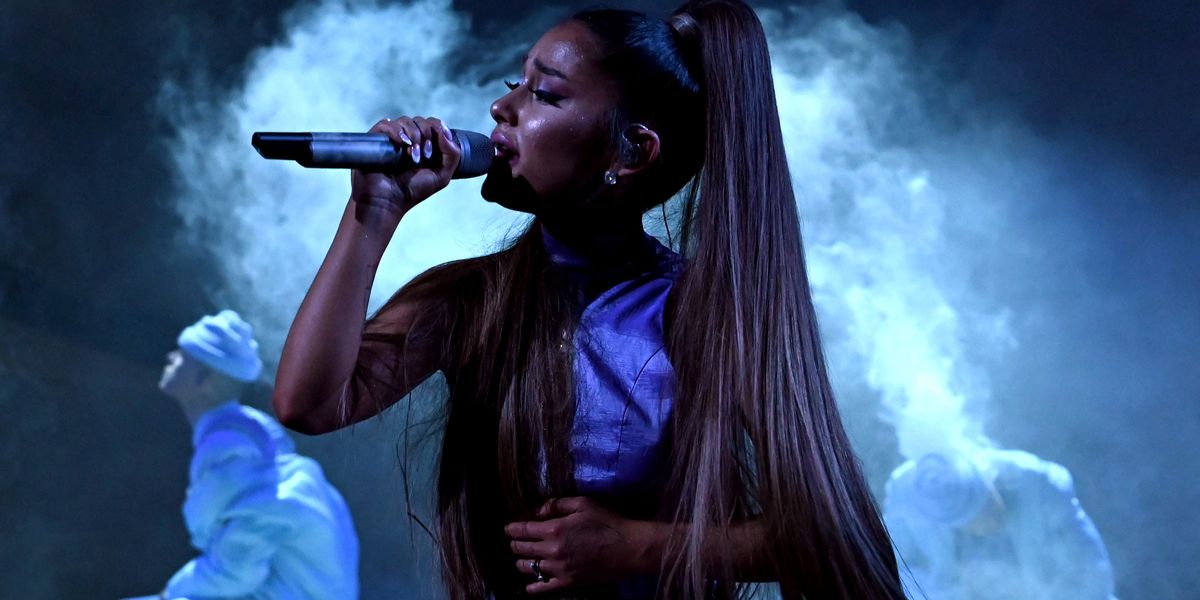 Pop superstar Ariana Grande has been going a hundred miles a minute, having released two albums in a row, several music videos, and is currently on her thank u, next tour — all while dealing with the aftermath of her breakup with Pete Davidson, the loss of dear friend and love Mac Miller, and other personal matters. On Saturday night, she stopped by St. Louis, Missouri to perform at the Enterprise Center arena. And in the middle of singing one of her hits from Sweetener, "R.E.M.," the singer broke down in tears.

In the video, the singer can be seen shaking her head, and putting her hand to her face as she attempted to go on and sing the chorus, "Before you speak, don't move / 'Cause I don't wanna wake up." But even as Ari began to fumble, fans supported her and sang the song even louder.

omg i luv her sm i rlly hope she takes this off the setlist if she needs to pic.twitter.com/s5501Aavwd

Twitter user @nasasmiles who was present during the concert says that the pop star was messing up during the beginning of her set. "I think she's still sick & she was feeling pressured to do good, she kept telling us she was sorry," the tweeter wrote. Other fans have also showed concern online, like user @woodlandswifts who said, "i am genuinely concerned for ariana grande she needs time to grieve and to collect herself this constant pushing oh her to be on tour is obviously not good she's been crying on stage every night my heart hurts for her."

i was here and she was messing up during the first few songs & during rem. i think she’s still sick & she was feeling pressured to do good, she kept telling us she was sorry

On Sunday afternoon, Ari came out with a long, emotional statement on Instagram, opening up about the reason for her tears. She started off by expressing her gratitude for her team, her fans, her entire support system including her tour driver Kurt who bought pickles. "It's a dream come true. no matter how hard it gets or how many feelings come up that are screaming at me to be processed and sorted through one day, i'm grounded by gratitude and promise not to give up on what i've started," she wrote. "I feel everything very intensely and have committed to doing this tour during a time in my life when i'm still processing a lot ... so sometimes i cry a lot!"

She continued, "I thank you for accepting my humanness. i'm not sure what i did to deserve to meet so many loving souls every night / to feel so much love, but i want you to know that it really does carry me through. i feel it and i appreciate it. and all of you so much. "

Read her full message below.

It seems that Arianators are extremely understanding, so cry all you want and take your time to process everything, Ari!