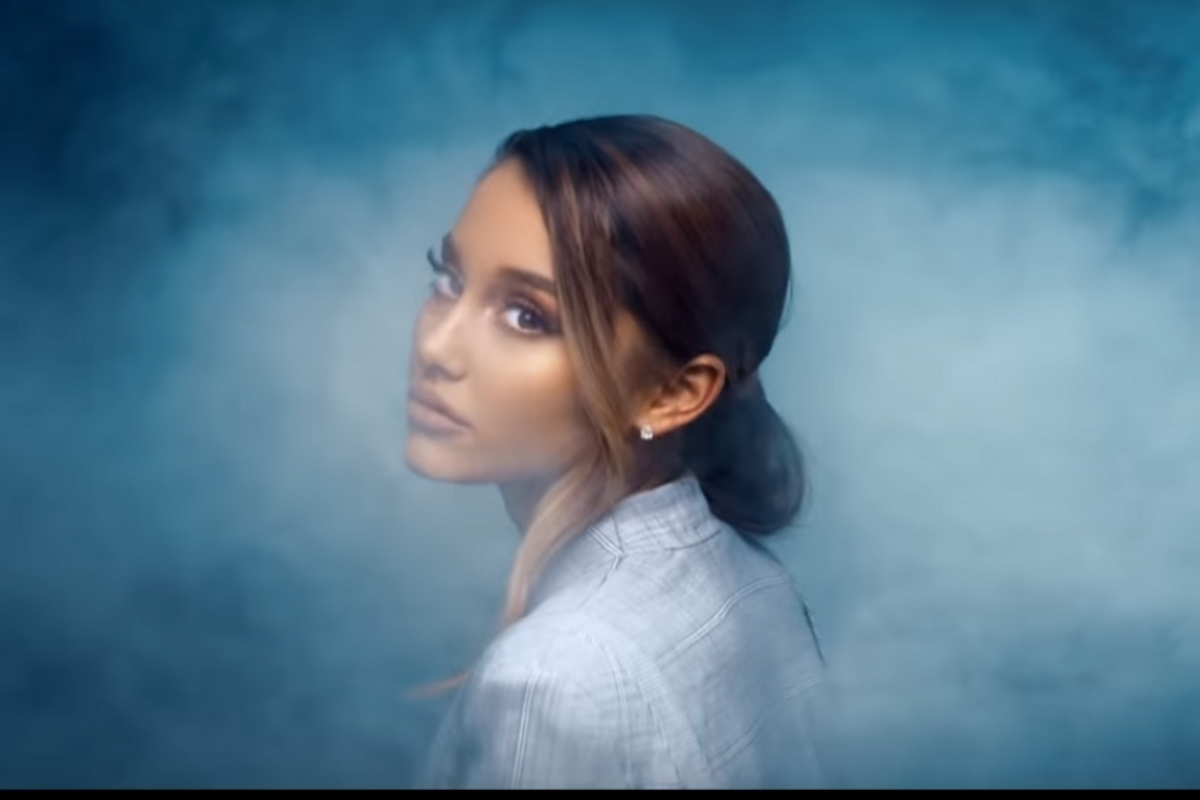 Did Ariana Grande Just Share The Tracklist For Her Next Album?

It truly is an exciting time to be alive if you are an Ariana Grande stan. Following her split from former fiance, Pete Davidson, Grande got back into the studio and delivered unto us a mature and self-affirming breakup anthem in the form of "thank u, next." But she's not stopping there, Grande has confirmed that a new album is on the way, despite Sweetener only being a couple months old, and it may be sooner than any of us could have reasonably anticipated.

As promised, Grande released her new music video for "breathin'" today after sharing a Piggy Smalls-starring visual a few weeks ago. Head literally in the clouds, the video delivers on Grande's big production, art-adjacent visual fantasy world that the singer has crafted over the course of the "God is a woman" and "no tears left to cry." Objectively a gorgeous video, Grande's latest has generated a large amount of buzz among fans but not for the reasons one might expect.

Fans are currently floating around theories that Grande may have already revealed part of her upcoming album's tracklist within the video for "breathin'" Pointing to a brief shot of a departures board rapidly flipping letter as people rush by, a curious trio of words is clearly visible for a second. One can make out "Imagine," "Needy," and "Remember" among the alphabet soup, words that are not mentioned or alluded to anywhere within the song itself.

It's a rather curious easter egg that goes unacknowledged in the rest of the video and now has opened up an ocean of speculation. Given the list-like presentation, and the video release's proximity to new album news, its not hard to make the leap that they could be new song titles.

track list in the breathin’ video or am i going crazy????? @ArianaGrande #BreathinMusicVideo pic.twitter.com/g6tFOYC39x

who else noticed this?
it literally says ‘NEEDY’ ‘REMEMBER’ && ‘IMAGINE’ from the “rumoured” AG5 tracklist pic.twitter.com/chN33Shcl8

Until more concrete information is released about Grande's new album it is tough to say what the words mean. In the meantime, Grande has blessed us with more than enough content from her First Wives Club-referencing performance of "thank u, next" to an upcoming Sweetener tour to keep us satisfied.