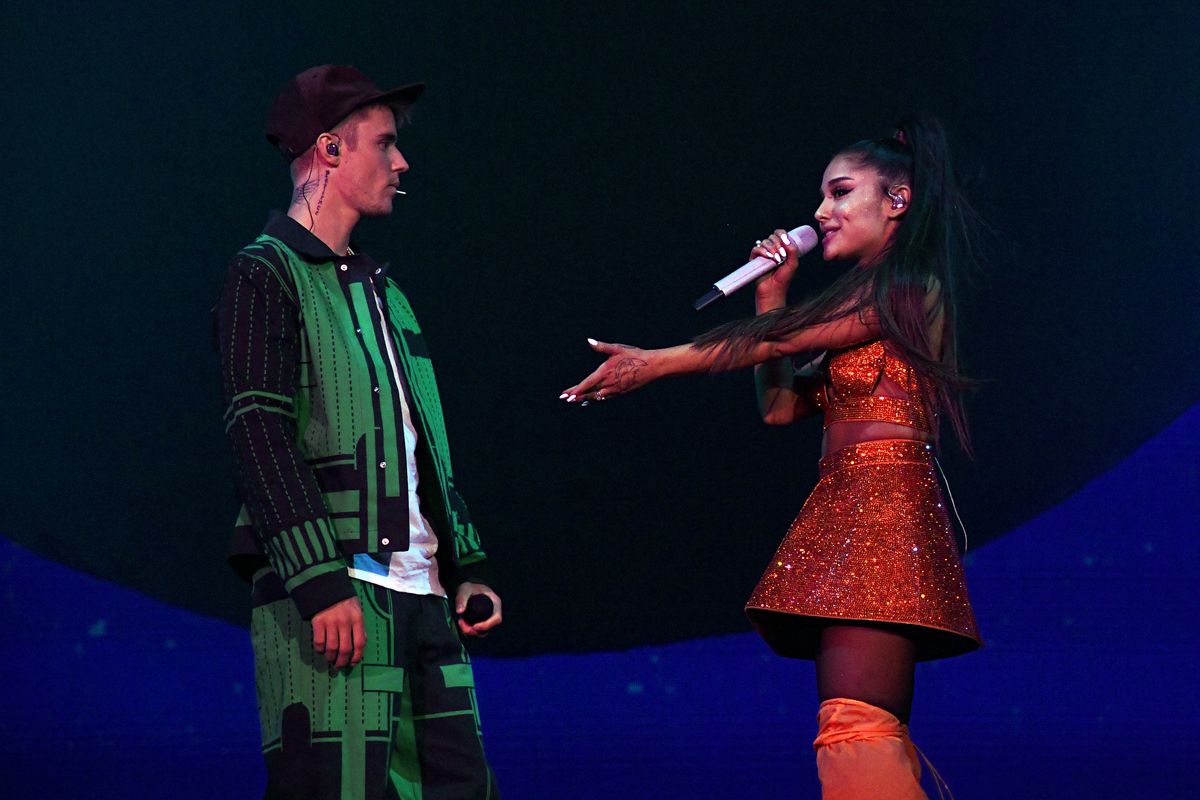 In case you missed the livestream, Ariana Grande closed out her headlining set at Coachella this past weekend by bringing out her bud, Justin Bieber, to perform a rendition of "Sorry." And while stans loved it, to many others, it appeared as if Bieber was lip syncing during the performance — something that was touched on by E! News host, Morgan Stewart.

In a Coachella recap segment, Stewart responds to the clip by saying, "I did not realize it was going to be that bad!" before adding, "He definitely looks like he put an Oxy pad on that forehead, but I don't care. That is fucked up!" That said, Bieber did not take kindly to her comment.

On Wednesday, the singer tweeted to Stewart, writing, "imagine if you spent even half the time you spend laughing at other peoples expense actually building people up and encouraging people." Bieber then went on to chide Stewart for not using her platform for good and positivity.

And rather than being positive you belittle people. Think about how awesome it felt for me to be on that stage after being away for so long the excitement and joy it gave me doing the thing i love the most, i sang to to backtrack like most cameos do this is a normal thing,

When are we gonna be the kind of people that find joy in adding value to one another and not tearing each other apart..

As a result, Grande came to his defense via a few, now-deleted tweets, including one that said, "People are so lost. One day everybody that works at all them blogs will realize how unfulfilled they are and purposeless what they're doing is and hopefully shift their focus elsewhere. That's gonna be a beautiful ass day for them! I can't wait for them to feel lit inside."

However, shortly after deleting the initial series of tweets, Grande reportedly replied to a comment explaining, "There's a big difference between journalism and what was happening in that video."

"I was hurt for my friend," she wrote. "My apologies to anybody offended by my lumping them together." It appears that Grande has since deleted that tweet as well.