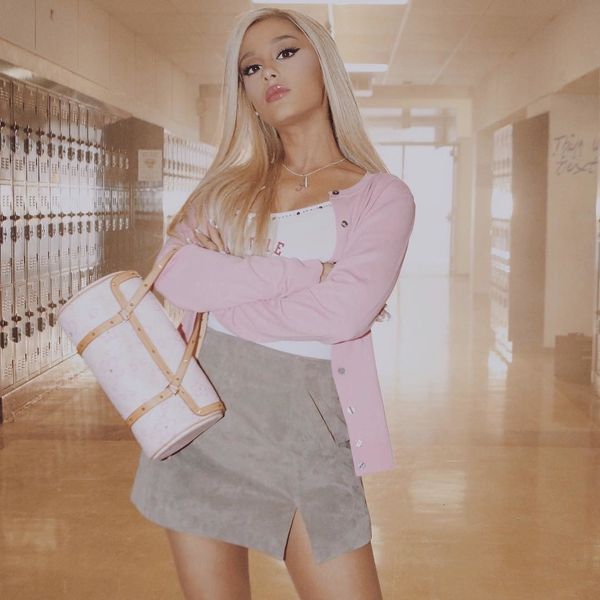 Ariana Grande Got Real About Sexism in the Music Industry

Ariana Grande is Billboard's Woman of the Year, so she sat down with the magazine to talk about gender inequality in the music industry. The lengthy interview, published this morning, is also filled with fun behind-the-scenes insights into the Sweetener/Pete Davidson era, as well as new details about how her wildly successful new single "Thank U, Next" came together.

Grande, who is famously tiny in stature but sky-high in vocals, talked a lot on the topic of being underestimated, specifically by men. According to the interview, she goes out of her way to work with Max Martin and Pharrell Williams in the studio because both producers respect her vision and "let her steer." In her experience, it's rare for men to cede control in this way when working with female pop stars.

Related | 'Thank U, Next' Songwriter Tayla Parx Is Preparing Her Own Pop Love Story

"I've politely walked out of sessions before," she said. "It has happened. I'm a small girl. People tend to underestimate that. And then I sit down and comp my own vocals and can produce my own session, and they're like, 'Oh, I didn't know you could do that.' I'm like, 'Believe it or not, there are plenty of tiny women that can do this.'"

She also talked about the absence of women on the Billboard charts — although she's an obvious exception to that rule, after becoming the first woman in three years to have a single debut at number one on the Hot 100.

"I would just love to see a chart with as many women on top as men," she said. "It's just so male-dominated. It's so easy for them. There are so many unbelievable female artists out there that try so much harder."

This is a topical subject — yesterday Spotify released its end-of-year streaming statistics, and men absolutely dominated. The top five most-streamed artists of 2018 were male. Most of them were rappers, too — a fact Ariana has also apparently noticed.

"My dream has always been to be — obviously not a rapper, but, like, to put out music in the way that a rapper does," she said. "I feel like there are certain standards that pop women are held to that men aren't. We have to do the teaser before the single, then do the single, and wait to do the preorder, and radio has to impact before the video, and we have to do the discount on this day, and all this shit."

Ariana, a sincere thank u for saying what needed to be said.