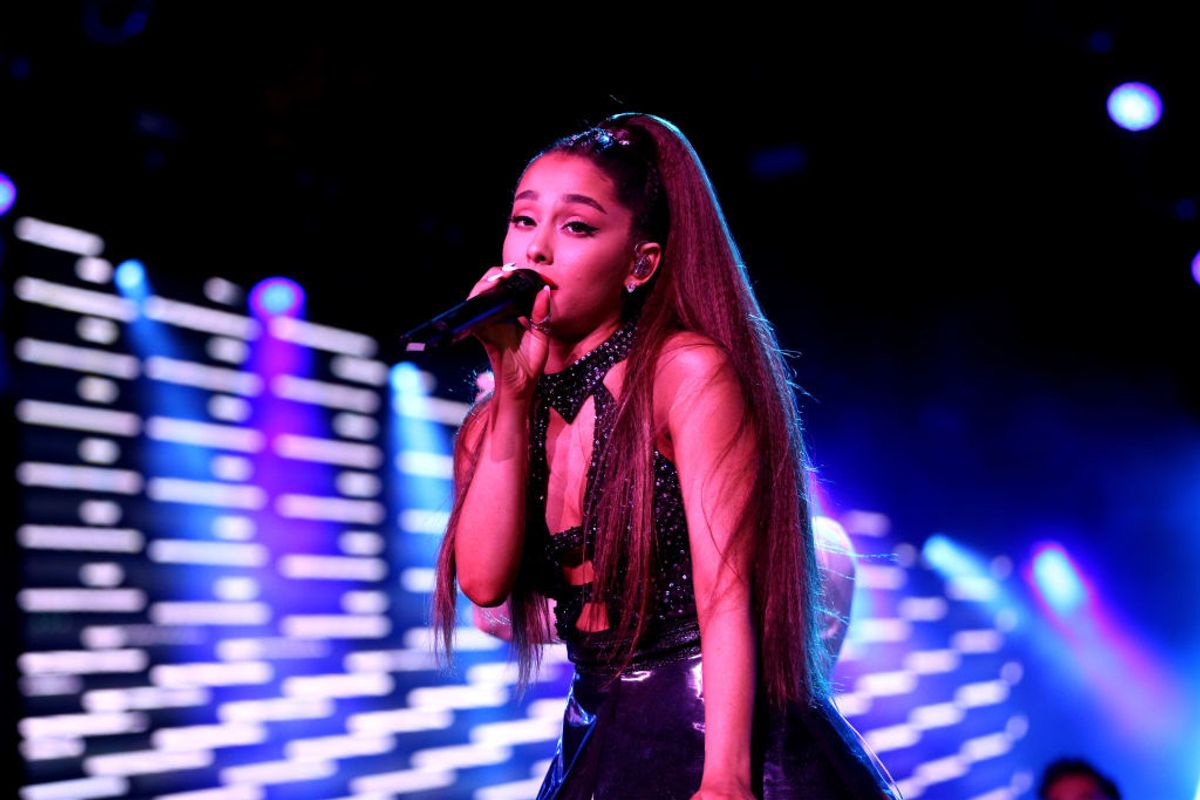 Ariana Grande's Dangerous Woman era only ended just over a year ago, but so much has happened since then that you could almost look back upon it nostalgically. Here to help with that is a brand new four-part YouTube documentary about the album and its corresponding world tour, streaming tomorrow.

Ariana Grande: The Dangerous Woman Diaries follows the singer's journey through 2017, when she was wrapping up Dangerous Woman publicity and beginning to record Sweetener. So yeah, to save you the Google search, Pete Davidson won't be featured.

What we will presumably get to see is the lead up to and aftermath of Grande's tragic Manchester concert, as well as the "One Love" benefit concert that followed it.

A press release also promises exclusive, never-before-seen footage of Grande recording with Pharrell, and rehearsing for the VMAs. YouTube calls the documentary a "love letter" to Grande's fans, who are definitely some of the internet's most devoted.

The first of four 30-minute episodes will be available tomorrow on Ariana Grande's official channel, with the rest to follow in coming weeks. Or you can pay for YouTube Premium and binge watch the entire series immediately.