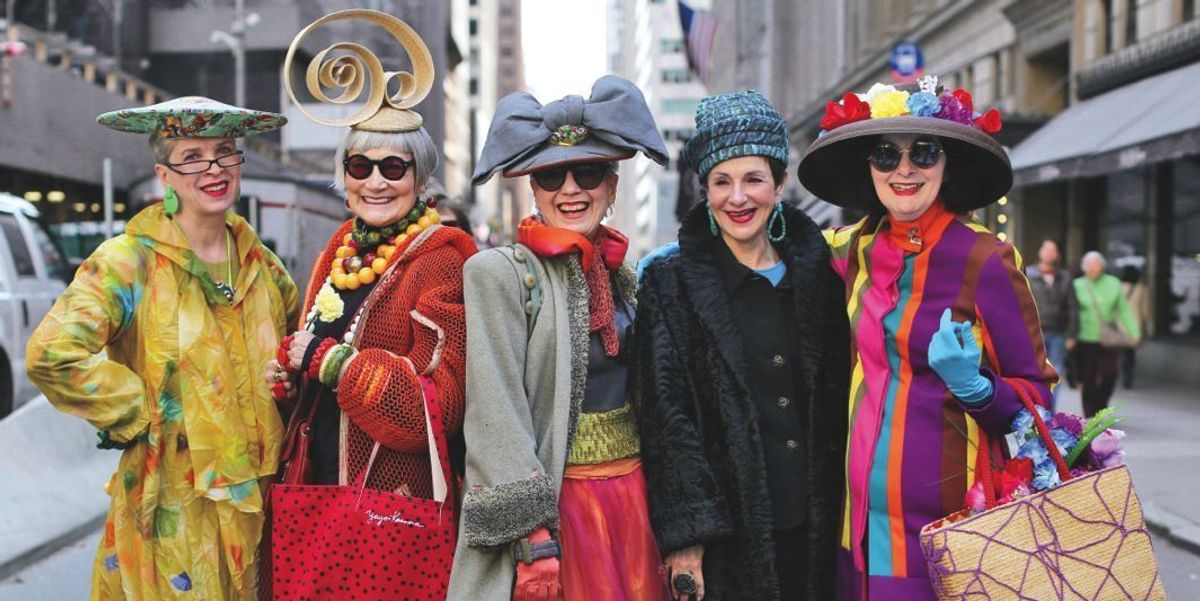 We all have our style icons: RiRi in a Swarovski crystal thong, Beyoncé in Roberto Cavalli with a baseball bat, Prince, always. But often our greatest style inspiration comes closer to home, or right in the family. For Ari Seth Cohen, the most influential fashion icons are the ones that we might overlook: our grandparents. Cohen is the writer and photographer behind Advanced Style, the influential blog, documentary, and book that not only has captured the gleefully outrageous looks of fabulous older people since 2008, but has also changed the way the fashion and beauty industries portray aging. The men and women that Cohen has featured on his blog, dressed to the nines and sharing their tips on how to stay vibrant and stylish well past our dictated "prime," have gone on to have campaigns with Karen Walker and J Crew, and inspired fashion houses like Celiné and Dolce and Gabbana to include a more diverse age range in their shows and ads.

Now Cohen is back with a second book Advanced Style: Older and Wiser, featuring more street style icons around the world, visiting Japan, Australia, Europe, Latin America, Argentina and more, including a slew of stylish men and a number of personal essays written by the subjects. The book drops in June but you can preorder here, and see Cohen and a number of the advanced stylistas at a reading at Strand bookstore on April 26th at 7pm. We spoke with Cohen on how his grandmother influenced his love of the outrageous, the changing perceptions of age in media, and some of the best advice he's received from the world's most fashionable ageless icons.

How did you begin taking pictures of these older men and women?

Advanced style started when I was a kid and was best friends with my grandmother. I always had a great affinity for older people and I wanted to run the talent show of an old folks home when I was a kid. My grandma had always told me to move to New York and when she passed away, I did. I had this profound sense of loss but at the same time I wanted to discover what she had told me was out there for me. I wanted to recapture the relationship I had had with her and I started to meet all these vibrant older people. It happened organically and I feel that my grandma had sent all these men and women my way.

I noticed a lack of a positive and optimistic picture of aging in the media. It was absent or very fear based.That wasn't what I saw, so I tried to show how these men and women are inspiring in the way they dress and lead their lives. I never thought it would take off and become a job for me, or that the fashion industry would start using older models all over the place.

This is Advanced Style's second book, following an award-winning documentary about many of the women involved. How have you seen the perceptions change over the years?

A lot of people are wondering if this is just a trend, if it will end. But you know it started in 2008 and I've noticed more and more all the older faces that are making it on to the runway and in campaigns and in television. There is a huge movement in social media. The women have started these social media accounts with huge followings from younger people. I think it's starting the conversation about aging, showing that instead of being treated as invisible these men and women are fighting back by being the most present and active and vibrant and vital as they can.

In America we tend to dismiss older people. It's so youth focused. These men and women show us that there is no end to the possibilities, until your last breath you can be in a campaign. It brings us all hope, there's less to fear and more to look forward to.

There are quite a few men photographed in this new book. Did you find a difference in their stories compared to the women that you photograph?

Hearing these men, who are all very dapper and tailored, they have a very similar way of thinking about it as the women do. It's an art form to them. Things have been changing in the past decade but I do think that women have more of a freedom to go all out with their style than men. But it is changing and you can see that around the world.

Everyone has their own philosophy. One woman tells me: "Put everything on that you love, look in the mirror and take a few items off." Another women, Barbara Chapma,n who's wearing this beautiful jewelry and tie dyed clothing in the book says: "Never do when you can over do." Another says: "Any colors will go together if they are repeated somewhere." I think the main tip is really to dress to impress yourself.

You have a very specific personal style as well. Any specific outfits or pieces you're excited about for the spring?

I just got these sparkly silver Gucci tennis shoes I'll be wearing to the book signing at the Strand, but actually a lot of women have been making me things to wear. This couple in the book have this beautiful love story and she makes all his clothing, so she made me some magical capes to wear. Another women in the book, Suzie Click, made me this incredible assemblage jacket.

At this point I'm fully into embracing whatever style I have. It's an advanced style at 34!

Click through the gallery below for images from Advanced Style: Older, Wiser. 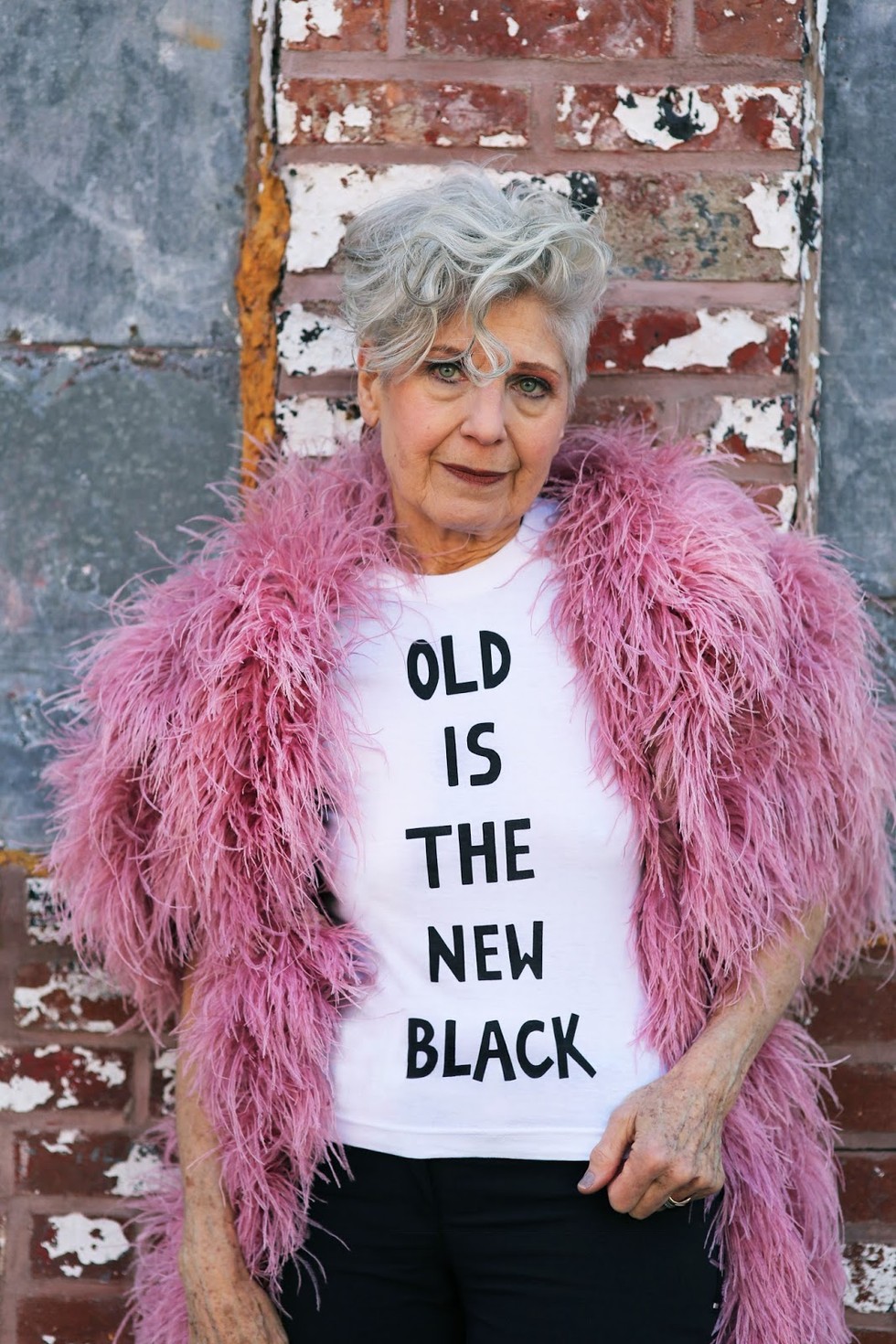 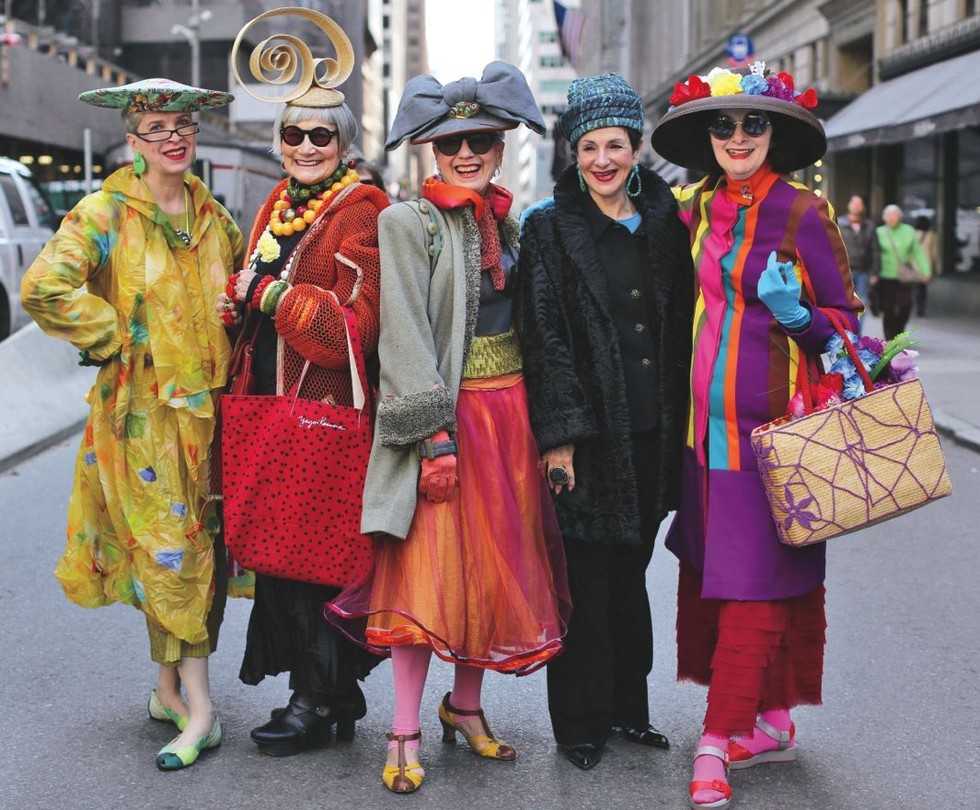 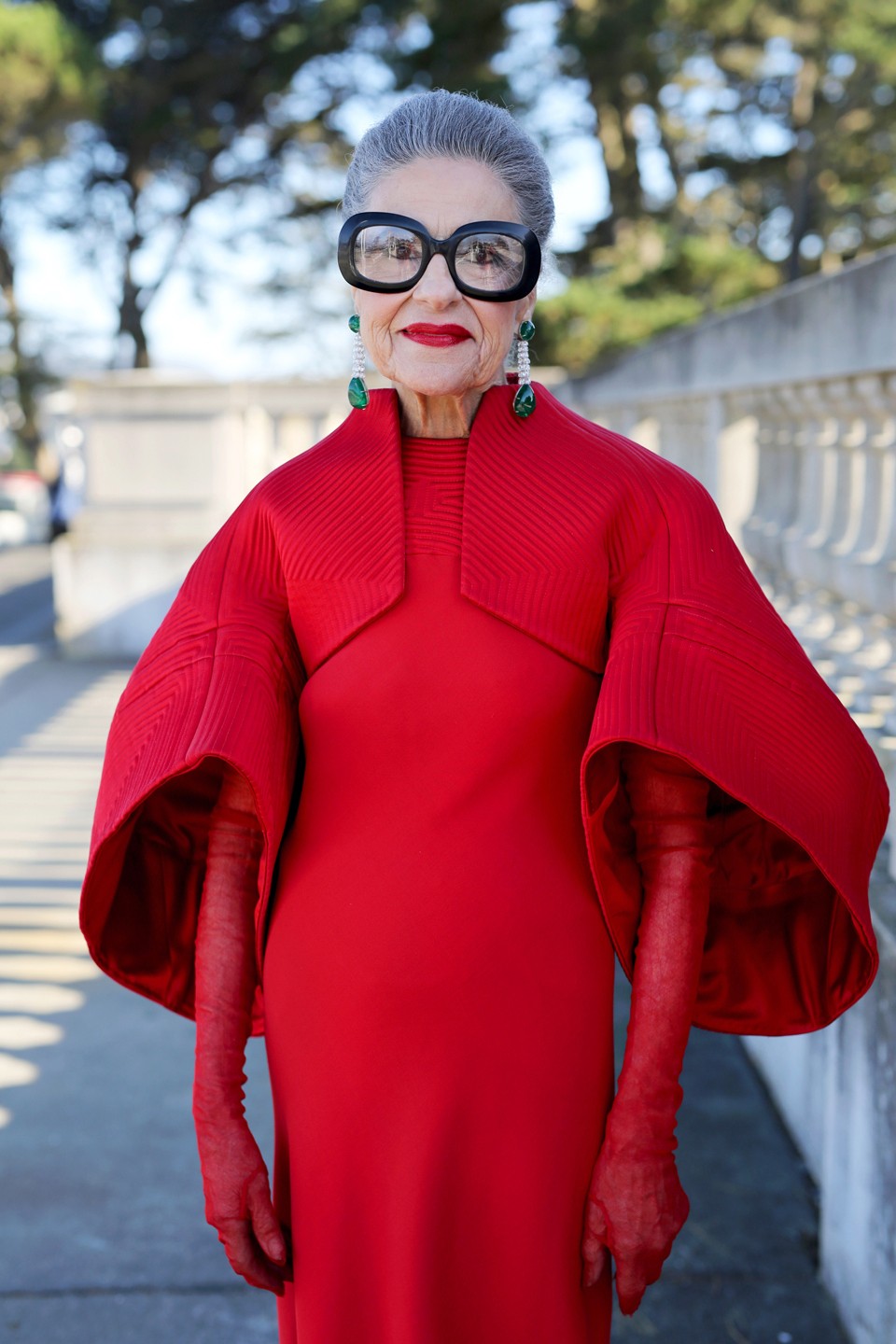 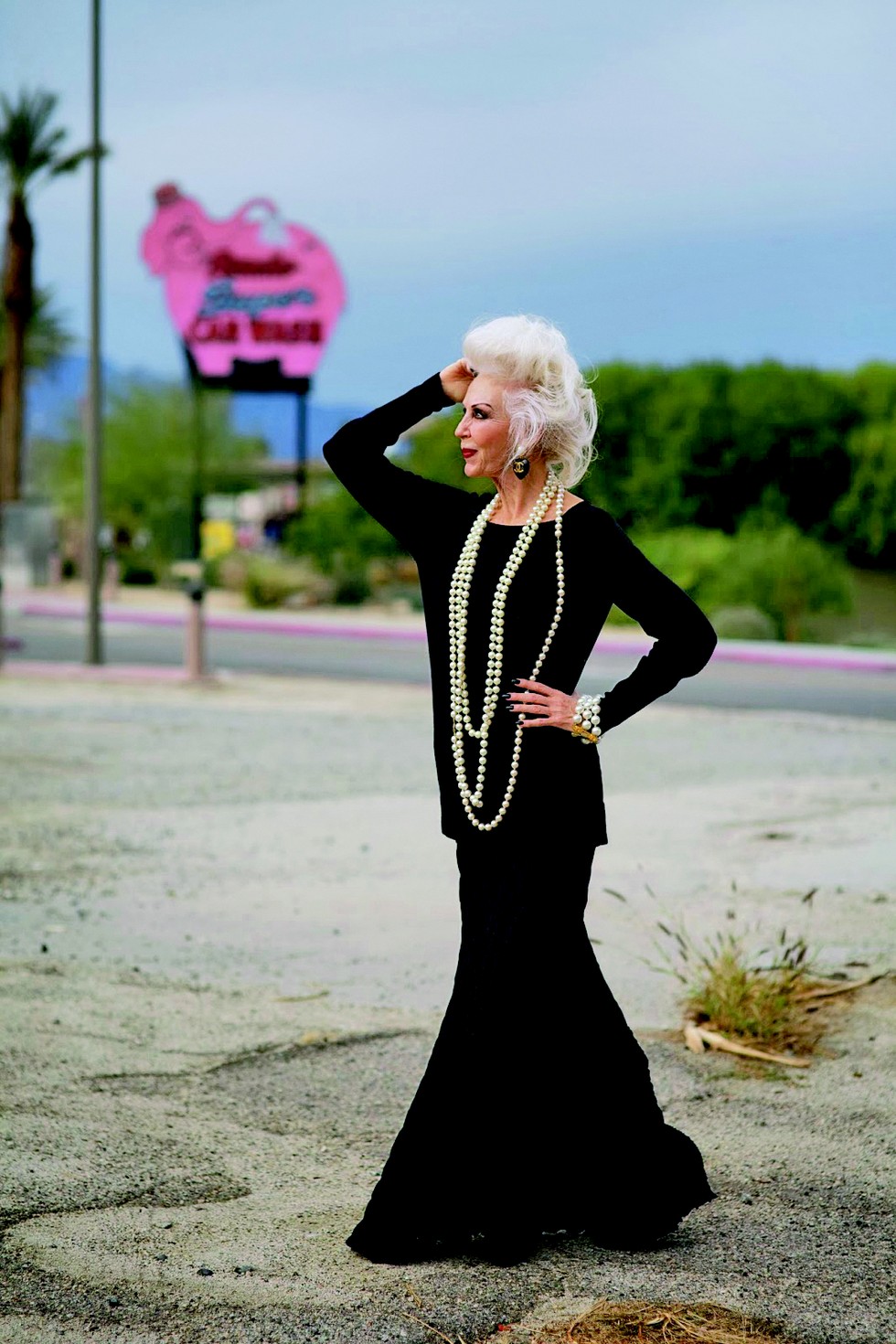 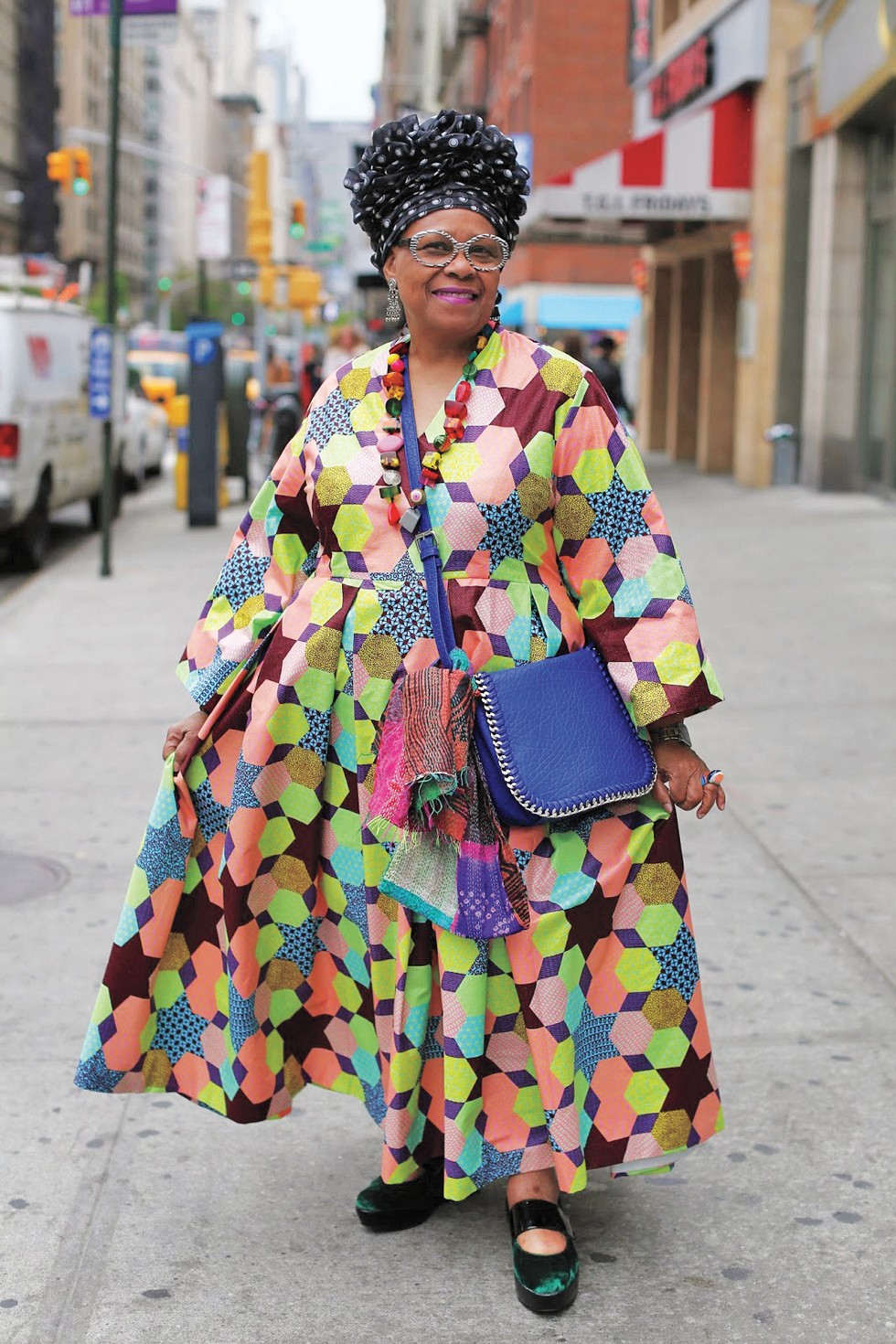 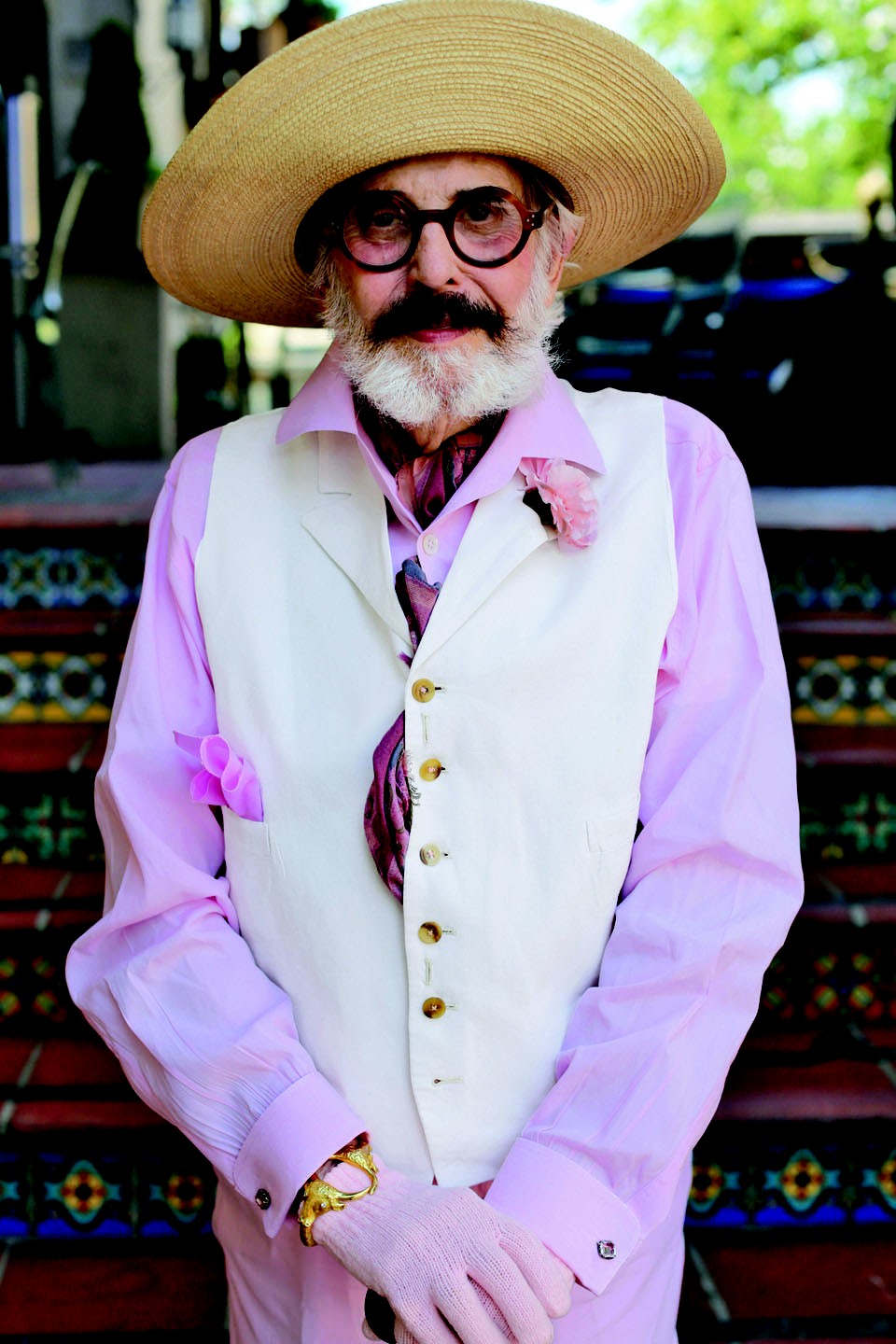 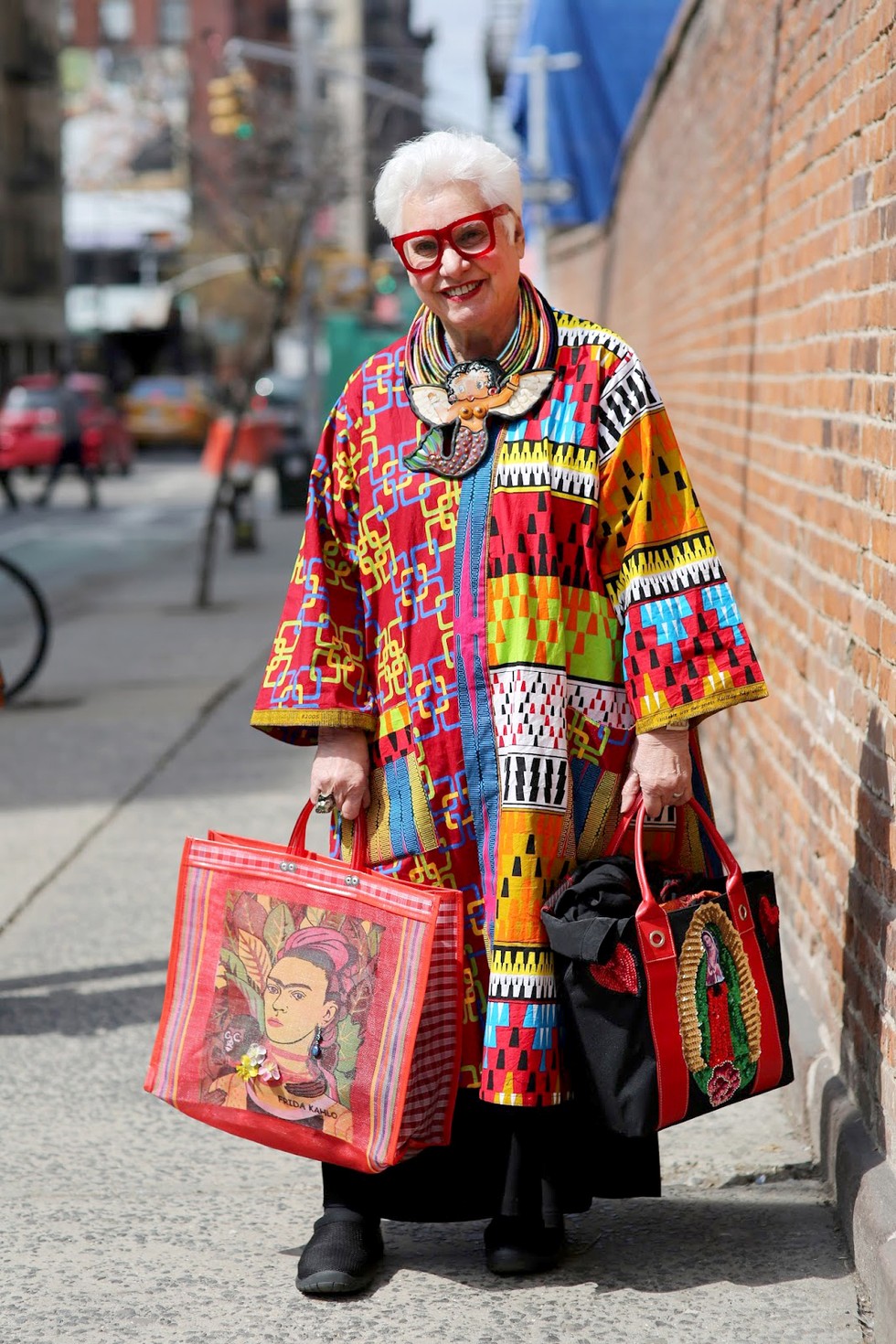 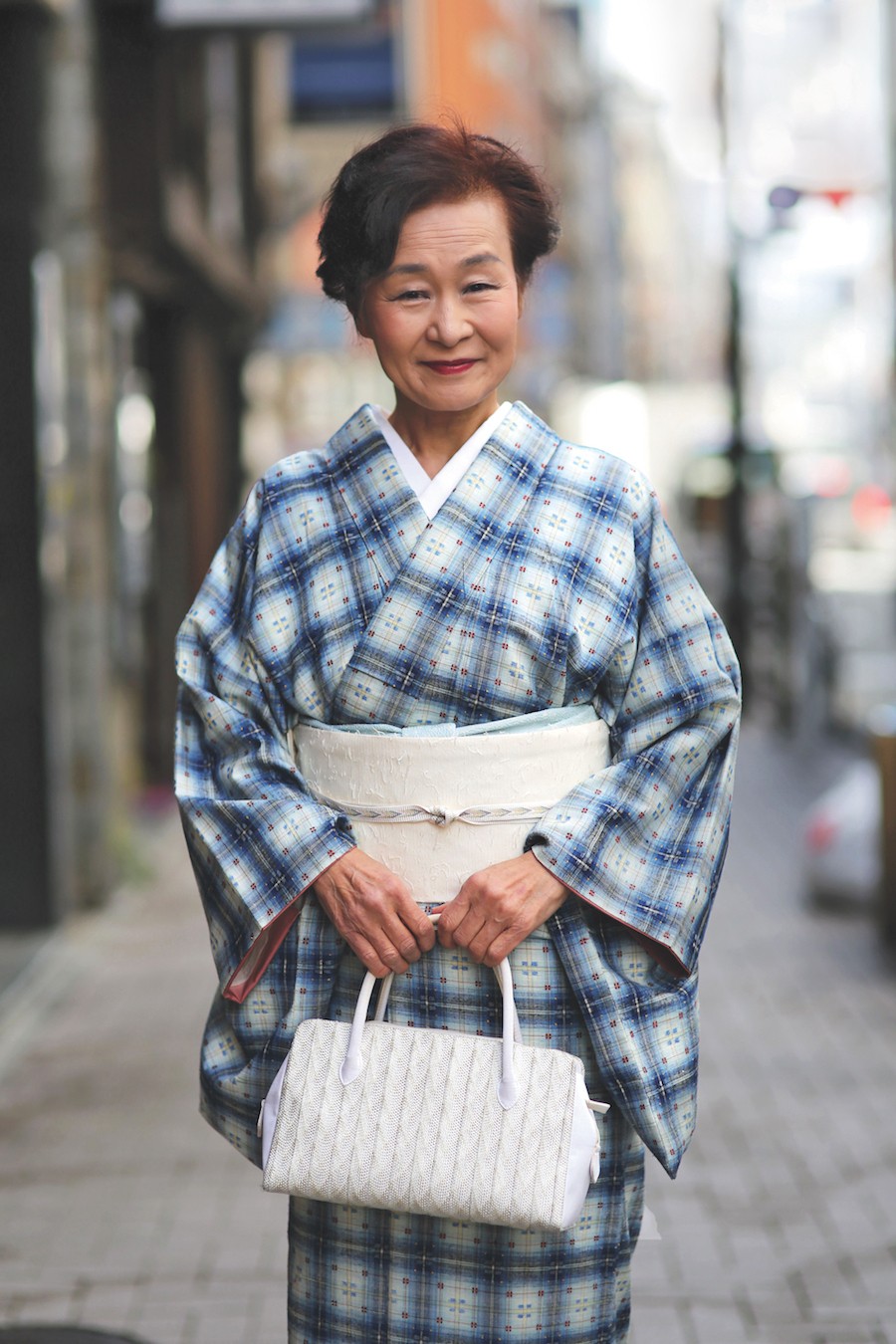 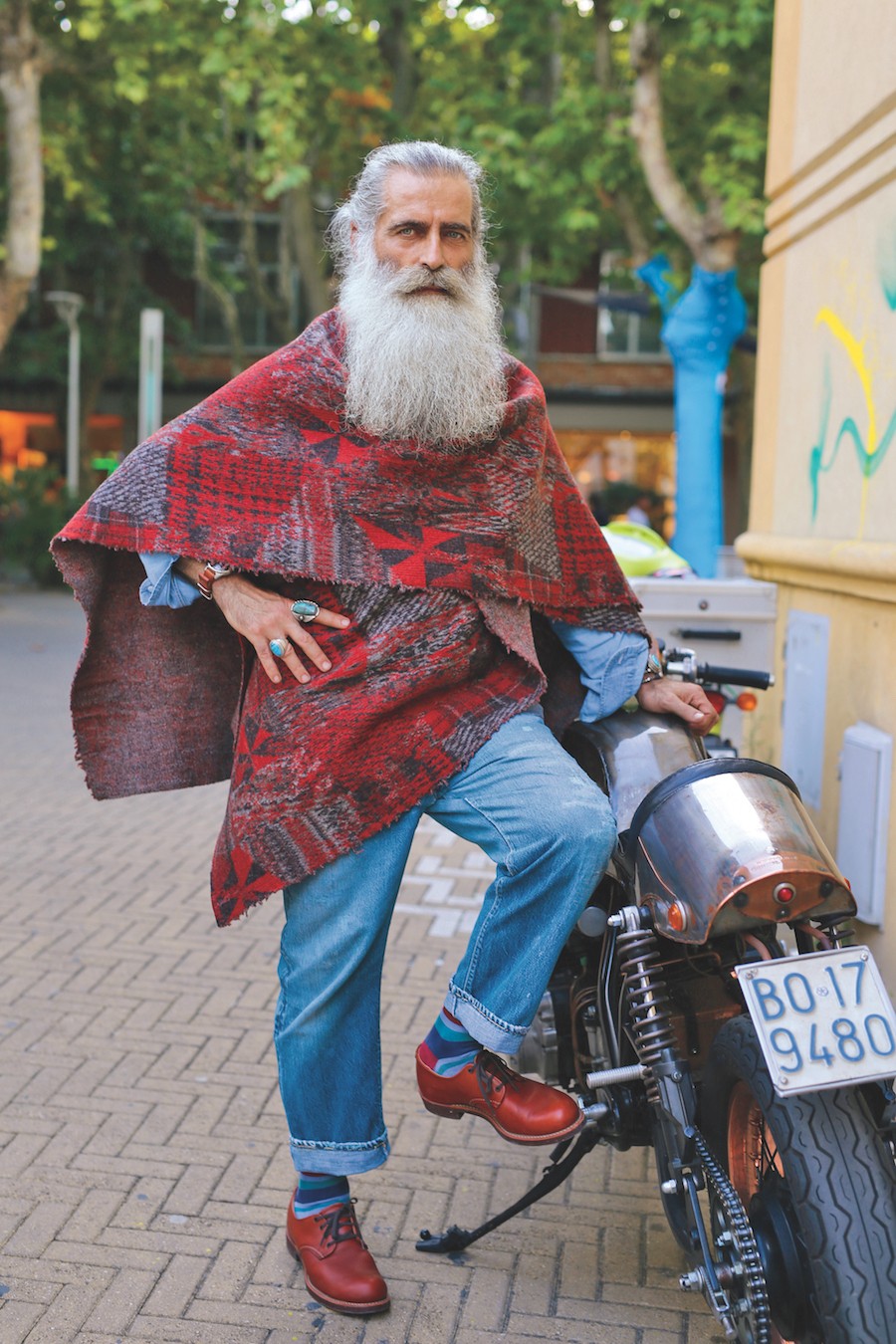 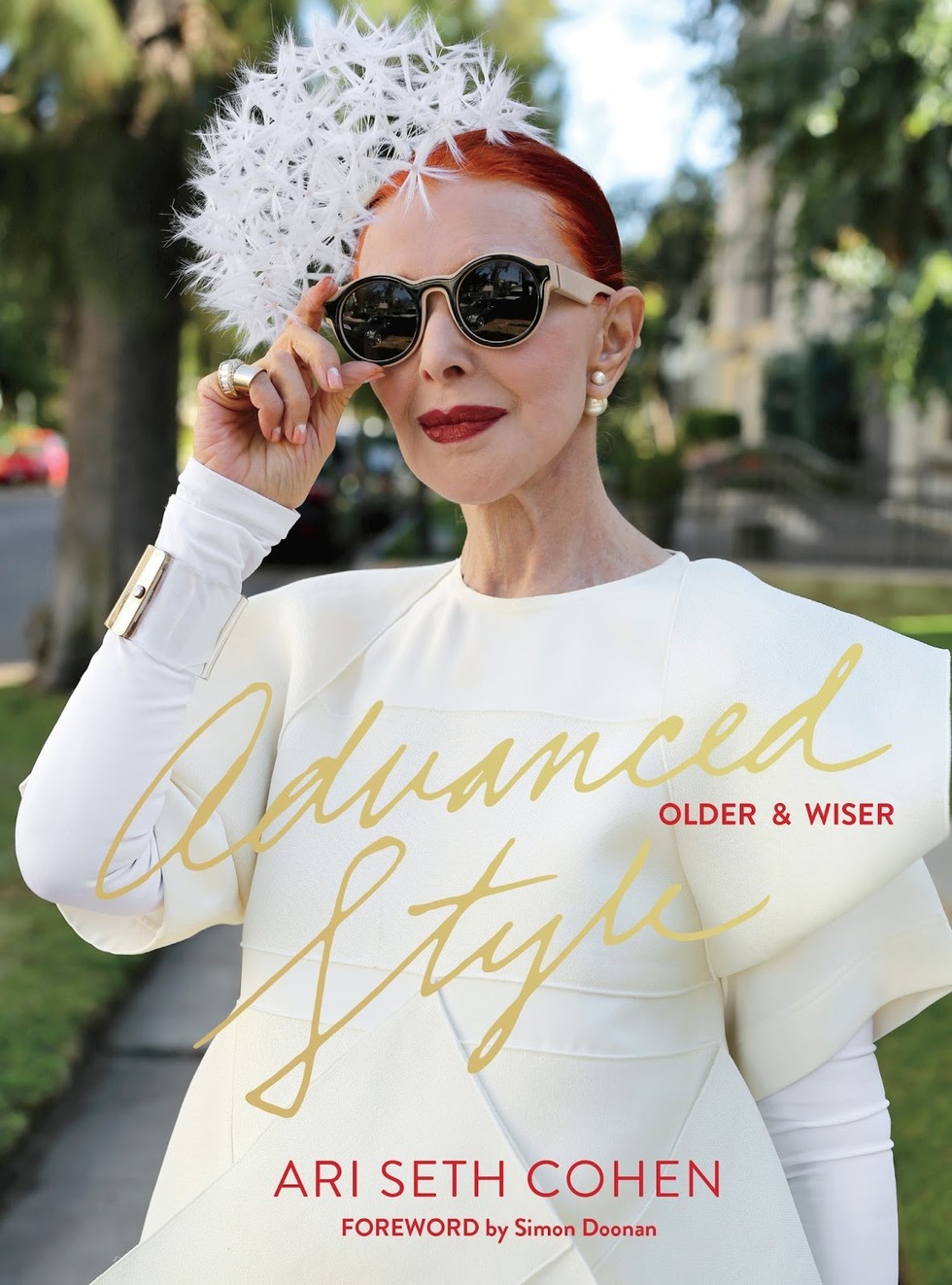