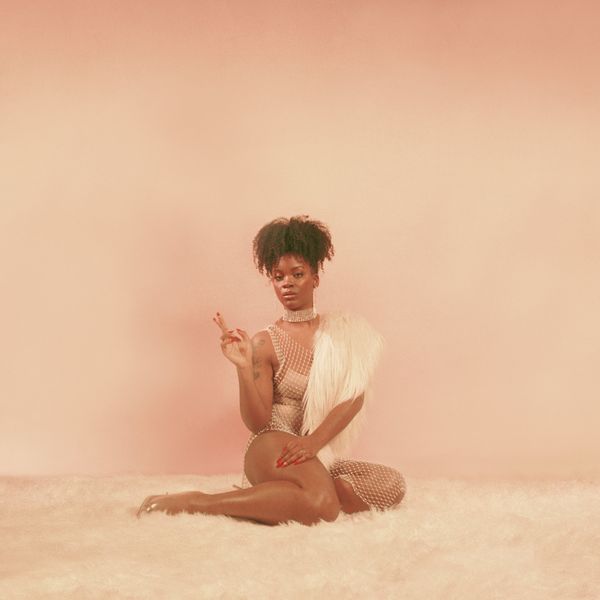 DMV-born singer-songwriter Ari Lennox grew a lot as an artist during her three years of hefty touring. While opening up for J. Cole, she learned to fine-tune her soulful R&B vocals to adjust to the tour's demanding number of rehearsals and performances. Touring is where she also picked up the name "Shea Butter Baby," a nickname given to her by a friend who teased her about constantly using shea butter to moisturize her hair and skin. Lennox grew to embrace the nickname and made it the title of her hit single featuring Cole that debuted last year on the Creed II soundtrack, as well as the title of her impressive new debut album.

Lennox's proper debut, Shea Butter Baby, has been in the works for over three years. She began working on it after J. Cole discovered her covers on the internet, and shortly after, signed her to his record label Dreamville in 2015. In the interim, she released her 2016 EP PHO, which included the standout single "Backseat" featuring her label mate Coz. The EP introduced wider audiences to an undeniably soulful voice that translates to a power and emotion reminiscent of neo-soul singers Jill Scott and Erykah Badu, who she grew up listening to, and the 60s and 70s soul singers that they were inspired by. "Every record that I've ever done is like a baby of somebody that I'm incredibly inspired by," Ari told PAPER over the phone on the day of her album release. With PHO, she established herself as an artist committed to telling contemporary and personal stories with the sonic flair of the R&B musicians that came before her.

Lennox and Cole in the "Baby" video

Just like the idols of her past, Lennox is selective about the beats she chooses to write to and looks for sounds that are lined with calculated instrumentation. For the album, she was attracted to mid-tempo jazzy beats that featured a splash of neo-soul, a major difference from the mainstream alternative R&B musicians who have dominated the genre for the past few years. There are no dance tracks or pop tunes on Shea Butter Baby. Instead, the album maintains a sensual and jazz-like feel throughout with traces of hip-hop elements. The presence of hip-hop did not come as surprise, seeing as how Lennox is the only woman and singer signed to Dreamville, a label anchored by one of the biggest rappers in the world and includes an impressive lineup of emerging rappers. One such emerging rapper, Atlanta's JID, spit a verse on the track "Broke," a bass-heavy tune that could have just as easily appear on a classic hip-hop album.

As exemplified on PHO and later Shea Butter Baby, Lennox is not only inspired by the sounds of past R&B musicians, but their sexual subject matter and the way they chose to express it. The 28-year-old singer is admittedly a very sexual person who is unafraid of talking about sex or her desire for it. On the album's lead single "Whipped Cream" she sings, I've been eatin' whipped cream, havin' vivid dreams / Of your face and through people on TV screens. She references singers Adina Howard and Marvin Gaye as artists she admires for their ability to make music about sex that conveys a sense of passion and at times, simultaneously, love. "Some of my favorite songs of the 90s and early 2000s and the 70s were when people were being sassy, frank, and ratchet," said Lennox.

Although sex may have been a consistent theme throughout the 12-track album, so was love: specifically, self-love and healing. Lennox used the album to express her final thoughts about her ex-boyfriend and the conflicts and joys she experienced while in a relationship: "This album represents the last time I'm sad for him but it still has a lot of happiness to it." The album contains a healthy balance of heartbreak and happiness. On "Speak To Me," Ari expresses sadness over the silent treatment she is receiving from her partner and the emotions of feeling uncomfortable in her own shared-home, while on "Apartment," she beams about the enjoyment of living alone without the burden of having to clean up or present a certain way to accommodate a man.

"This is definitely for everybody, but I think it's time for us to celebrate our chocolate selves and our natural hair and natural features. I want everyone to really love on themselves with this album."

To the average listener, the themes of love and love lost between two lovers may standout most on the album, but for Lennox, the empowerment of Black women and their place in the world is what she hopes will shine through. "This is an album for the chocolate girls who are constantly ignored and not glorified enough," Lennox said. "This is definitely for everybody, but I think it's time for us to celebrate our chocolate selves and our natural hair and natural features. I want everyone to really love on themselves with this album."

Lennox's desire for women to authentically be themselves and live life out loud, without shame also translates through her lively and candid social media presence. Her 221K Instagram followers have watched her take a stroll to the store to pick up an enema and crack jokes in one of her soft-spoken animated voices. Brief glimpses into Ari's humorous side also appear during hilarious monologues at the end of tracks "I Been" and "Chicago Boy."

Lennox confirms that the Ari Lennox from social media is the same as the one making the soulful music that has gradually attracted a large and loyal fanbase, who her friends also call Shea Butter Babies. This Ari is conscious about the power of her words and the beats she puts them to, and even more discerning about the energy she puts out into the world. Shea Butter Baby is a reflection of her thoughtful dedication to music and is an anthem for other 20-something shea butter-wearing Black women experiencing similar emotions of love, heartbreak, and adulthood.