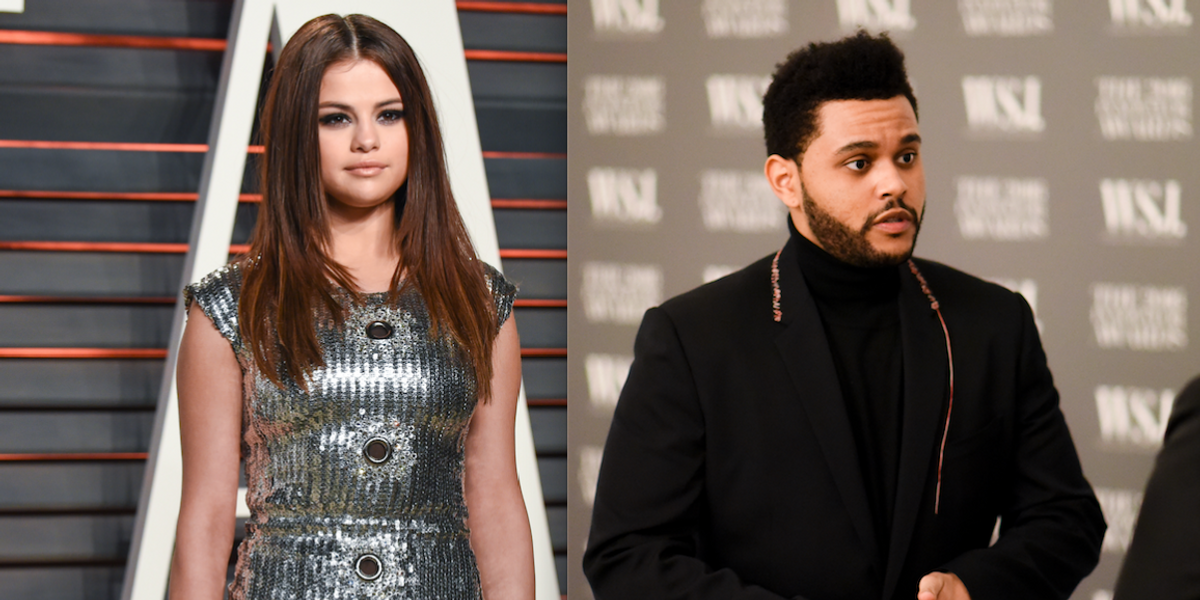 Are The Weeknd and Selena Gomez Trying to Be the Next Drake and Rihanna?

Back in 2011, Drake and The Weeknd seemed like best friends. The two artists, who both hail from Toronto, Canada, linked up early on, forming OVOXO, a combination between each artist's "brands": OVO (October's Very Own) for Drake, and XO for The Weeknd. They were all about the "Crew Love," but it seems like now that "love" may be playing itself out in a new way.

With the quickly developing romance of The Weeknd's relationship with recent Vogue cover star Selena Gomez, all eyes are fixated on the two to see what happens. The most recent development is from yesterday, when The Weeknd and Selena took a trip to an aquarium for a cute date—because who doesn't like looking at stingrays and sharks when attempting to be romantic?

The catch? This wasn't just any aquarium. It was Ripley's Aquarium of Canada, the popular Toronto aquarium that Drake took Rihanna to on a midnight date back in August 2016. (You might remember that the outing, where Drake won a stuffed camouflage shark for his lovely lady, inspired the matching shark tattoos both musicians got the following month.) Now, less than a year later, The Weeknd and Selena are going to the same place?

Could The Weeknd and Selena Gomez, currently being embraced as "Abellena" by the internet, be trying to copy the relationship (if you can call it that) of our beloved "Aubrih"?

Maybe. Of course, there's always the possibility that The Weeknd decided to take Selena to the aquarium as a way of showing his girlfriend one of his favorite childhood spots or something like that, since he (just like Drake) is from Toronto. But we're definitely keeping our eyes open. If a billboard is suddenly put up dedicated to Selena Gomez (and paid for by The Weeknd), then we'll definitely know that Mr. Abel Tesfaye is up to something slightly...less...than original.