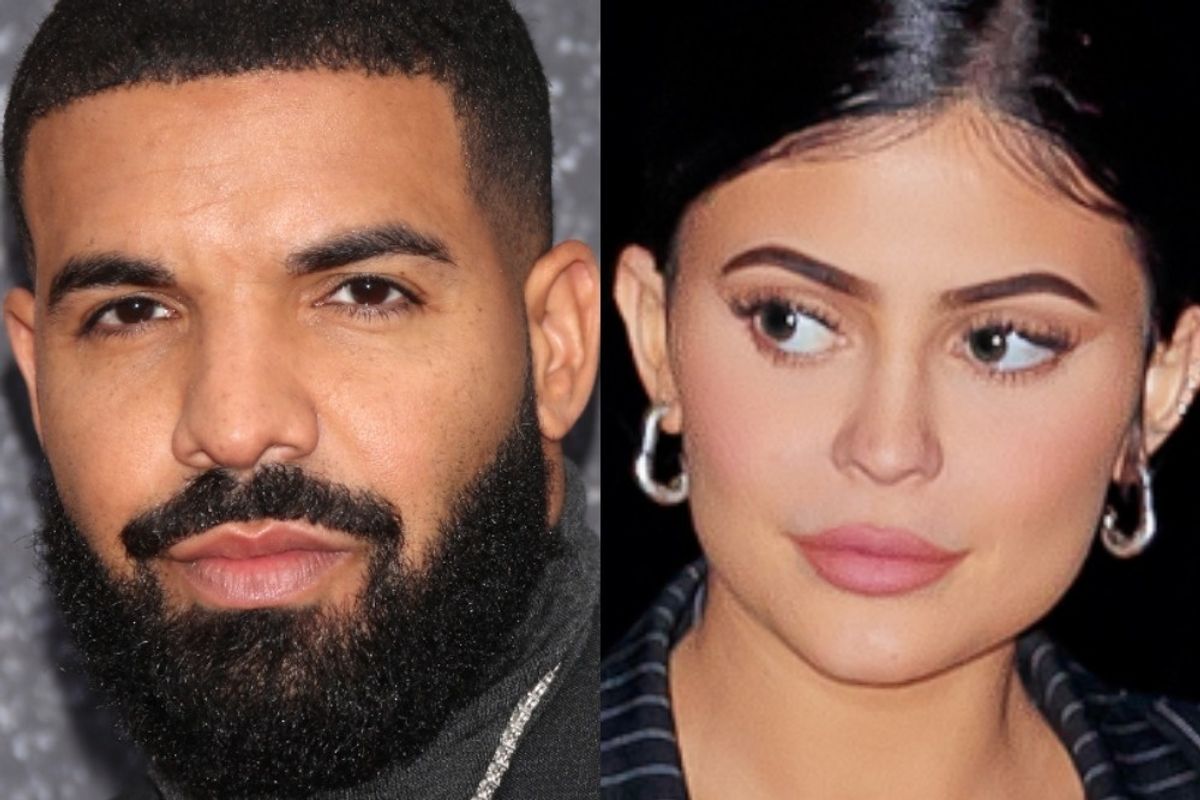 Kylie Jenner is currently rebounding from her break up with long term partner and father-to-Stormi Travis Scott, and if certain rumors and party reports are to be believed, she's been finding comfort in the beefy arms of Drake. She and the 6 God have been friends for years; he famously gave a surprise performance at her 2013 Sweet 16 birthday party, organized by Kim and Kanye.

Now we're hearing that friendship has maybe turned into fling. Tabloids took careful note when Jenner was spotted dancing closely with Drake at his birthday party in Los Angeles last week, and a few days later she stayed up until 5 AM at his Halloween shindig, both of them leaving at the same time. Drake: underrated party host!

Two People sources indicate that there's something non-platonic going on. One says that Drake and Kylie "have been spending time together recently," adding that "they've been friends for a long time and Drake is very close to the family." Another says the two started hanging out "romantically" when Jenner and Scott broke up in October. Of course, yet more sources insist they're just good friends.

Just a few weeks ago Jenner was supposedly having late-night trysts with her ex Tyga, so don't believe everything you hear. Still, I weirdly ship this possible Calabasas-Toronto romance.