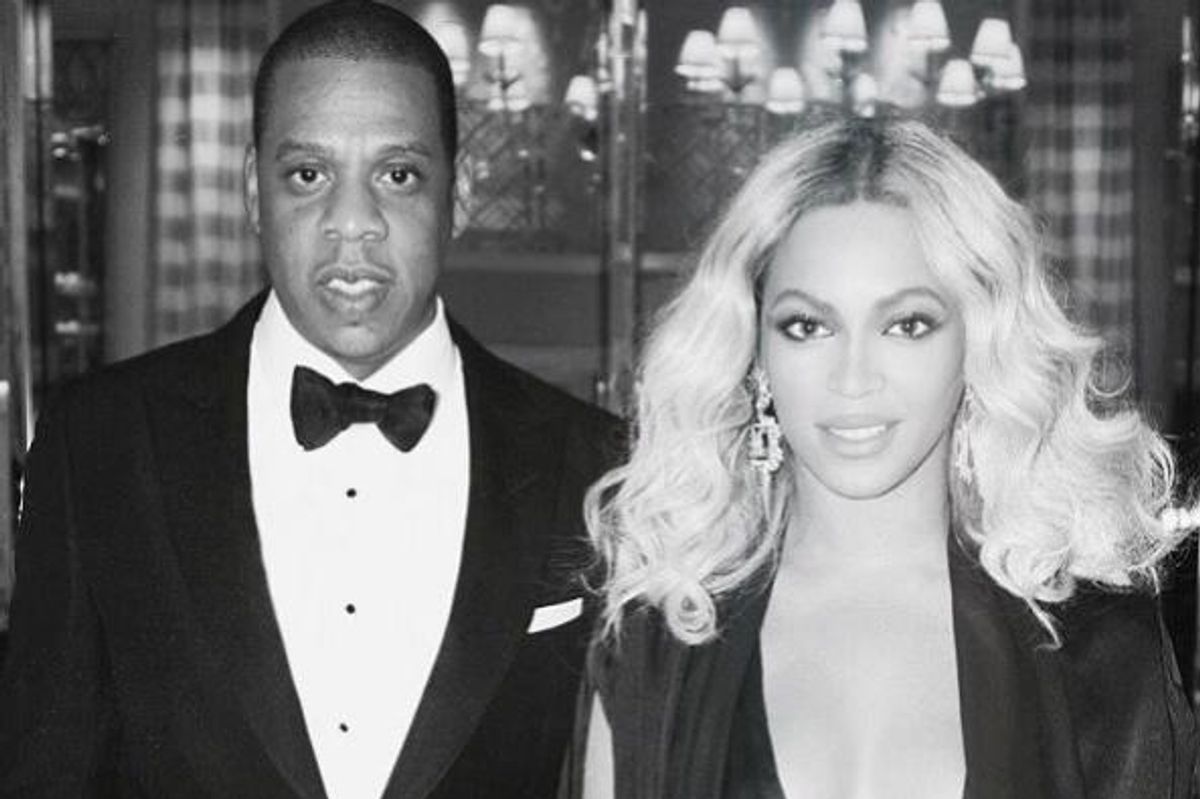 Hold Up, Are Beyoncé And Jay-Z About To Release An Album Together???

In the absence of any statement of any kind from the couple, most people have cobbled together personal theories on the implications Lemonade has for the marriage of incredibly private and inscrutable super-beings, Beyoncé and Jay-Z. On one extreme, some cynically view Beyoncé's magnum opus as a collaborative publicity stunt between the couple, who are laughing at us from the top of their Scrooge McDuck money pile. On the other extreme are the Becky-truthers, who have taken all the emotional content and cheating accusations of Lemonade at face value, close-reading all ringless public appearances and terrorizing Rachael Ray on Twitter. Most of us are somewhere in the middle, swaying a little from one side to the other, knowing that no matter what the truth is, we are ultimately just pawns in Beyoncé's master plan, and we know exactly as much as she wants us to know.

SO MAKE OF THIS WHAT YOU WILL! Page Six reports from "exclusive sources" close to the couple (Nana JJ, is that you?) that Beyonce and Jay-Z have secretly recorded an album together that will be released on Tidal very soon. The source explains:

"Jay and Beyoncé were never going to do an interview to address all the questions that came up after 'Lemonade.' It's more their style to respond through music."

Of course, their reps could not be reached for comment.