Archie's Gay Pal Kevin Keller Gets His Own Comic 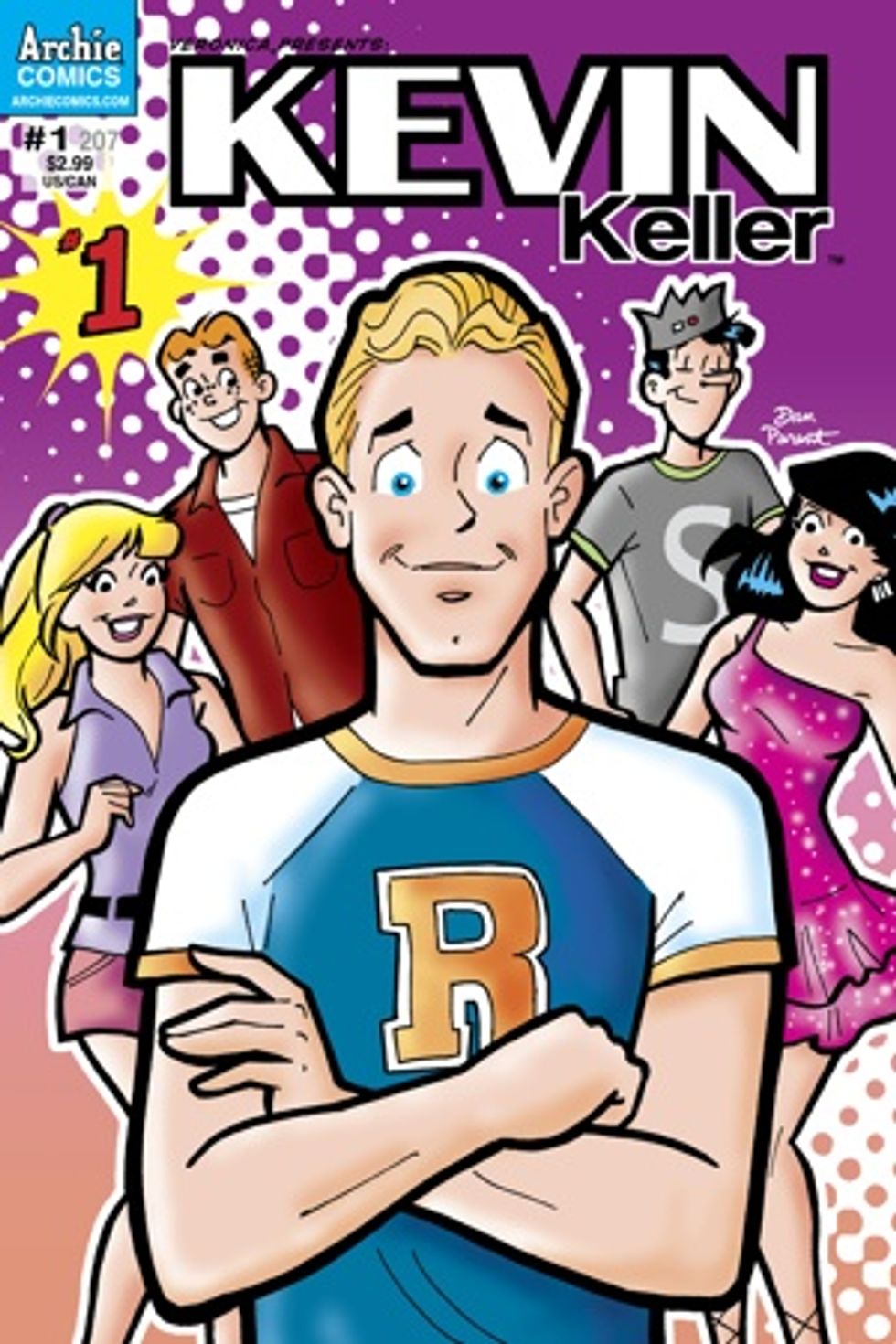 Kevin Keller, the blonde, blue-eyed hunk was first introduced to the Archie cartoon clique via "Veronica Comics" in 2008. And now this June, the openly gay cartoon character is getting his own eponymous comic. The four issue series will follow Kevin as he arrives in Riverdale and tackles tough issues like bullying and coming out to his parents. If the series is a hit, expect more Kevin. "This is the most important book this company has released in 70 years," says Archie co-CEO Jon Goldwater.