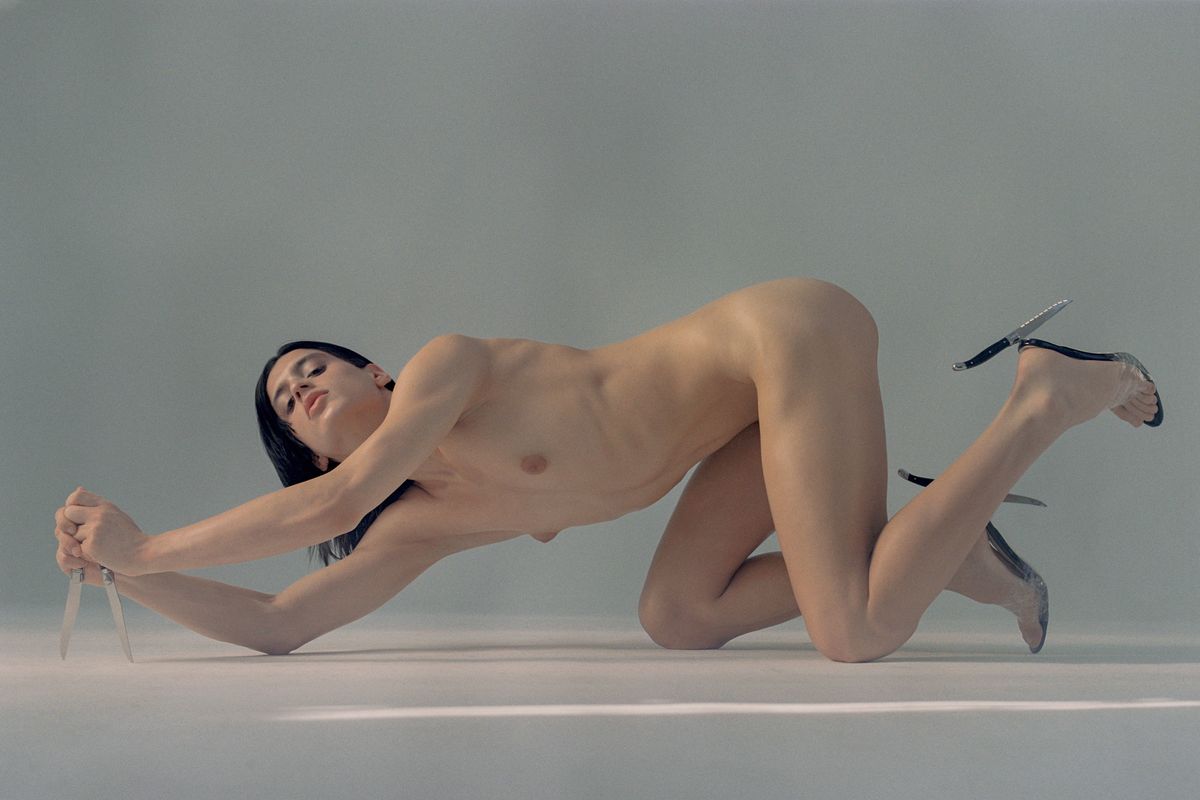 In 1987, something strange happened in Chicago. A local sportscaster for WGN's nightly newscast was running through the game highlights when the signal was abruptly cut off only to be replaced a few seconds later by a sharp buzzing sound and a video of someone in a Max Headroom mask and sunglasses bobbing up and down in front of a spinning sheet of corrugated metal. The hijack lasted for a total of 28 seconds before technicians at the station switched signals, cutting back to the visibly confused sportscaster who nervously chuckled, "Well, if you're wondering what's happened, so am I."

Two hours later, another disruption happened, this time popping up on the local PBS affiliate, WTTW, during an episode of Doctor Who. This hijack lasted for nearly twice as long and had sound; the rubber-masked person called another local sportscaster "a fricken' liberal"; held up a can of Pepsi; gave the camera the middle finger, which was covered with what appeared to be a hollowed-out dildo; hummed the theme song to the show Clutch Cargo and was spanked by a vaguely female-looking figure with a flyswatter before ceding control of the feedback to the station. Over 30 years later, the identity and motivations behind the hack remain largely unsolved.

"That gesture is so fucking crazy to me," Arca marvels, as the topic of media hijacking comes up while she's discussing her latest single "@@@@@." Her first solo work since 2017's Arca, the hour-plus-long single describes a world ravaged by an information storm where people often turn to analog technologies like pirate radio to escape surveillance, per the track's accompanying press release. "In hindsight, it was a reference to Jet Set Radio, this game that I was obsessed with on the [SEGA] Dreamcast," the artist and producer explains. "You were always listening to the radio and the characters had this little antenna coming out of the headphones they would wear as they skated around everywhere, did graffiti and spread this illegal gospel of forbidden religion that the government was trying to crack down on."

Back in the real world, Arca (aka Alejandra Ghersi) got exposed to another kind of broadcast takeover altogether. Growing up in Venezuela, she recalls that "Hugo Chavez would do these cadenas, [or] chains, that would force all television networks into his live feed. It's a fitting name because basically it would tie everyone up to watching the same thing — him talking. Some people were watching their favorite telenovela — the fucking telenovela they were looking forward to watching all week — and bam! There goes Chavez for hours. It was insufferable." As a form of protest, people would hang out their windows and bang on pots and pans in what is known in South America as a cacerolazo until the entire neighborhood became one massive metallic cacophony. "It happened so often that I'm sure it left some unconscious mark on me of what it means to protest through sonics," she says. These experiences have informed her way of thinking when it comes to sharing her own music and her own ideas. "I don't want to force anyone to listen to my message," she says. "I'm trying to create a space rather than take over another."

This notion of creating space — of rejecting the idea that two different things must be mutually exclusive — has become central to Arca's work and to her life. It's a frame of mind that casts aside absolutes and black-and-white thinking, in favor of acknowledging that everyone and everything lives in a constant state of flux.

"There was a long time where I identified a desire in me and wasn't sure I had what it takes or the bravery to express that."

It is this nonbinary way of thinking that proves key in understanding the physical, emotional and artistic transitions the artist has embarked on in the years since her last album. "There was a long time where I identified a desire in me and wasn't sure I had what it takes or the bravery to express that," she explains, pointing to the lyric "quitame la piel de ayer (take the skin of yesterday off me)" from that album's opening track, "Piel," as a jumping-off point. "I didn't really know what the lyrics meant when I wrote it, but I felt passionate about it. It was my intuition giving me permission to finally venture into the unknown with all the risks that it would entail."

There has long been an element of fluidity in Arca's gender expression. Her wardrobe on and off stage has featured a mix of assless chaps, stiletto stripper boots, matador jackets, corsets, harnesses and any other garment that could possibly subvert expectation. Her sound, too, transcends gender: In the span of a single song, you can sometimes hear her vocals wildly vacillate between an operatic falsetto and a booming baritone before being altered into an alien register never heard before and back again.

But in a November Instagram live story, Arca offered some new clarifications, speaking about her gender transition and answering questions from fans. (Having gradually shifted to "she/her" pronouns, Arca says "I identify as a transwoman, and I see my gender identity as nonbinary.")

"There's an element of a leap of faith when you start changing your body in irreversible ways," Arca explains about her decision to transition. "For me, the most beautiful and poignant moment was this realization that I need to be willing to look into the mirror and not recognize myself for a moment." As a result, she kept coming back to the same question, "What kind of body do I want to leave behind?" It wasn't a matter of language or legacy but instead something far more tangible. "We have this idea that land can belong to someone or intellectual property can belong to someone, but when all is said and done the most quintessential thing that I could say belongs to someone is their own body. Tides come and go, but our body is the only thing I consider to be one's own — the most intimate canvas one can modify to express some criteria of beauty or some faith or some hope."

For Arca, the physiological act of transitioning is not detached from a nonbinary mode of thought. "I think nonbinariness is corporeal; it's a reconciliation between how we see ourselves as part of a collective and how we want to express our individual urges in the context of that," she says. "There's something primordial about it." In a sense, nonbinary is more than just an identity — it's a mentality. It's a way of reconciling an amalgamation of contradictions contained within us and coming to terms with the fact that not all questions get an answer. That instead we should replace politics, where "there is this assumption that one person is right and one person is wrong," with philosophy, where "the asking of questions [is] more important than whether there is one true answer." Because, after all, "Faith without doubt is not really faith, it's just dogma," she observes.

"There was an instinct in me to have this part that's very intimate and idiosyncratic in response to the fact that when I collaborate with other people, it was their mission and their songwriting that I was attempting to serve."

This curiosity is the guiding philosophy that Arca brought into the creation of her latest album, KiCk i. "The overriding theme is to allow the shape-shifting to happen more fluidly and let all these different self-states occupy the same space harmoniously," she says. It is by far her most pop-leaning record to date, harnessing her inventive sound design and decade's worth of experience producing for artists like Kanye West, FKA twigs and Bjork and making it coalesce around the amorphous creative entity that we have come to know as Arca. From the lush billowy synths on the electro-pop ballad "Time" to the urgent reggaeton candor of "Tiro," Arca's fingerprint remains palpable even as she steps back from the avant-garde elements of her work that might otherwise be alienating. "There was a deliberate desire to connect with audiences in a different way. I felt emboldened to reach out, in that manner," she explains.

KiCk i also marks the first time Arca has invited other artists into the fold, with features from Björk, Rosalía, Shygirl and SOPHIE. "For a long time I felt the need to establish my solo work as a foil or contrast to my collaborative work," she explains. "There was an instinct in me to have this part that's very intimate and idiosyncratic in response to the fact that when I collaborate with other people, it was their mission and their songwriting that I was attempting to serve." In overcoming that self-imposed restriction, she's subsequently opened up a whole new realm of possibilities for herself that has resulted in some of her strongest, most sublime work to date. "There's this putting aside of my own ego and attempting to hear things and see things in this third space that's not my own, and it's not the other person's, but it's this third thing that gets created when you get in the studio with someone."

On the album's opening track, "Nonbinary," Arca repeatedly implores the listener to "speak for your self-states" amidst an eruption of artillery fire and thundering kicks. "I'm asking for recognition that we have multiple selves without denying that there's a singular unit," she says. "[It's] the difference between the pronoun use of 'they' and 'it.' It's that I want to have my cake and eat it, too. I want to be seen as an ecosystem of minor self-states without being stripped of the dignity of being a whole." For Arca, it's about bringing together all of these different facets of her self and her work without having to feel beholden to any given one. It's why she felt it was so important to put out a 62-minute song — "@@@@@" — as a sort of prelude to the album. "It gives me the feeling of possibility, to not allow for easy categorization. I wouldn't want to just go pop and I wouldn't want to go full experimentalist," she says. "That's where a nonbinary mode of thinking feels really fertile. It opens possibilities rather than collapsing things. Allowing for change without resisting it."