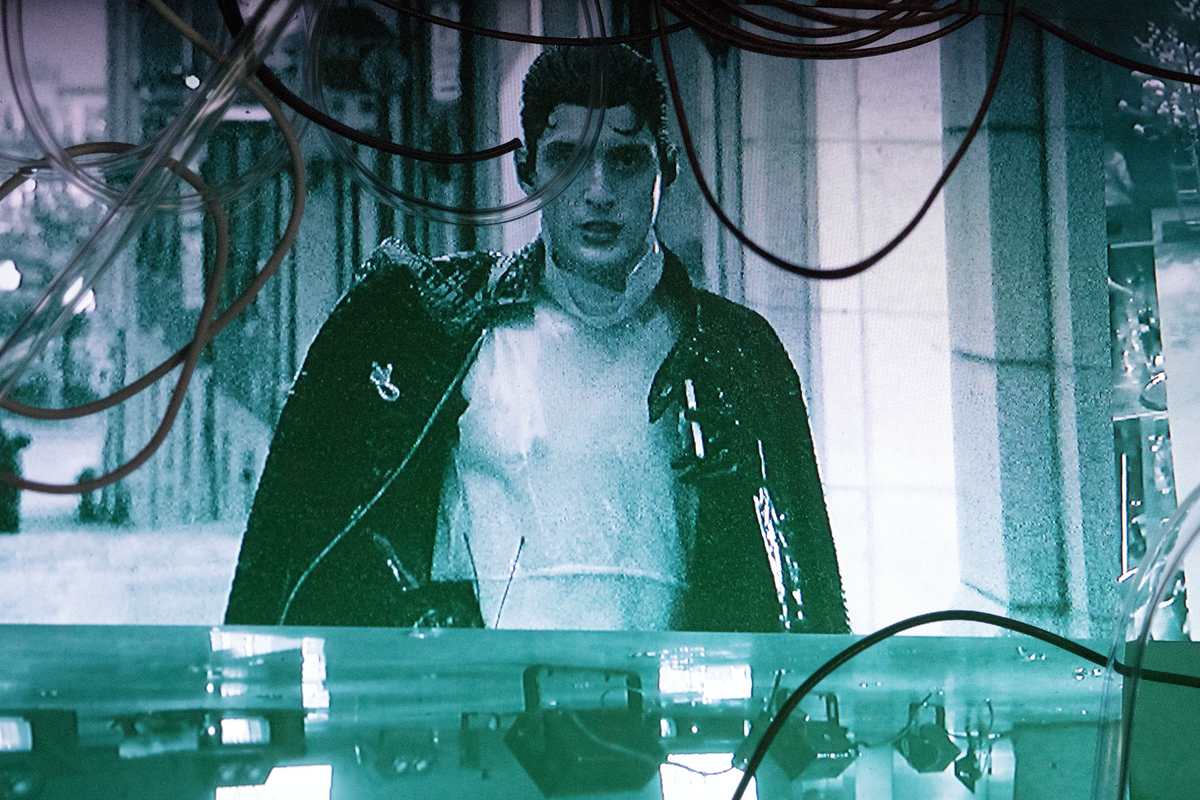 Prada and SSENSE, a Montreal-based fashion platform, recently teamed up with electronic producer Arca to create a performance and installation piece called Tormenta (Spanish for "storm"). The performance marks the opening of SSENSE MONTRÉAL, and took place in three of the flagship building's five floors.

The performance was intensely physical. Arca, clad in a long leather jacket, plastic turtle neck, mismatched thigh-high heels, bits of long rope, and slicked back hair, escaped a cage, swam in a pool, and, eventually, left the space on a motorcycle. The residual debris from his performance remains in the space as an installation for people to visit. The installation was created by Arca and Carlos Sáez, and will be on view until June 3, 2018.

The performance was filmed from multiple camera angles and can be viewed here. More art will be added to the site, which will "[document] the entire project, culminating in the release of an original video featuring new audio material from Arca," a press release states.

Arca is also releasing a capsule collection with Prada that consists of four pieces ranging in price from $295 to $745.

Check out images from the performance, below: