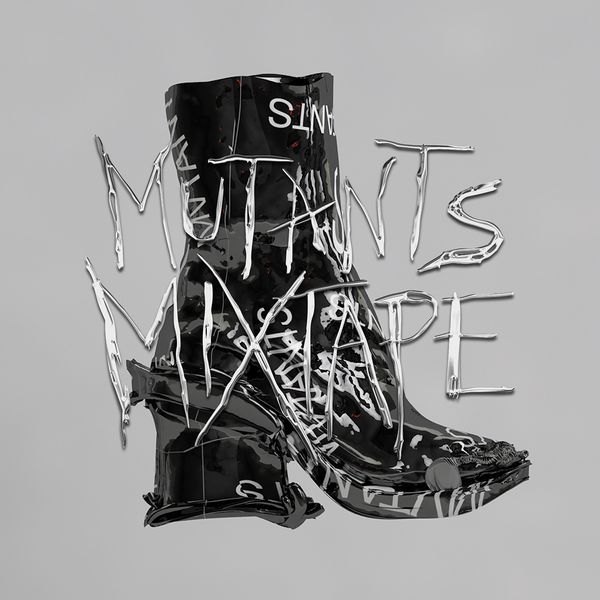 How Arca Stans Became Their Own Creative Force for Good

If we have learned anything this year it's the sheer power and ability for stan communities to mobilize their forces for the greater good.

K-Pop stans managed to take down a Dallas PD tipline targeting protesters by flooding it with fancams earlier this year and not to mention the ARMY managed to match BTS' one million dollar donation to Black Lives Matter in just a day. United in a shared love and appreciation of an artist, the communities that pop up often become their own fertile grounds for collaboration and creation takes on a life of its own.

Earlier this year, nonbinary experimental polymath, Alejandra Ghersi, better known as Arca, founded her own Discord server, Mutants1000000, as a place where fans could interact with her and one another. The virtual space quickly took on a life of its own, branching out in different directions with channels devoted to sharing art, music, dreams, philosophy, book recommendations and more populating the space like a pre-MySpace forum.

Out of this emerged the Mutants Mixtape. A community-driven and curated compilation series released to coincide with Bandcamp Friday in order to raise funds for various organizations that directly benefit POC, queer and trans lives, the project not only quickly garnered Arca's support but direct contributions in the form of two brand new tracks as well.

"Mutants Mixtape really started once the death of George Floyd occurred," Arie, one of the Discord channel's moderators recounts. "Having a collaborative compilation was already an idea floating around on the main Mutants Discord but never totally fleshed out. I somehow didn't expect many people to join, but we rapidly reached 100 members by the end of the night. It was really cool to see that many people express interest in what we were doing."

After getting Arca's blessing, Arie remembers that the size of the project really snowballed, "By the next day Ale figured out what we had started. She plugged it on her social media, and we instantly jumped to 1,000 members in a matter of a few hours. From there it became obvious that I needed some kind of a plan. My original plan was to have people message me with their submissions, but it didn't take long for my DMs to blow up with dozens of people that I simply couldn't keep track of. As a result of that, a mod team was established."

Having just released their second volume of Mutants Mixtape, titled RIOT, the compilation features a massive 44 tracks, covering a wide breadth of genres — from deconstructed club to techno, drone, synthwave, instrumental hard rock, ambient and experimental electronic. All of it sounds like it fits within the extended Arca cinematic musical universe but given that it is the product of almost 50 different artists, it handily manages to avoid feeling repetitive or monotonous. Coupled with a 26-page booklet with just as many visual artists contributing work, the mixtape has grown into a multi-media document of the Mutant ethos.

"This chat is incredibly diverse, and to see people from different types of backgrounds and creeds unite over injustice gave us a reason to start this project," Arie says. "We had no excuse to not act. We had thousands of artists and passionate progressive individuals all at our fingertips."

Over the course of two compilations, the Mutants Mixtape has raised over $5,000 in funds that have been distributed through ActBlue to well over 50 different charities. Hailing from the US, Romania, Columbia, Mexico and Greece, PAPER asked the Mutants Mixtape's nine curators to better understand what it takes to put on a project like this, how they came to be involved and the importance of giving back to their community.

Demeter Salvia: What drew me to helping work on this project was definitely the community it has since fostered. Having such a diverse group of artists, each brilliantly unique in their style and their process is a really refreshing thing that makes reviewing the submissions a process that required lots of decision-making. I had the privilege of being both a moderator and an artist on the project, and it was incredibly rewarding. Being able to not only support up-and-coming artists that are predominantly queer but also giving back to the community with our earnings really made this project feel worthwhile.

Malvi: I'd like to say that apart from us being from so many different cultures and regions we have managed to turn the prescribed coldness of technology into a tender space for love and learning through the language of ones and zeros, proving once again that no matter how many barriers there will always be a resistance and a rebellious spirit against oppressive forces <3

Mist: It's been a great pleasure of mine having to work with such driven people behind the scenes. It opened all of our eyes to another artistic process that curating really is. Having to come up with everything as we go and find solutions to problems that occurred along, was certainly a challenging experience, but also a very educational one. Having to listen to all of this creative madness over a period of two weeks, but also working on your own art to submit, before the actual release, felt really dysphoric at times but simultaneously euphoric. We managed to complete the project on time by the skin of our teeth. At times of uncertainty it's definitely necessary for artists to come together and create for a good cause. Building a community in uncertain times is necessary. Artists are necessary. A vision is necessary. A constant flux. A creative entropy.

Arie: To say the least, MM wouldn't be where we are right now without our mod team. You could call me the "founder" or whatever or the primary editor but our mod team is so fantastic and devoted to this project. The amount of passion they have for what they do is insane. Big shout outs to them. Continuing with the mixtape itself, you ask if we were aiming for a general vibe. I think having a general vibe for a project like this is entirely against what we stand for. Mutant Mixtape promotes diversity and uplifting unknown and unique artists from across the globe. Blending different cultures, genres, we can't just stick to a "general vibe". We want everyone to be represented through their own work inspired by their interests and the world around them.

Mario: About the visual art, artists submit and we review each and every single piece of art. Then with the music chosen by the team we choose the artwork that stands out the most for the cover. Having the cover that will be the protagonist gives me a theme and a style to work with for the graphic concept of the volume and booklet. With the editors, we select the most eye-catching art, the artist behind, their statements and all the factors that might help to add a meaning for the people that get the album and with that build the booklet. I love to see this platform as a way to showcase art and give exposure for emerging artists that come from a lot of global contexts. Contexts that may need artistic display and humanitarian aid.

Cholazo: For me the curative process was all about encompassing the mutable DIY aspect of the community we, the curators, alongside Arca built. In constructing this sort of post-genre product we looked for the authentic expression of one's artistic self while also encouraging collaboration and the pushing of boundaries in the collective. In organizing the flow of the tape I tried to shape a narrative by segmenting the tracklist into different fractions based on aspects such as BPM, mood or emotion while also making sure that the different parts are connected by using tracks that lie somewhere in the middle of the sonic spectrum.

Urchin: This curative process was actually pretty hard for me because we encouraged everyone to channel their inner creative energy and challenged them to do their best to submit, the selection process was also a little difficult as everyone put their heart and soul into these tracks. Although there wasn't a specific vibe to this, we tried to organize it in a way where it flows together and tells a little mutant story, a story about our community that Arca has all built for us, a safe space.

Evie: Within minutes of the Mutants Mixtape server being made I was approached for assistance. By the end of the day we had a Google doc to help flesh things out and clarify the vision. It evolved rapidly from there, and it has not really slowed down since. We are learning as we go and there is a great deal of trial and error- trying to balance a DIY approach with a minimum level of operational constraint required for it all to come together. After all this, I now believe you can do just about anything with a spreadsheet and a plan.

Jenny1000000: I was protesting the death of George Floyd in Minneapolis when Arie invited me to the server. I was in this weird state of panic but the art and connection were definitely a calming presence. People were connecting and creating for something bigger than ourselves. It was a difficult curative process, there were so many different styles, and vibrational energy. Evie created spreadsheets where we could house and organize the music on google sheets so we would go into that document and rate everything from 1-5 and then averaged everything out. We had a ton more submissions this time than the last time. The mixtape turned out so good I'm obsessed. I'm so excited about the attention it's gotten and our ability to keep becoming more and doing more for the community.