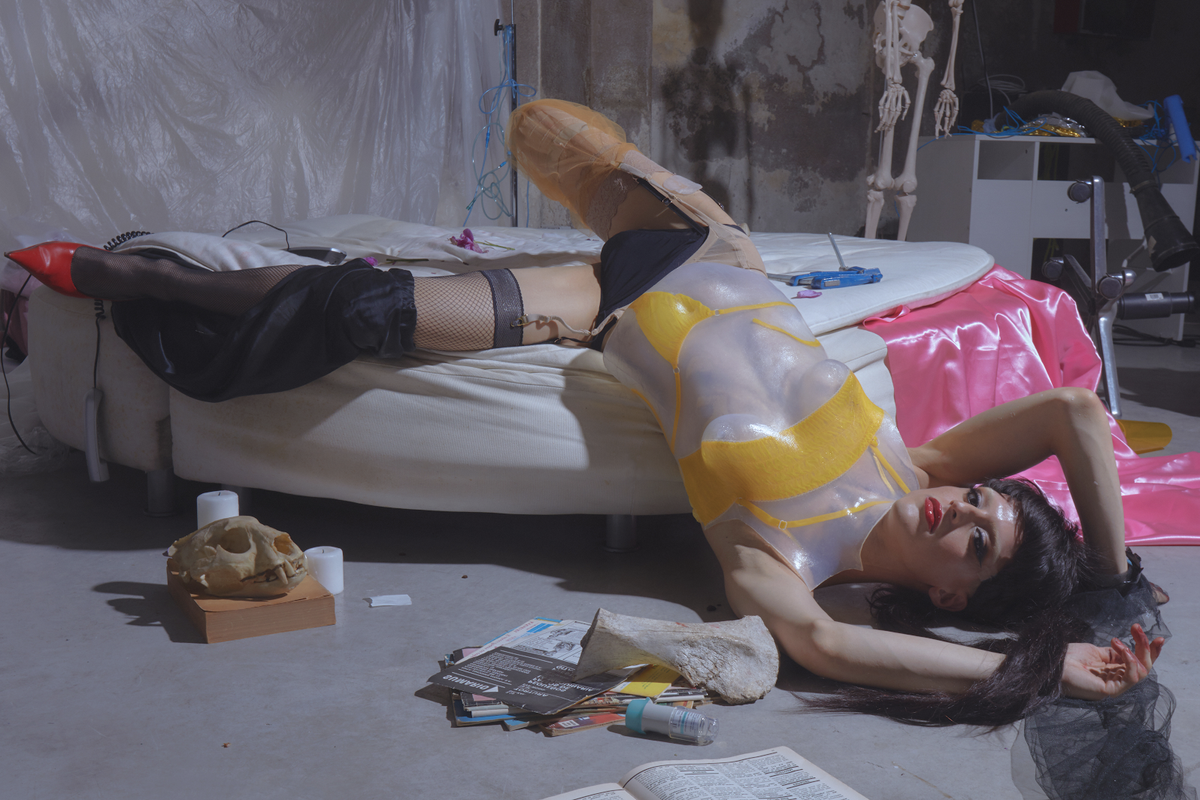 Prepare your necks because Arca is returning to New York this fall for a new four-part performance series.

The experimental cycle of shows, collectively titled "Mutant;Faith," will unfold across three distinct live shows — "Gestation," "Aftercare" and "Ripples" — that can either be experienced individually or as a series. The run will conclude with an epilogue, "Boundary," that will invite the audience in to witness the Venezuelan producer shoot a video for a future project, offering them a special look behind the curtain as the artist moves in and out of character.

The performance series will see Arca debut an array of new music, costumes, and technologies made in collaboration with a diverse cast of artists. Having previously worked with the likes of Björk, FKA Twigs, Frank Ocean, and Kanye West, odds are line-up of A-list talent will likely be in store for those lucky enough to attend.

If "Mutant;Faith" is anything like Arca's previous collaboration with The Shed, which saw her perform atop a smoking car wreck and slather herself with blood in a medical chair, then it's bound to be another intense night. Whether this signals new music on the horizon has yet to be confirmed, but the announcement was followed by a post with what appears to be stills from a forthcoming visual and the caption, "bend it to break off."

The run of shows is set to take place starting September 25 - 28, with tickets going on sale to the general public August 23 at 10 AM.