Aquaria is easily one of the hardest working drag queens in New York nightlife, so it comes as no surprise that she'd eventually make history in the city that helped launched her career. Tonight, the Drag Race winner became the first ever drag queen to walk the Met Gala red carpet — and she'll be seated at the Vogue table with co-chair Anna Wintour.

For the Gala's Susan Sontag-inspired Camp theme, Aquaria wore a black ribbon gown by John Galliano with fishnets underneath. Her wig was painted white and the pony came to a perfectly sharp point, complete with lime green eyeshadow and crystallized, clawed gloves. 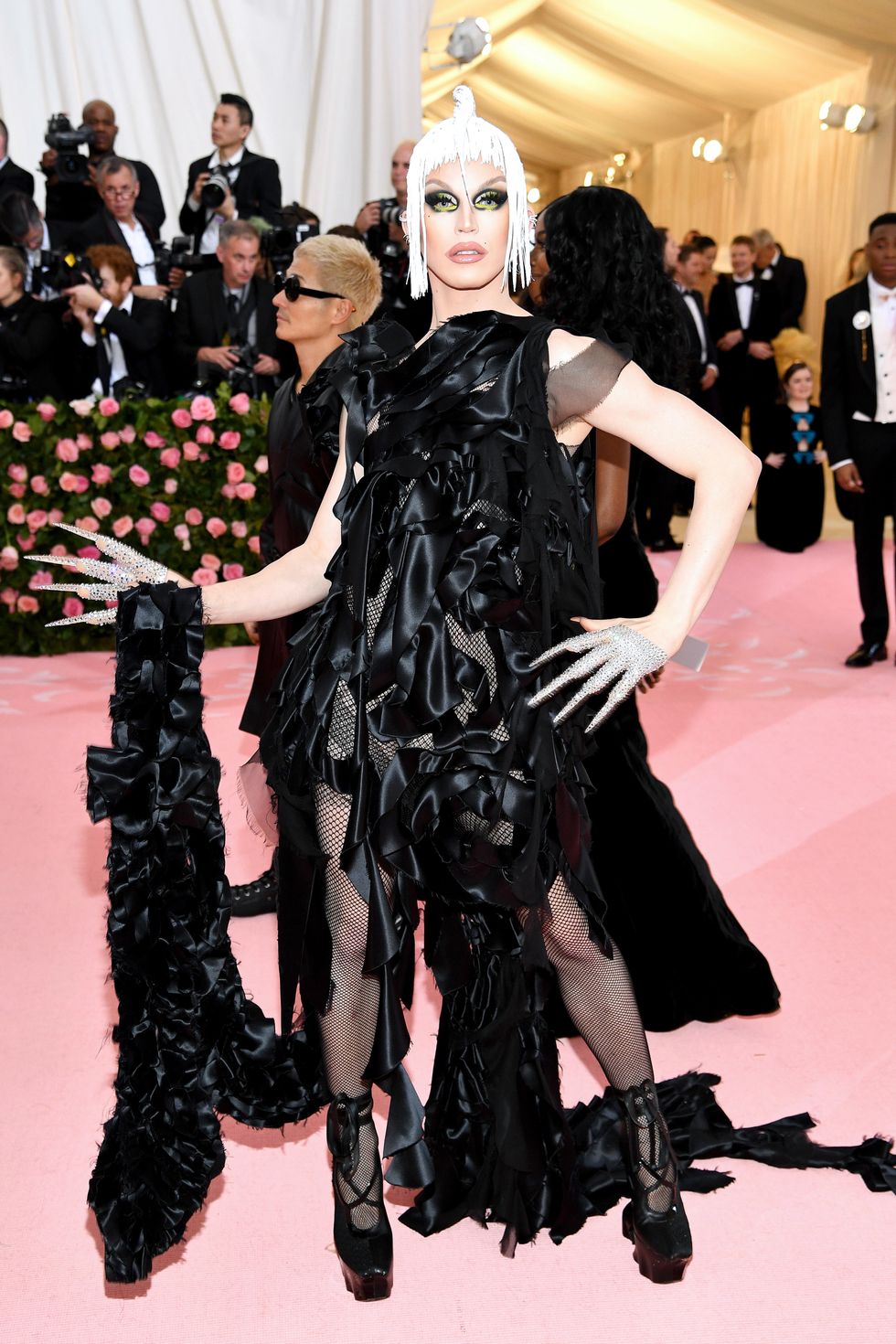 Kacey Musgraves, Aquaria and Kim Petras Kiki on the Subway