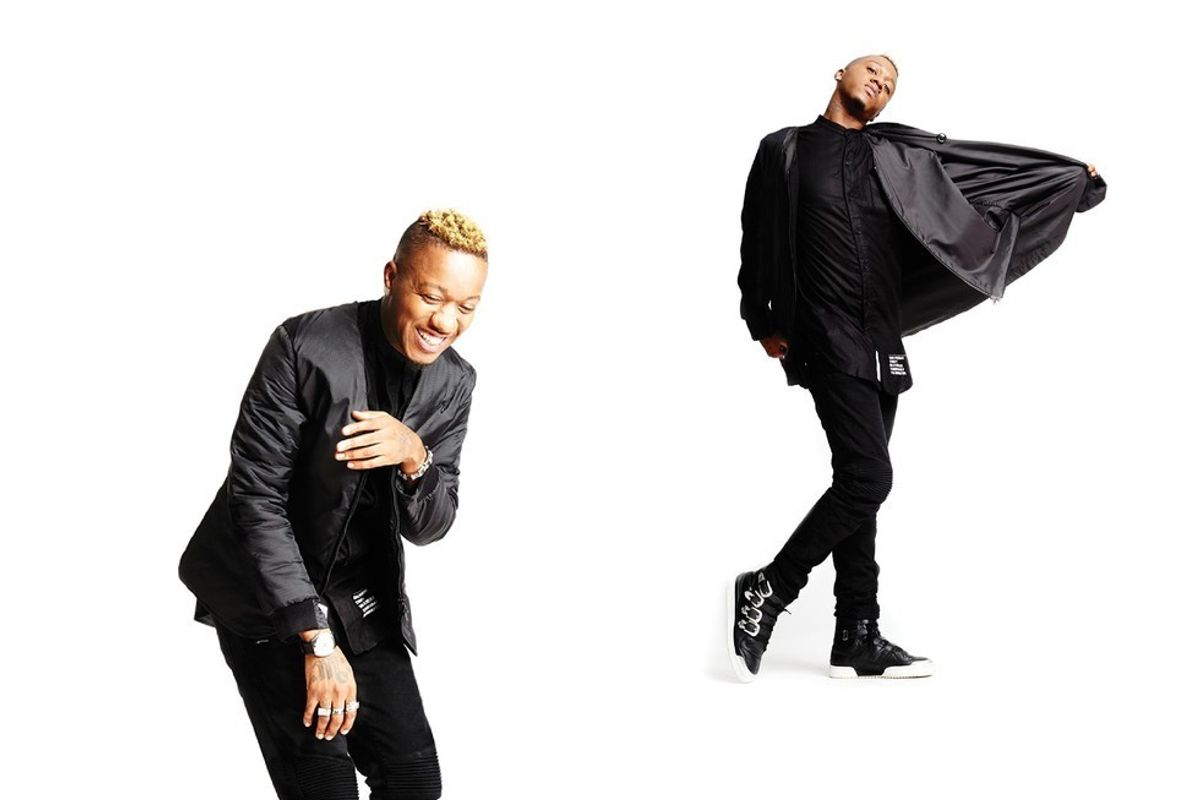 "It is really important for people not to come in and mess it up."

Last week, tech giant Apple accompanied their announcement of the iPhone 7 with a promotional video showcasing all the new features users could expect from the new model, to much hubbub. The company's choice of soundtrack, however -- namely their use of Surkin's track, "Tiger Rhythm," which is heavily indebted to ballroom sample staple "The Ha Dance" -- has become a point of contention for many in the ballroom community. This is because some in the community see Apple's choice to highlight Surkin, a straight, white man who has admitted to Thump that he had never actually attended a ballroom party, as yet another example of how the cultural contributions of QTPOC are routinely ignored. That is, until they are co-opted by straight, white artists.

After all, the "ha" sample is a sonic signifier with a long and storied history in ballroom culture, which itself has long acted as a family-esque support system for displaced QTPOC youth.

"This culture of ballroom is so sacred to us and what we do," Qween Beat founder MikeQ, aka Michael Cox, explained. "And now, you have a lot of people...coming in and they become the ones getting all the shine. Or they get noticed before the people that [have been doing it] actually are."

Making things more complicated, the similarities between "Tiger Rhythm" and Cox's tracks are striking -- so much so that Cox claims he found out about the ad when friends began tagging him in the video, thinking it was his track being used. "People were in my inbox, like, 'Congratulations!'," Cox said. "Which was just like, 'Oh, God.'"

And that's what happens when someone else is "inspired" by your genre and gets noticed for it....
— MikeQ (@TheOnlyMikeQ) September 7, 2016

White artists piggybacking on this subsection of queer culture is nothing new, with Madonna's "Vogue" being one of the biggest offenders, and a piece of culture that's continued to reverberate into today, influencing many other pop stars into co-opting the "sacred" dance. Surkin though has defended his right to make music inspired by ballroom by insisting that "it's just music in the end". And though there's a fine line between admiration and appropriation, Cox blames Apple, not Surkin, for the misstep.

"I don't think Apple knew what they were doing," Cox said. "I don't think they know what kind of song it is. They probably just had their eyes on the producer."

However, Cox said it is important for people influenced by ballroom to "be educated on it" and to "not just come in, because they think it's different kind of music."

"People say, 'Oh it's just music and..it shouldn't matter,' but this particular culture is so deeply rooted into what we do [and who we are], it is really important for people not to come in and mess it up," he explained.


While some ballroom producers may "be happy to know that people in France are influenced by them" -- as Surkin also insisted in the Thump piece -- more often than not, it becomes an issue of whether their innovations and cultural contributions will ever be acknowledged, or if imitations will continue to be what mainstream culture latches onto and finds worthy of attention and praise.

"That's the thing with ballroom. Ballroom is always going to continue. People, they'll come in, use what they want for a second, and then leave it alone," Cox said. "But I'll be the one that still has to deal with it" -- not to mention all the deeply-entrenched issues of LGBTQ identity that comes with it.