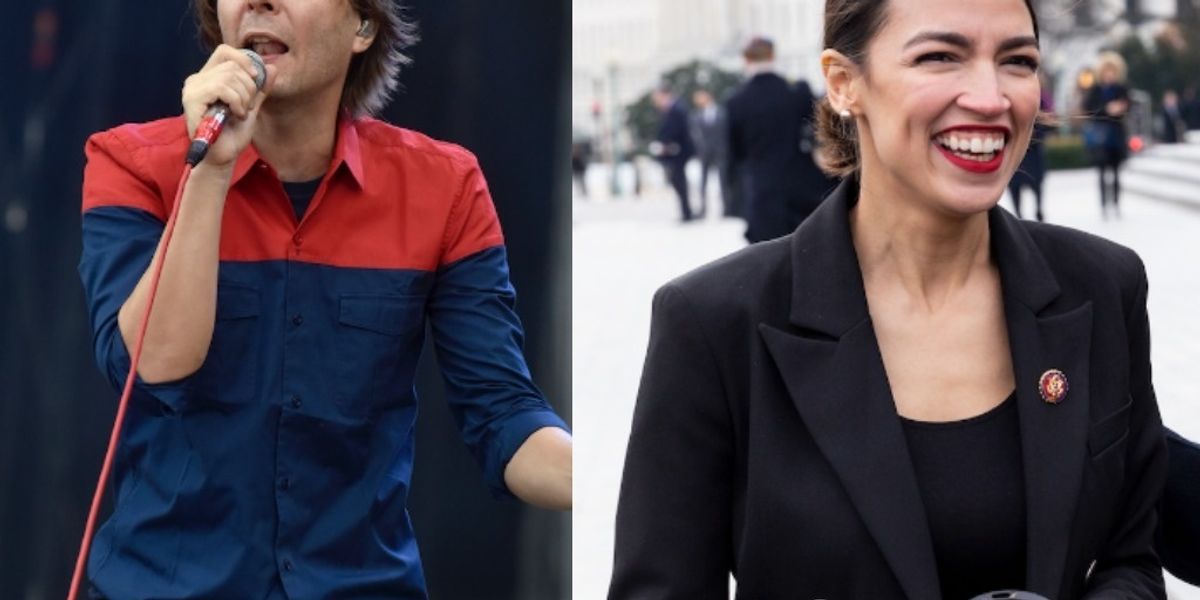 When that ill-fated basement-dwelling republican sent the Alexandria Ocasio-Cortez dancing video out into the Internet in an attempt to humiliate her, he had no idea that he was just making her into more of a legend. But he probably also had no idea that he was giving a late-career boost to French three-hit wonder indie-pop group, Phoenix.

It appears that people have been getting all up in their feelings after watching the video: a Boston University promo video in which a radiant early 20's Ocasio-Cortez and a wholesome cohort of gov majors perform Breakfast Club-inspired choreography on a rooftop to Phoenix's biggest hit circa 2009 and your 10th grade fave, "Lisztomania."

According to Billboard, "Lisztomania" has seen a 192% increase in on-demand streams (audio and video) and a 320% sales spike. It has also entered YouTube's Top Songs chart for the first time ever, currently just trailing Lady Gaga and Bradley Cooper's "Shallow," Nicki Minaj's "Good Form" and Future's "Crushed Up" at #54.

I 100% get it. The indie flick wet dream-turned-college ad is a nauseating/intoxicating time capsule back to the teen euphoria that "Lisztomania" was a drug for. No one had idea what the song was about ("like a riot, like a riot oh!"), but it made us feel as romantic and whimsical! Maybe we should be feeling a pang of late capitalist ennui at our precious youth anthem being used to sell The College Experience, but man, Ocasio-Cortez really sells it.

Phoenix knew who to thank:

If Alexandria Ocasio-Cortez's charisma has the power to send a ten-year old indie pop relic up the charts to compete with A Star Is Born and Nicki Minaj, she's truly capable of anything.