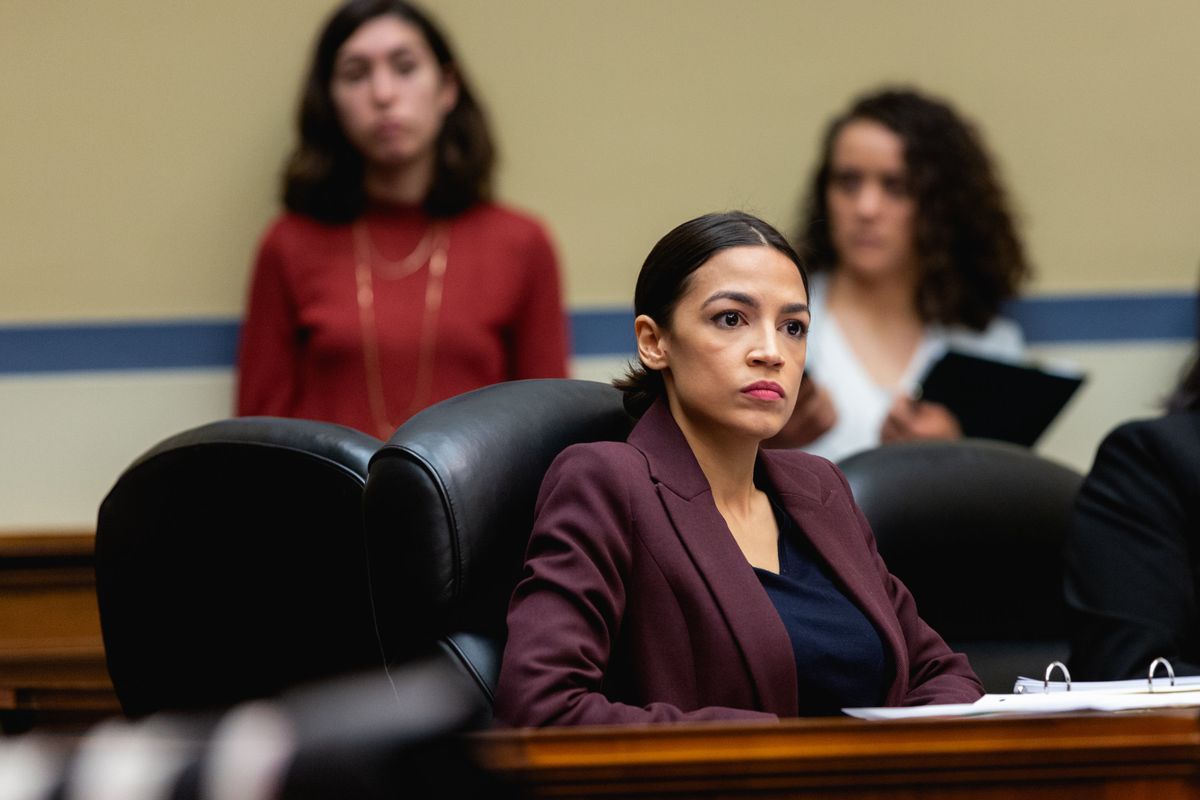 Chances are you've either read the same UN Climate Change report we all did, or you're just generally aware that human interference has led to global warming.

Somehow, there remains a delusional bunch of people out there who believe that the earth's potential warming up to four whole degrees in our lifetime — which is catastrophic, by the way — is not a real thing. Those denying humankind's undeniable, and at this point, mostly irreversible impact on the planet's ozone layer utilize all kinds of rhetoric (fake news!) to minimize what's happening. But one particularly harmful strain of denial is the bizarre claim that those who are advocating for clean water and air are, of all things, "elitist."

Out here having absolutely none of the nonsense is the resplendent Alexandria Ocasio-Cortez, the 29-year-old firebrand and literal breath of fresh air House Representative from New York. She unleashed an impassioned speech in defense of her Green New Deal, a landmark environmental proposal that failed to advance in the Senate but has stirred up conversation and debate on both sides of the aisle.

During a meeting of the House Committee on Financial Services, Ocasio-Cortez used her time to address Republican critiques of the proposal, which were considered a set of ambitious policy recommendations meant to tackle climate change, control greenhouse gas emissions and force politicians to think and talk about climate change as a real issue affecting their constituents. Nearly as soon as it was proposed, Republicans called the Green New Deal untenable and quickly forced a Senate vote without a hearing, impelling Democrats to go on the record about whether or not they supported it.

No senators voted to support the Green New Deal, and four members of the Democratic caucus actually voted against it. Most Democrats simply voted "present." Needless to say, Ocasio-Cortez was upset, and after several Republicans on the committee used their floor time to attack the lawmaker's environmental proposal, she responded that Americans would pay the price of apathy toward climate change, one way or another.

In 129 seconds, AOC summed up what climate change activists have been saying for years — and reminded Republicans why she is such a formidable political force to be reckoned with.