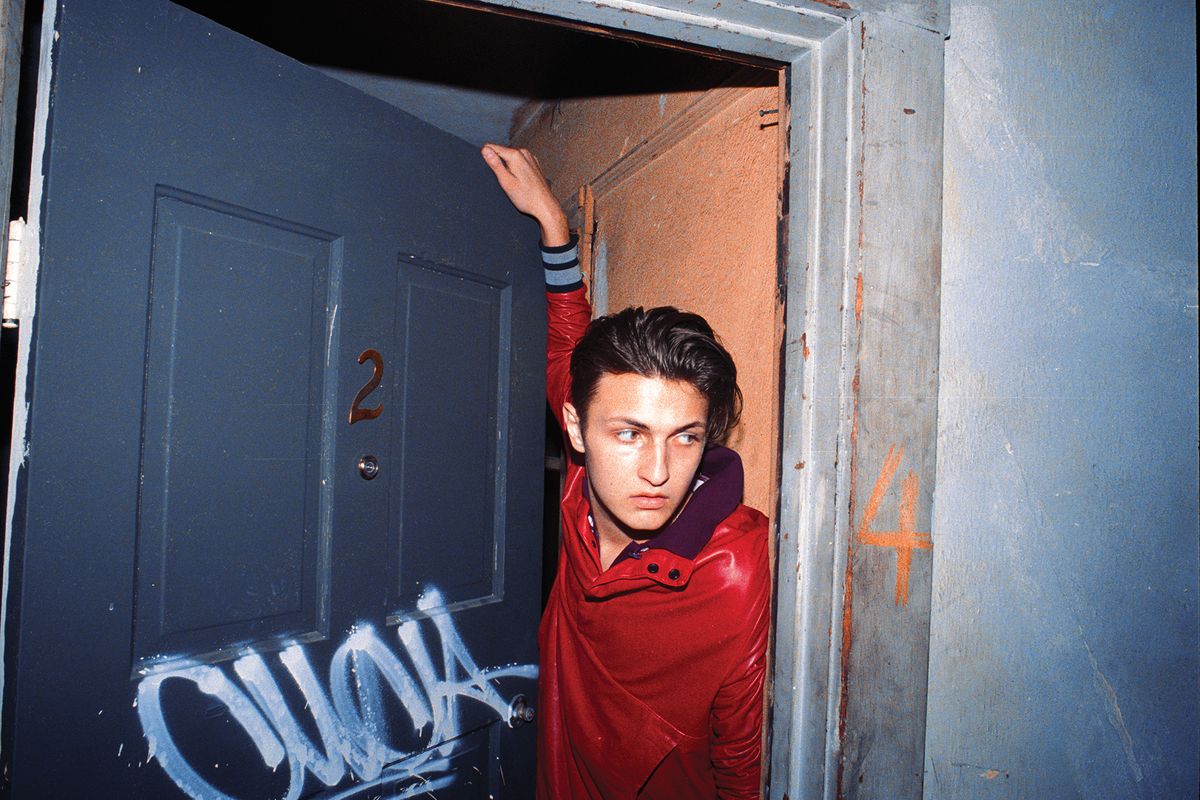 The youngest Hadid sibling has big plans for the future.

Thanks to social media, it's easy to feel like you already know something about Anwar Hadid: younger brother of top models Gigi and Bella, son of former model/ Real Housewives of Beverly Hills star Yolanda and real estate tycoon Mohamed. His thoughts are all over Twitter, snapshots of his jet-set life are easily accessible on Instagram, and his glamorous family tree -- with its branches that mingle with people like The Weeknd and Kanye West -- can be traced throughout the more than 273,000 results that surface when you Google his name.


But on the Tuesday afternoon of our interview, Hadid isn't calling from some remote island or plush private jet. He's in his bedroom in L.A. It's the first sign that Hadid is, in fact, as down-to-earth and unaffected as any 16-year-old. Throughout the conversation, he brings up his love of J. Cole and basketball ("If I ever met Kobe Bryant I'd freak out"), his struggles with math class ("I am the worst at math ever"), and his interest in mountain climbing ("It's the best thing in the world"). 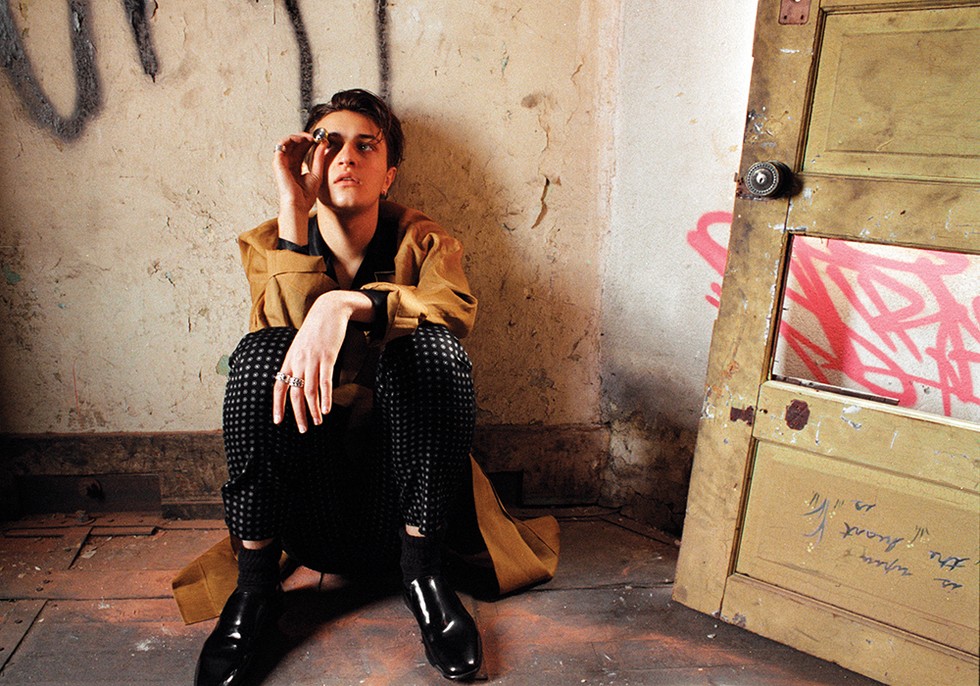 Anwar wears a shirt and pants by Dolce & Gabbana (@dolcegabbana), a jacket by Canali (@canali1934) and shoes by Tom Ford (@tomford) 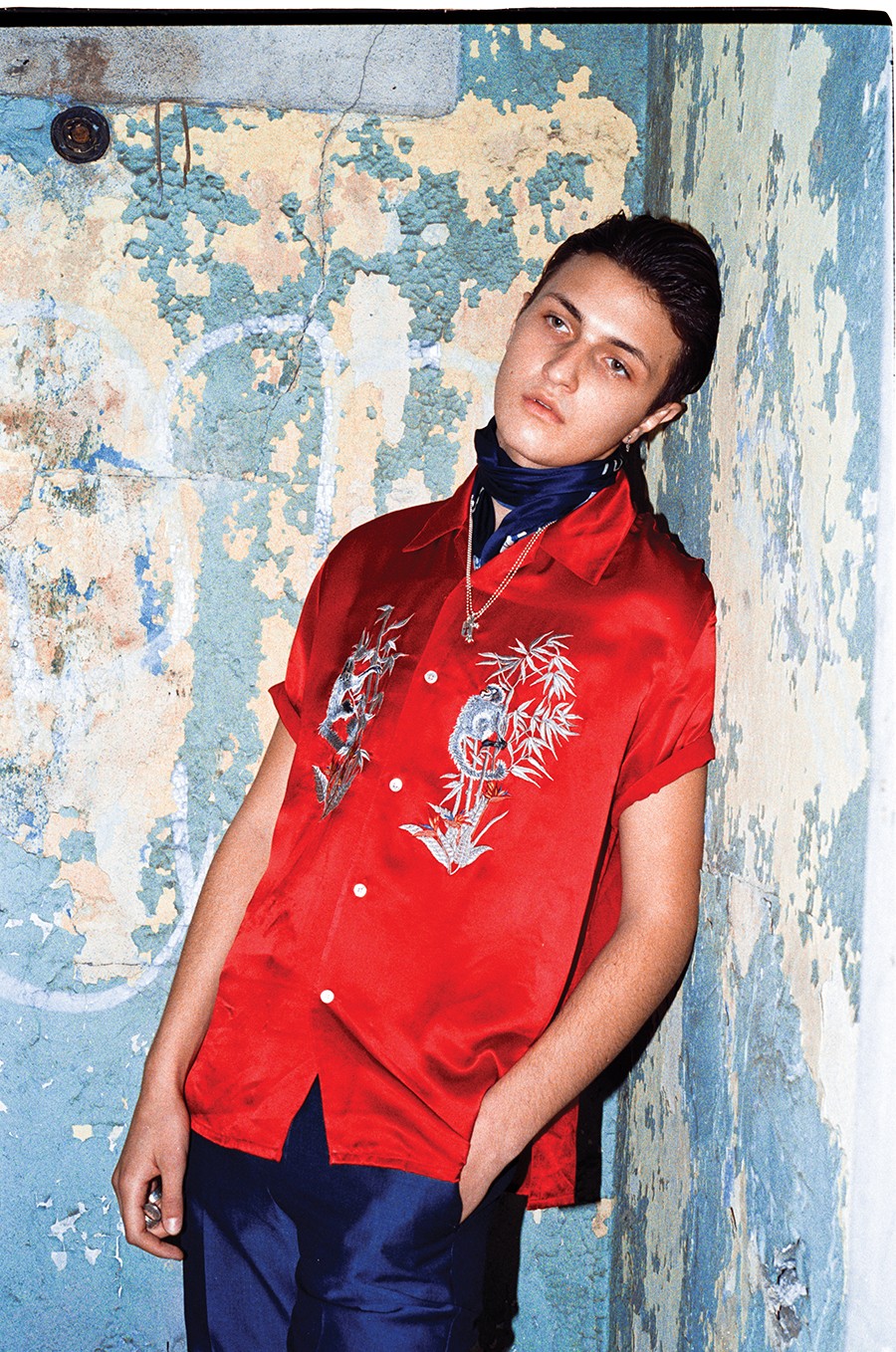 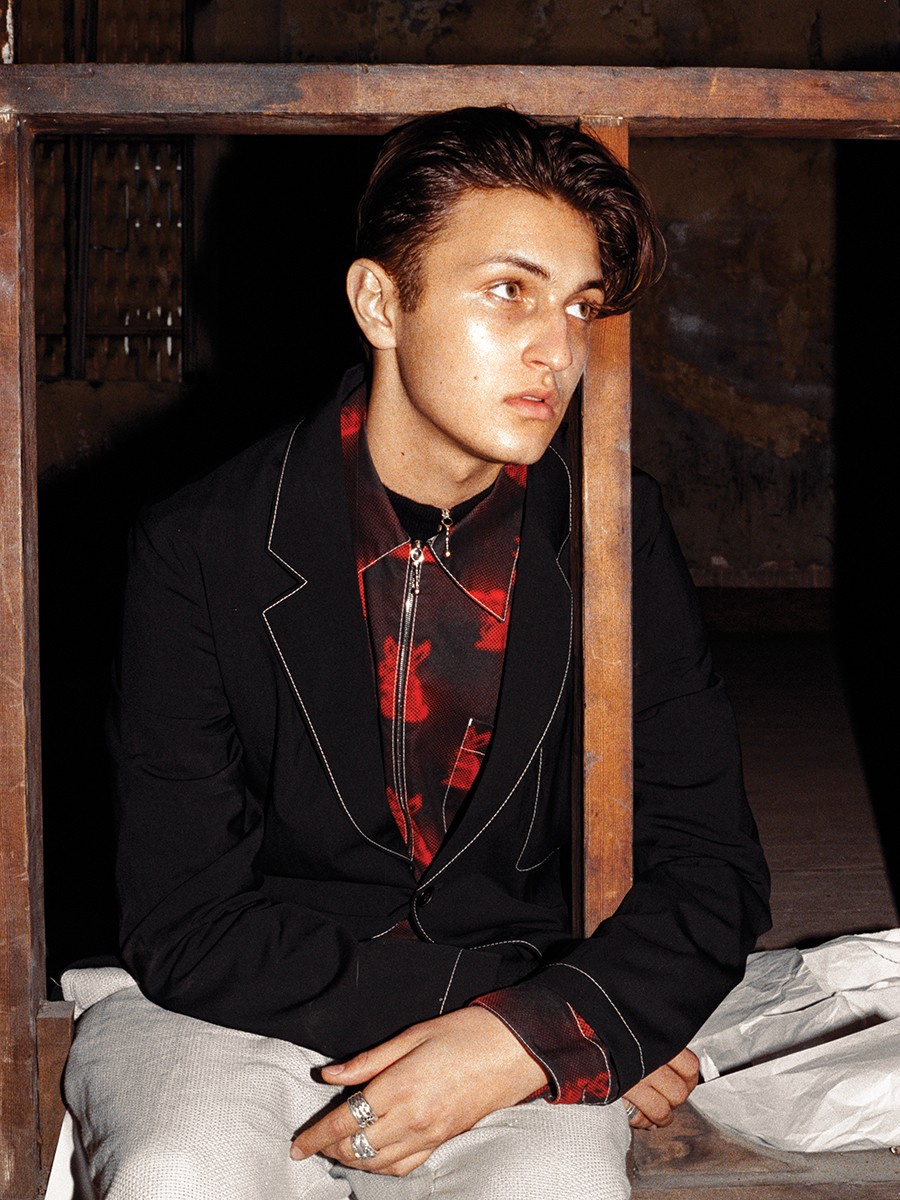 Anwar wears a shirt and jacket by Prada (@prada) 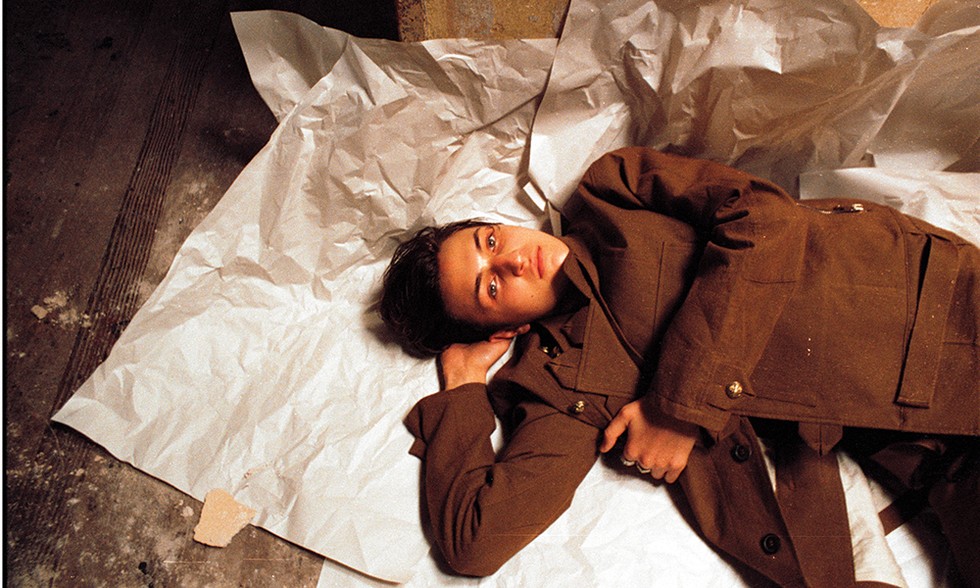 Anwar wears a jacket and pants by Balmain (@balmain) 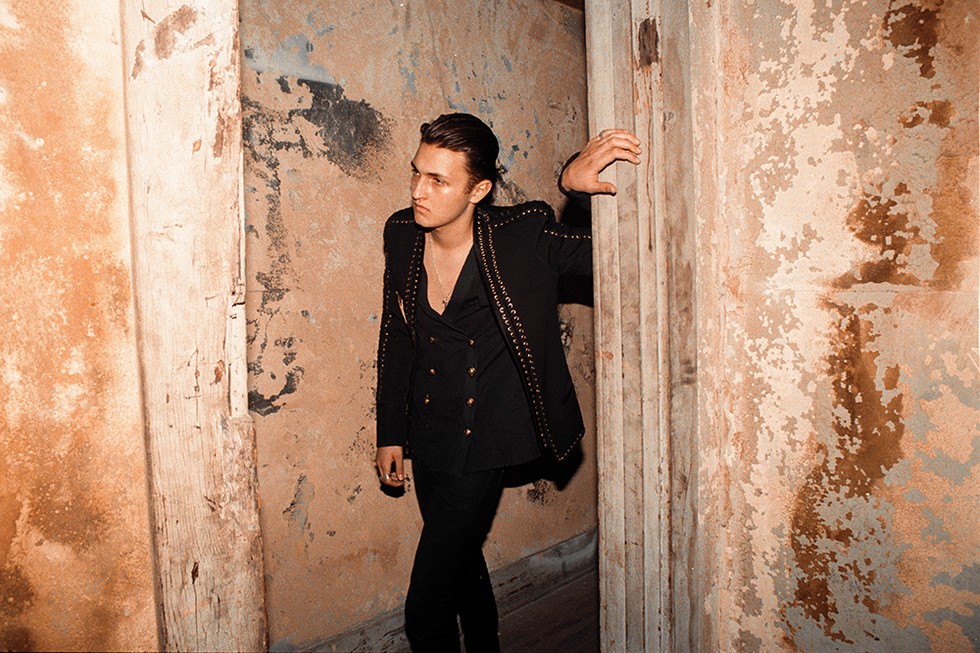 Anwar wears a shirt and blazer by Balmain (@balmain) and pants by St. Laurent Paris (@ysl) 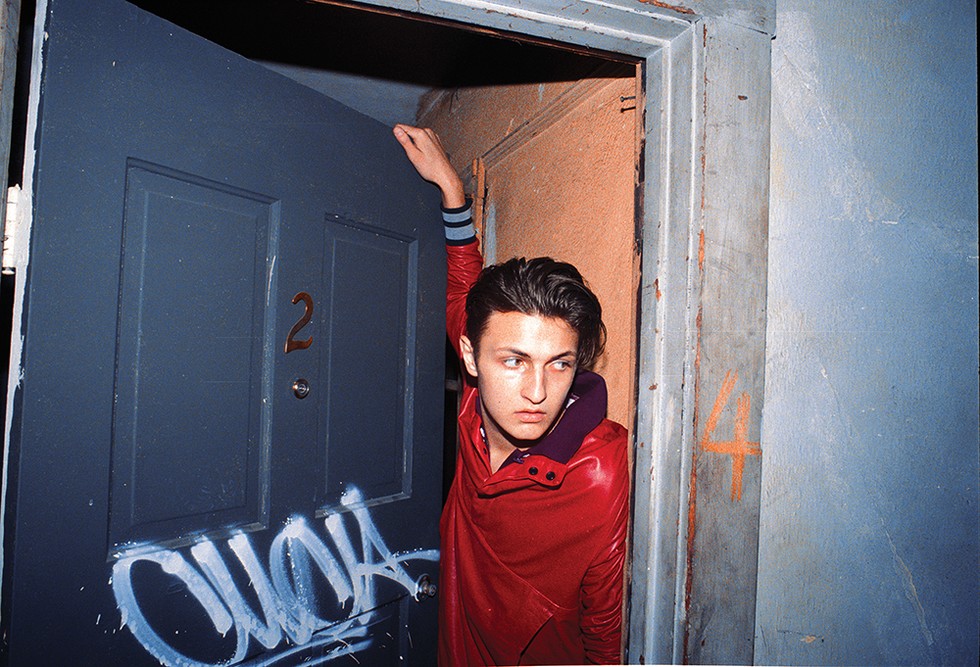 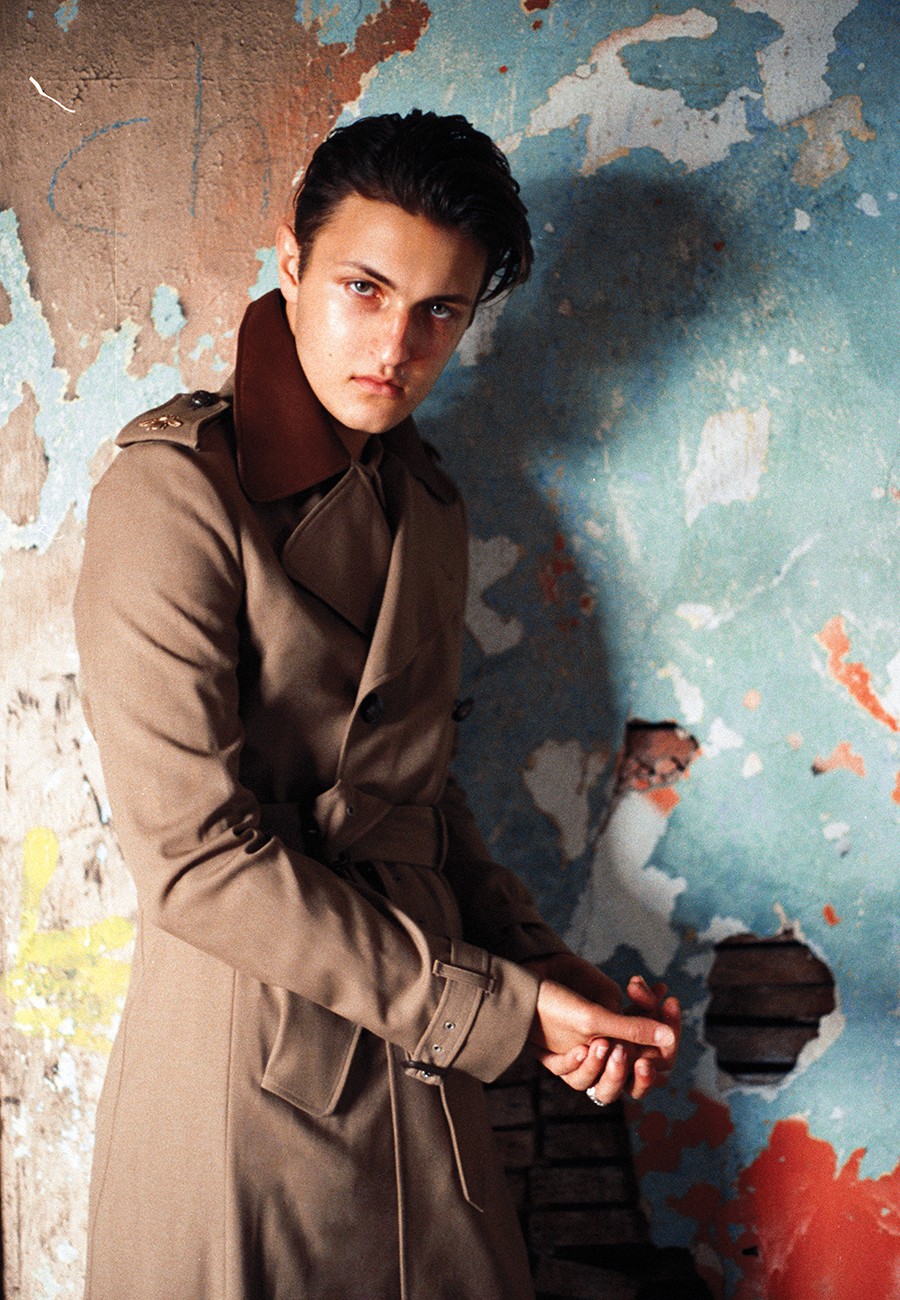 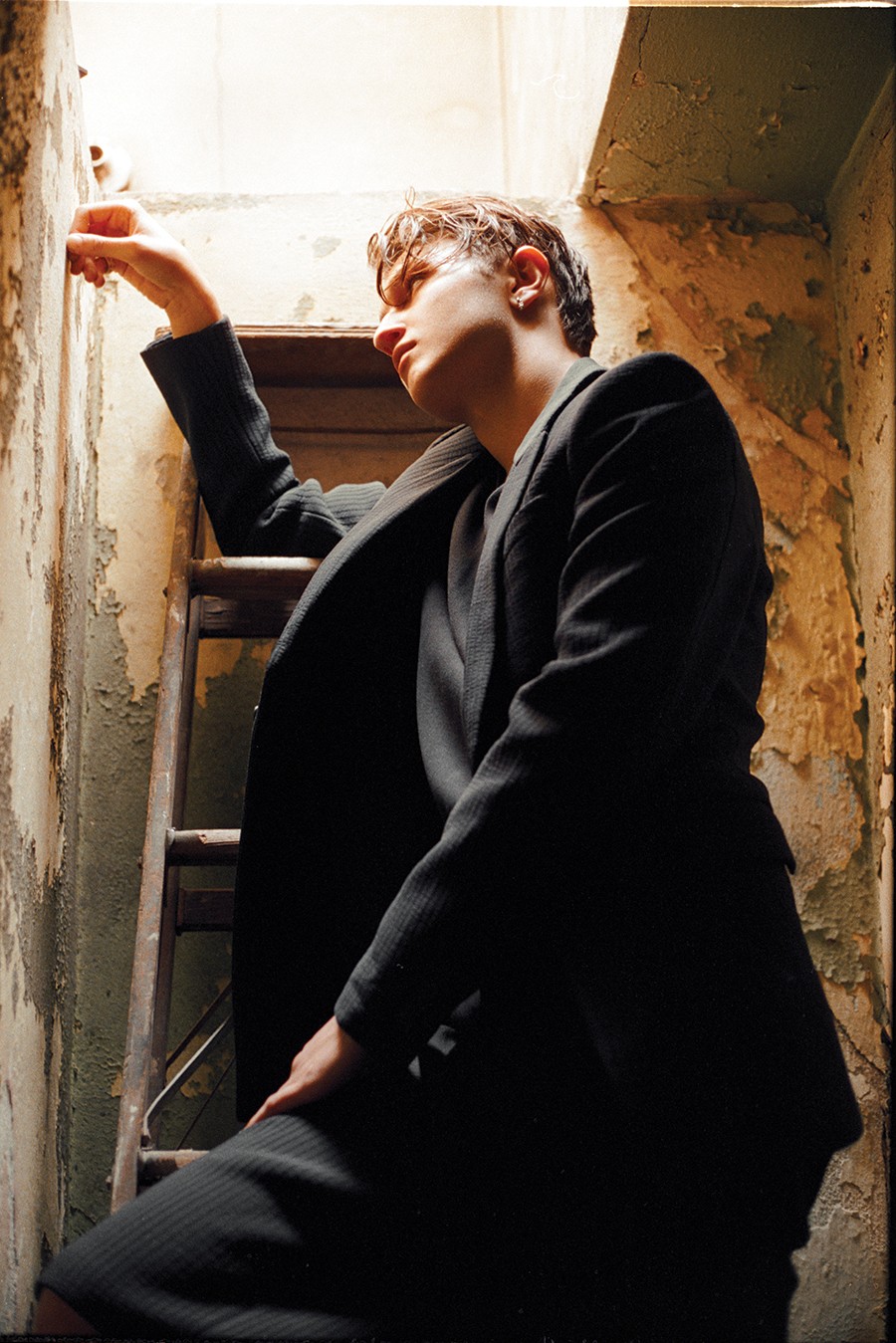 This refreshing dose of normal teenage life aside, the California native has just embarked on a path that will take a sharp and radical turn from his high school peers. Hadid's striking features (he's of Dutch and Palestinian ancestry) and burgeoning mass appeal (he already has 538k Instagram followers) landed him a modeling contract with IMG Models in February that will likely see him soar to a level of global success comparable to sisters Gigi, 20, and Bella, 19. "I'm a shy person in general," he says. "So my sisters always try to tell me to be myself when I'm on a set," he adds. After a hesitant pause, he continues: "The first time I ever shot anything, I was really scared. It all worked out, but … I was scared."


Modeling isn't Hadid's only goal, though. "I started working on clothing designs about two years ago but didn't think anything of it until recently," he says. "I made a bunch of pieces -- not just men's or women's, but for anyone who wants to wear them -- and one of the things I really want to do is put them into production."


As for whether Hadid might get back on a "traditional" trajectory and attend college, he says it's something he'd like to do -- but not yet. "At some point in my life I'd like to go, I think," he says. "But I want to do that when everything else that I've wanted to accomplish is accomplished." This ambition is echoed in advice imparted to him by his mom, who he calls his "biggest role model in life." Says Hadid: "She tells us 'to work hard now so you can play hard later.'"
Given his drive and the momentum behind his nascent modeling career, it's not hard to look at his name -- Anwar translates to "luminous, a collection of light" in Arabic -- and wonder if Hadid felt born to fulfill a certain role. "My name means a lot to me, the meaning is something I think about ... I think about light as being what's good in the world," he says. "But I guess I don't know what it all means just yet."


It's a big philosophical notion for a 16-year-old to ponder, but Hadid seems to understand it all a little more than he takes credit for. "I love people," he says when asked if he ever feels the need to protect himself from the public. "I honestly haven't thought about it in terms of protecting myself from them. Being young is about being able to innocently be yourself, about using youth to embrace life." And shining bright.