Antonio Azzuolo's S/S 2011 a.a. Collection Is His Strongest Yet 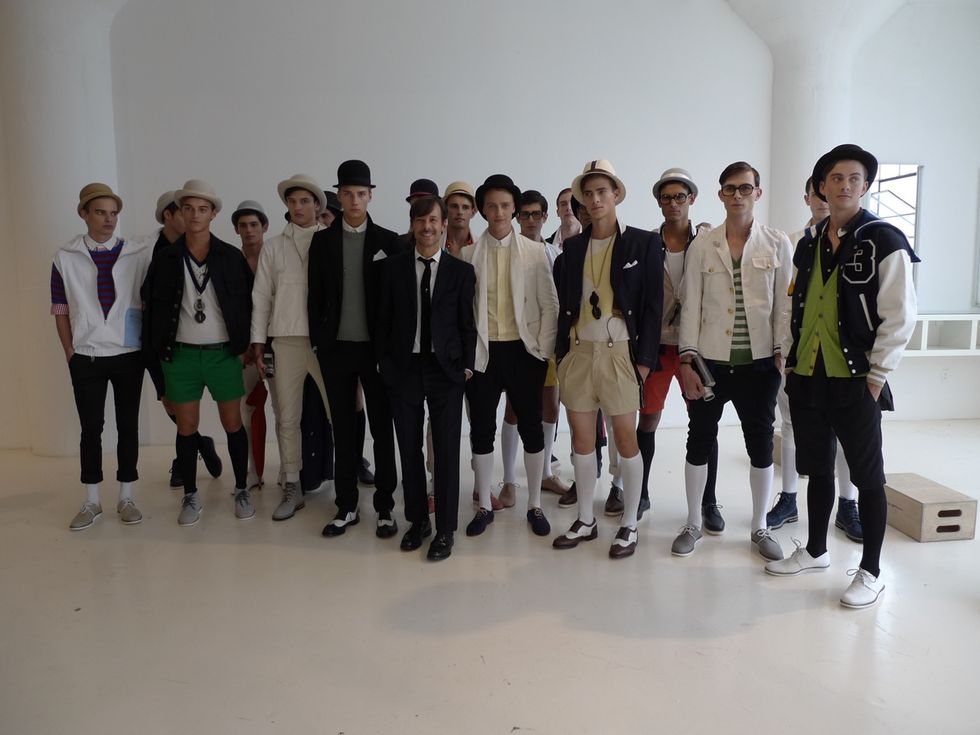 Spring/Summer certainly did seem to be the season for Antonio Azzuolo and his a.a. Collection. Over the past several years, the gifted designer, previously of Ralph Lauren's Purple Label, HermÃ©s, and Kenzo, has sewn out a niche for himself in the upper echelons of menswear. Fine gauge cottons and French vintage linens are signatures of his collections, masterfully constructed into coats and sweaters and shirts that would give any Savile Rower a run for his money. This, coupled with Azzuolo's abilities to contrast his neutrals with yellows, reds, oranges, and blues, makes him a design force to be reckoned with.

And this season was perhaps the designer's strongest one yet. Azzuolo infused his sartorially crisp collection with whimsical elements heralding from the designer's re-imagining of eternal youth. Racing stripes on the pants and varsity letters on the jerseys lent a very collegiate feel, suspenders and safari hats were more Tintin than Captain Spaulding, while ivory, double-breasted shawl collar jackets would be the envy of all the droogies at the milk bar.