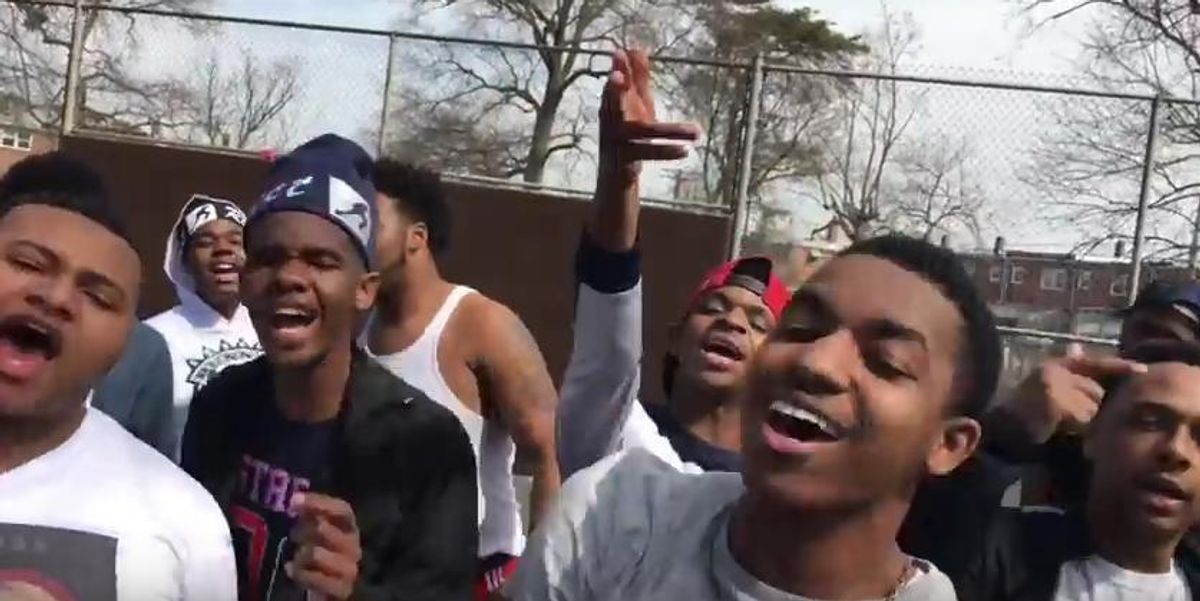 These Teens' Absurdly Profane Anti-Trump Rap Video Is Everything

The song, titled "Choppa In Da Trunk 4 Donald Trump" (stylized as CIDT4DT) is a profane, and mostly hilarious rip on the Republican frontrunner, with Dooley, his friends Tlow and Lor Rodger, with an entourage in tow, sauntering around their neighborhood to a heavy trap beat.

"Guess what we got for him?" They ask, before the whole crew starts chanting the chorus, "We got a choppa (rifle) in the trunk for Donald Trump!"

"Boy ain't even white!" Dooley proclaims, with the boys answering, "You yellow!"

"You said you'd date your own daughter; you a sicko!"

However, major point deduction for the "Faggot-ass," mention at the end, bros.