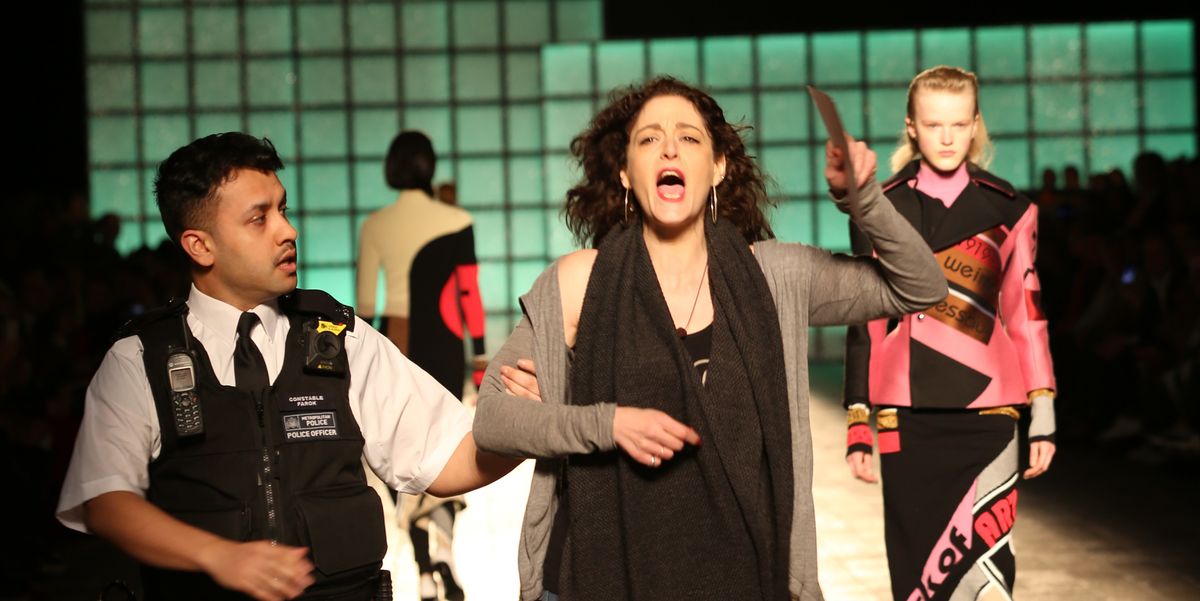 Mary Katrantzou's London Fashion Week show was interrupted last night by an anti-fur protester shouting, "Shame on you for supporting this," before being escorted off the runway. Only problem? Every fur shown on Katrantzou's runway was fake.

London Fashion Week is reportedly often overrun by fur protesters, who for the most part hang outside to target invitees. But this year they've taken it to the next level. Katrantzou was one of the many designers to denounce the use of fur in their collection, as did Marc Jacobs, who was bombarded by protesters after his latest presentation.

"This and all the other looks in the show used FAKE fur. There was NO real fur at all in this collection or show," Jacobs wrote on Instagram, before highlighting how many demonstrators are disrespecting humans to protest animal cruelty. "Protesting is one thing, but being abusive and aggressive to people while protesting about cruelty to animals is just hypocritical," he said.

Marc Jacobs on Instagram: “Look #15 This and all the other looks in the show used FAKE fur. There was NO real fur at all in this collection or show. That said,…”