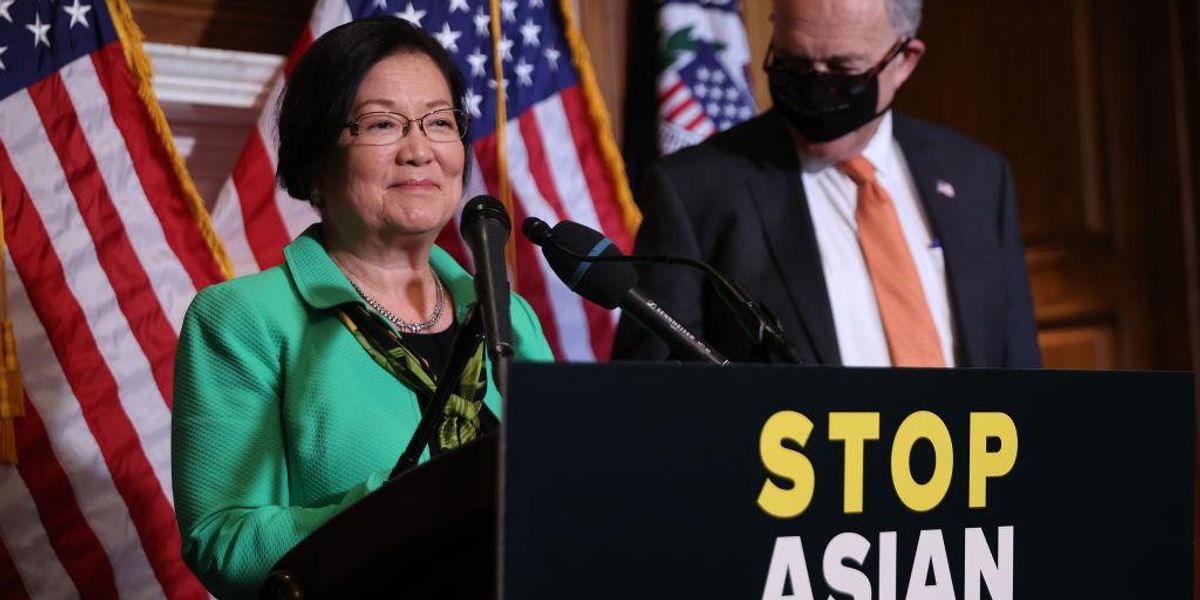 In a bipartisan vote of 94 to 1, the Senate has passed legislation condemning hate crimes against Asian Americans.

The COVID-19 Hate Crimes Act, sponsored by Hawaiian Democratic Senator Mazie Hirono, sends a clear message that both sides of politics wish to (at least symbolically) address the recent surge of violence and discrimination against AAPI people during the pandemic. Having made it safely through the Senate, it's expected to easily pass through the Democrat-majority House of Representatives.

"By passing this bill, the Senate makes it very clear that hate and discrimination against any group has no place in America," Senate majority leader Chuck Schumer said today. "By passing this bill, we say to the Asian-American community that their government is paying attention to them, has heard their concerns and will respond to protect them."

The Act would give Department of Justice officials more power to review hate crimes and also give citizens more avenues to report them, such as through state-run hotlines. Police forces would also be given funds to educate officers on identifying hate crimes.

Republicans had suggested amendments to the bill, such as prohibiting the Justice Department from tracking discrimination cases that did not amount to actual crimes, but Democrats defeated these.

Just one lone senator, Missouri Republican Josh Hawley (who has indicated presidential ambitions in the past), voted against the legislation, calling it "too broad" in its scope.

"After two weeks of hard work and bipartisan collaboration, the United States Senate is poised to take real action," Hirono said following passage of her bill. She's one of just two Asian-American women elected to the Senate, alongside fellow Democrat Tammy Duckworth.

Hirono also indicated that the Senate's anti-discrimination work was far from done, tweeting this afternoon that she's now shifting focus to helping pass the George Floyd Justice in Policing Act.