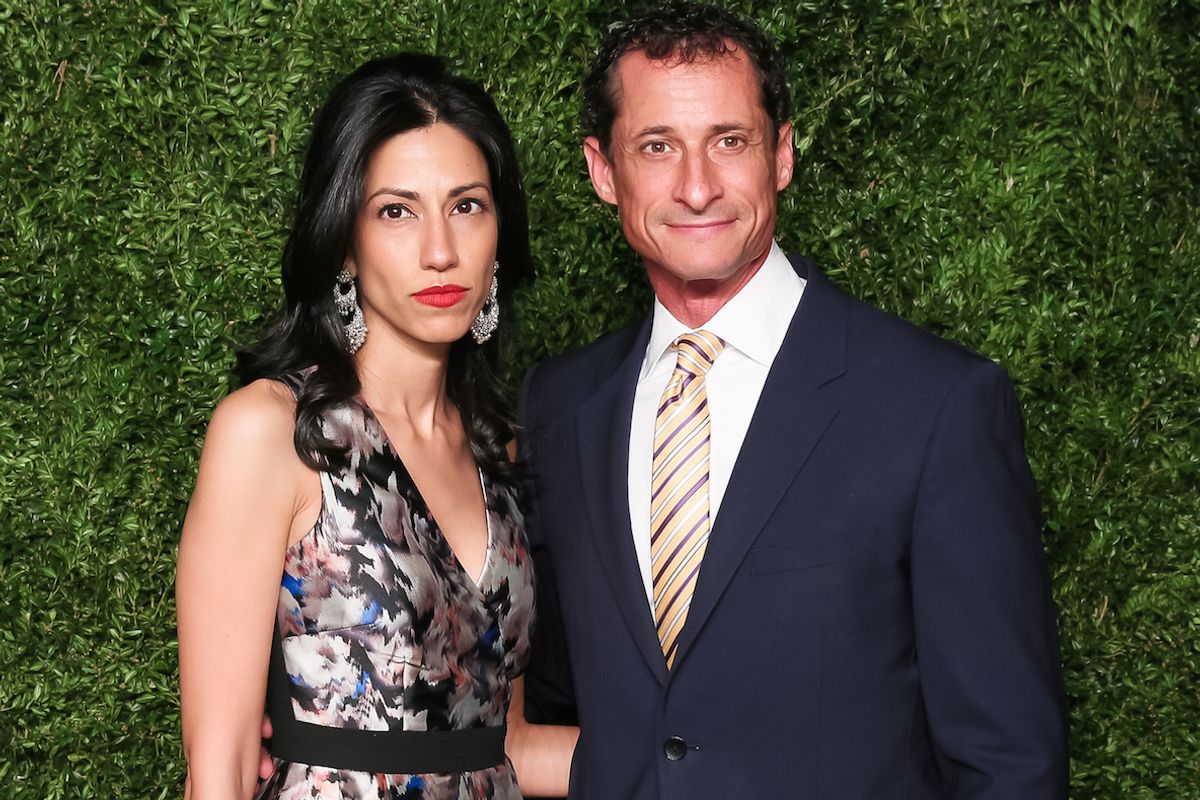 Anthony Weiner Is Now Being Investigated By A Child Welfare Agency

Following his most recent sextgate, and his wife Huma Abedin announcing their separation, defamed politician and deadbeat husband Anthony Weiner is now being investigated by a child welfare agency.

Their questioning comes after screenshots of Weiner's racy text exchanges with two unidentified women revealed one disturbing photo where his semi-erect penis can be clearly seen in the outline of his underwear, with his 4-year-old son sleeping next to him.

The agency was tipped off about the situation, and are legally obliged to investigate any report of "mistreatment" involving a child; they wrote a letter confirming their investigation, which was mailed to Weiner's mother's house,.

Weiner, who confirmed that this was happening, said the whole situation is "Crazy if you ask me."

The Washington Post consulted with University of Connecticut psychology professor Seth Kalichman, who specializes in the reporting of suspected child abuse.

On the potential danger Weiner poses to his young son, Kalichman stated:

If I was sort of looking through a Twitter feed, and saw sexting going on, with a young child in the picture, I believe that a citizen, a responsible citizen, should report that for investigation. And if a client in a clinical situation shared that image with a mental health professional, it would warrant suspicion to launch a child investigation.

Weiner has not commented on anything else involving the investigation.