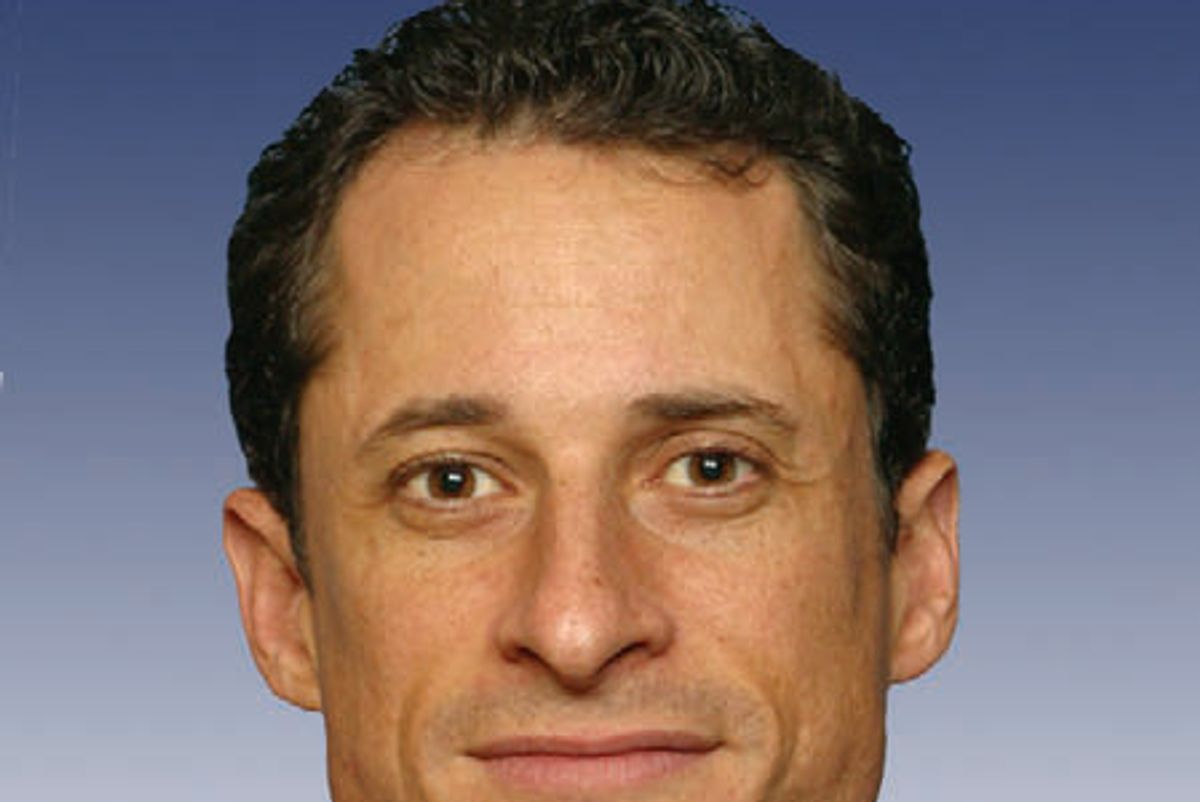 UPDATE: Anthony Weiner is allegedly being investigated by NYPD's Special Victim's Unit over his months-long sexting spree with a 15-year-old girl. While police will have confirmed that this is happening, the New York Daily News indicates that if convicted, Mr. Weiner could face prison time--a maximum of 30 years.

Under federal law, it is illegal "to persuade, induce, entice, or coerce a minor to engage in sexually explicit conduct for purposes of producing visual depictions of that conduct," according to the U.S. Department of Justice.

Weiner has already been investigated by child services for sending sexually suggestive photo to a 40-year-old woman with his 4-year-old son in clear view.

Of the matter, New York Governor Andrew Cuomo was asked to comment:

If the reports are true, it's possibly criminal and it is sick. And frankly, I've heard enough about Anthony Weiner — and I think that goes for all New Yorkers.

The affair began in January of this year, when the teen direct messaged Weiner on Twitter, to tell him that she was "writing a book" about him. (I'm sorry, what???????????)

Weiner took immediate interest, and the two began exchanging graphic messages over the next months. The messages ranged from what are now becoming Standard Weinerisms (ie "Woke up, uh, a little hard", "Just worked out, so, uh, hard") to explicit sexual fantasy--this included telling her that he'd like "bust that tight p*ssy," and describing coming over when the girl's parents weren't home, and being forceful.

Other conversations include more "emotional" intimacy, with Weiner telling her he felt he could "tell her anything," and, in one particularly ghastly conversation, he consoles her about her body issues and previous history with depression (-_-). Weiner, a fifty-one-year old adult man, also told her she was "kinda sort of gorgeous," and that she had permission to call him "Carlos Danger."

Worse, Weiner's toddler son was again implicated in this. He sent the girl an image of his son and him on vacation, with his son laying on his chest; the girl also told the Daily Mail that Weiner once Skyped with her while his son was in the bath tub, stopping intermittently to check on him.

Last month. Weiner's estranged wife and the vice chairwoman of Hillary Clinton's presidential campaign, Huma Abedin, announced the couple would be divorcing after it was discovered that Weiner had sent a sexually suggestive image of himself that also included his sleeping son in the frame.

Father of the fucking year.

Weiner did not deny the exchanges, but alluded to being set up in the statement provided to the Daily Mail:

I have repeatedly demonstrated terrible judgement about the people I have communicated with online and the things I have sent. I am filled with regret and heartbroken for those I have hurt. While I have provided the Daily Mail with information showing that I have likely been the subject of a hoax, I have no one to blame but me for putting myself in this position. I am sorry.