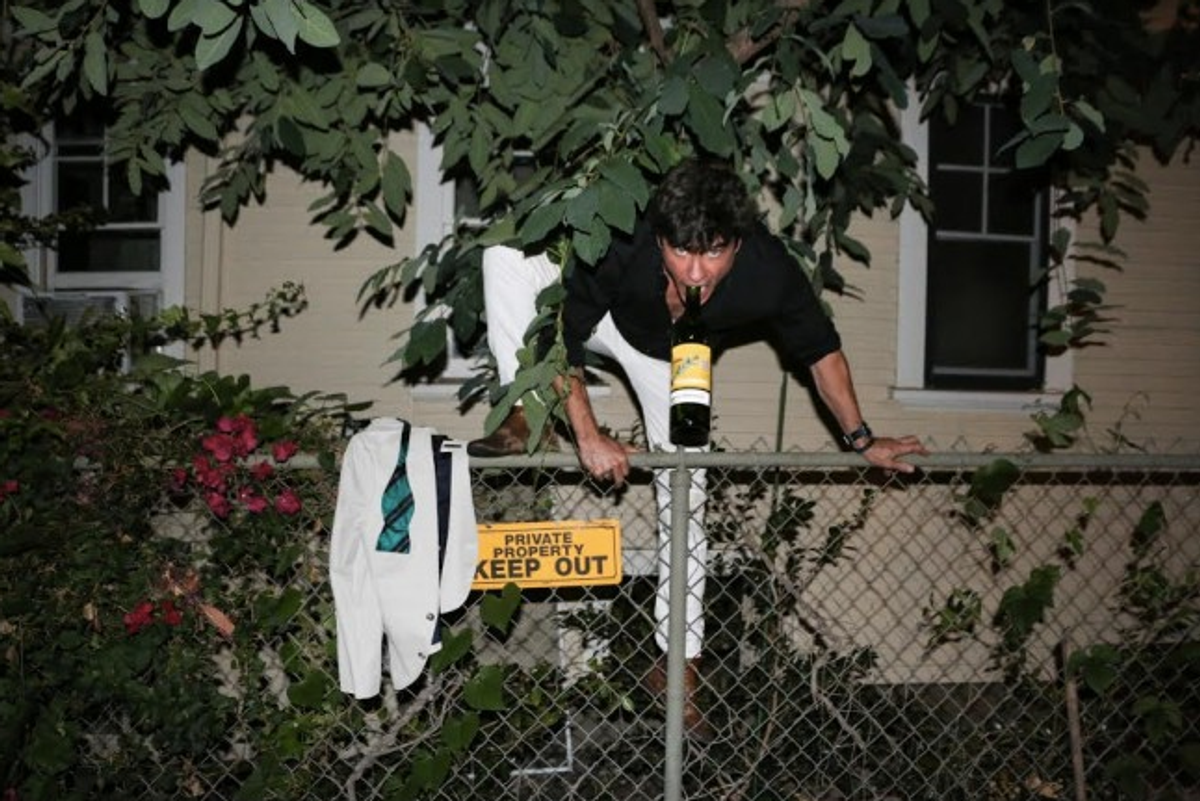 Anthony Bourdain in Conversation with Rocker Michael Ruffino of The Unband

In the late 1980s, anti-rock band The Unband, composed of drummer Eugene Ferrari, lead singer and guitarist Matthew Pierce and bass guitarist Michael Ruffino, emerged from the less-than-mean streets of suburban Boston to become what the New York press once called "the most depraved act on the scene." What followed was a decade of unabashed debauchery and enthusiastic embrace of the rock n' roll lifestyle, with so many stories of excess and heavy metal depravity that Ruffino ended up writing not one but two memoirs on the band's hard-living and reckless fun.

Adios, Motherfucker, (published August 29th by Anthony Bourdain/Ecco), picks up where 2004's Gentlemanly Repose left off, with a deep dive into a world that includes crack-smoking Girl Scouts, a beer-drinking chimp and a whole lot of substances. Ruffino takes readers on a wild ride through the band's time touring with some of the biggest names in metal, including Def Leppard, Dio, Motörhead, Anthrax, and a slew of epic 80s hair bands. Anthony Bourdain and Ruffino sat down for PAPER to discuss the book, tour life and what the future holds.

Anthony Bourdain: So, Michael Ruffino, what drove you to write this bestial, depraved, yet incredibly skillfully written book?

Michael Ruffino: Too much time on my hands on the road, and the need to remember things that I didn't think I was going to remember.

AB: Shouldn't you have been using that time in acts of wanton destruction, carving up hotel rooms, doing dangerous chemicals, impregnating the locals, what's wrong with you?

MR: Well I'm not saying that didn't happen, I'm just saying in addition, there was -

AB: You're playing tonight with The Unband, how does it feel? Are you excited? I understand it's been a year since you played together last?

MR: Yeah, same as it ever was, it feels exactly the same.

AB: Has the dynamic improved since the sort of -

AB: The time of the troubles. It was sort of a traditional trajectory of a band - we all start together, like high school, go through, well I don't know if we can talk about life at the top, you were a regularly working band for awhile. And then it all seemed to fall apart for no good reason. Is all of that behind you?

MR: Yes. We succumbed to our own clichés and now we're through it.

AB: It was not a too much, too soon situation though.

MR: No, I think it was just a steady and probably inevitable situation. I don't know, there was quite a bit really quickly.

AB: Do you really see a shopping cart full of doll heads at the motel, you describe on I forget the exact page.

AB: Really? I believed every word.

MR: Every word is true.

AB: You were surprisingly discreet about both the people you clearly like, like Lenny, and the people who were good to you, Like Def Leppard were really good to you. But also the people who were like, kind of shitty to you, like Anthrax. What did Anthrax do wrong to draw your ire, yet you really aren't nasty to them at all. Could you work with them again?

AB: No Anthrax tour in your future?

MR: No. We were all, the three of us raised in good New England homes, and firmly believe that even in the rock and roll context, you can still be a gracious host to other bands on your tour. Like Motörhead or Def Leppard or somebody. Just a little bit of effort. Anthrax didn't put that in.

AB: Where was the best craft services, and when did that occur during your time on the road? Was there a golden moment?

MR: Well Europe was always good for that. In terms of just pure excess, Germany. We wanted for nothing in Germany. There was so much wurst and beer, and a lot of cheese. A lot of people try to get you to eat a lot of cheese in Europe, which is not a good rock food. Maybe Italy, parts of Italy were very good and there was some impressive kinds of meats and things you wouldn't see on a rock tour.

AB: What about the all time worst craft services, where would that be?

MR: It was a plate of broken potato chips. Which resulted in a melee and all kinds of rider problems.

AB: Did you have a rider?

MR: Yeah. Usually soundly ignored. Except in Europe, or on tours like Def Leppard. There was a carving station, on the Def Leppard tour.

AB: You gotta love that. I told you I was doing a video, a short film with Green Day. And they had a carving station for the security guys and the techs. It was incredible. You know what I found with riders, when I do the speaking/stand up tours, I jokingly sent out a rider, one time. Just one time. Just for laughs. But it was a joke. You know, "Artist requires the following power tools and lubricants." And I immediately followed up with another email, saying I was just kidding. But I'll tell you, I've never seen more terrified people. They were positively fucking cowering, afraid to look me in the eye the entire time.

AB: So you know, maybe you should've done that. Make a rider that's so horrifying that when you actually would like unbroken potato chips and possibly some dip, that they will be relieved.

MR: We did, we thought it was very funny, and it kind of backfired on us. We included all kinds of threats, the rider included threats. And various kinds of drugs and liquors and lots of things that any venue would be certainly liable for.

AB: Was there really a bar in Boston where they give you the foam and scum from the -

AB: Really? They give you the foam and scum from the beer drain?

MR: Rat Brew. They would give you thirteen free beers, "rat brews."

AB: Which are the collected dregs of -

MR: The beer mat. The mat under the taps.

AB: Backwash basically. One step above backwash, in the food chain of beer.

AB: But you drank it.

MR: Well, and you got thirteen of them. By number eleven you don't care. It wasn't great, but, it was what you had.

AB: In the movie version, who would play you?

AB: I was thinking you need more action in it, maybe an action hero.

AB: He's too friendly. I was thinking like, Chow Yun-fat. Or you could CGI Walken, you could Benjamin Button him backwards in time. He's spry, he dances well, he can move on stage.

MR: Yeah, a little soft shoe, use some CGI. I think he could do it. Why not?

AB: Planning on a sequel? Any future literary works?

AB: Anything in mind? Michael Ruffino: The Wilderness Years? A self-help book?

MR: That's unlikely. I have some thoughts.

MR: Yeah, DOOP, or STOOP. Well you know, I was a mascot for awhile. I would dress up as a, well I don't know if I should even say, a very popular cartoon character.

MR: Yeah, during the heavy years, shall we say. And that has some epic potential too. There was a lot of touring with that as well.

AB: Wow, I did not know about this dark period in your life. That's a book my friend.

AB: Anything else you want the world to know about this book?

AB: That works for me.