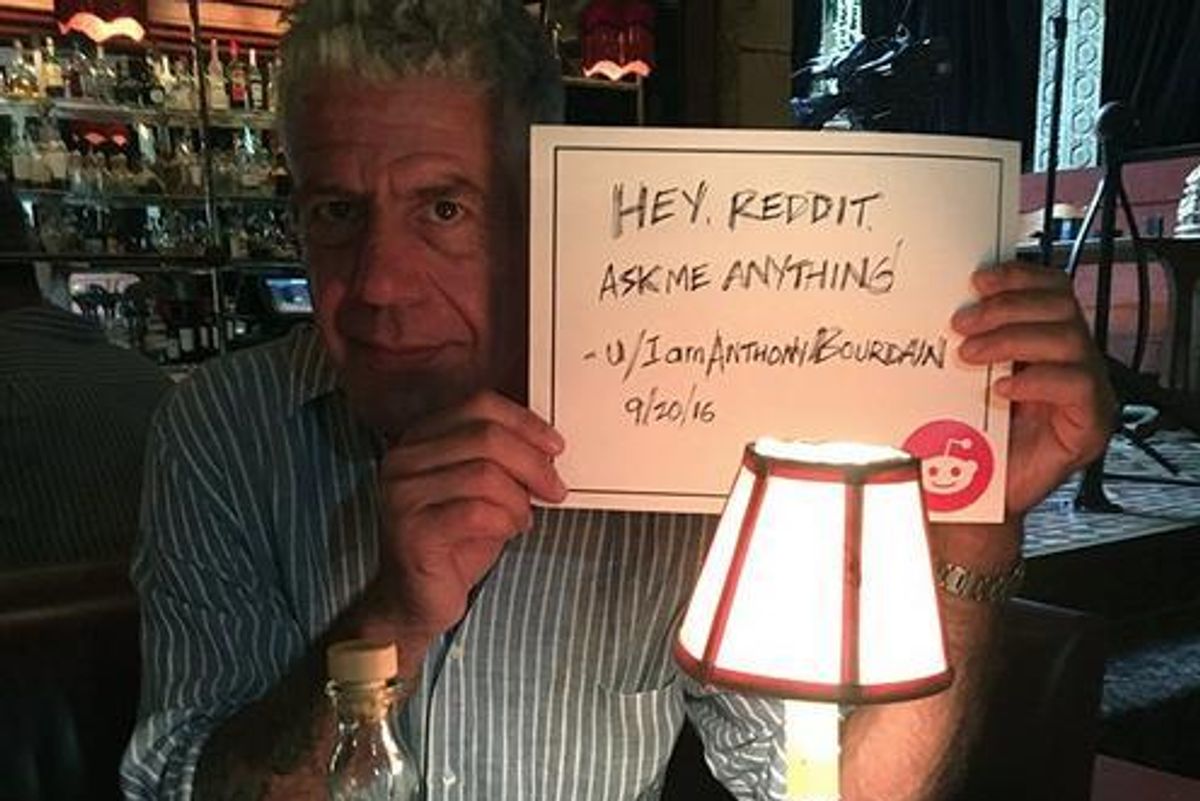 Anthony Bourdain Wants The Pumpkin Spice Craze To Die, Too

In an recent, enlightening Reddit AMA, chef and renegade foodie Anthony Bourdai was asked what food trend he wants to see die quickly. He responded that he, "would like to see the pumpkin spice craze drowned in its own blood. Quickly." He went on to (rightfully) condemn every other marker of a thriving Williamsburg gentrifier.

Bourdain mentioned that he doesn't really understand juice cleanses, the overuse of the word "artisanal", or cutting gluten from your diet except for health reasons, like Celiac Disease. And, he pointed out the racism in expecting Mexican and Indian foods to be cheap, adding that these cuisines are often underrated.

See his full response below:

He also had a weird, amazing response when asked which countries he has not yet visited but wants to, saying, "I would like to overcome my childhood-born phobia of Switzerland at some point."

We're not sure if he's trolling us or not, be we're looking forward to that gluten filled, pumpkin spice-free Swiss feast in the future.