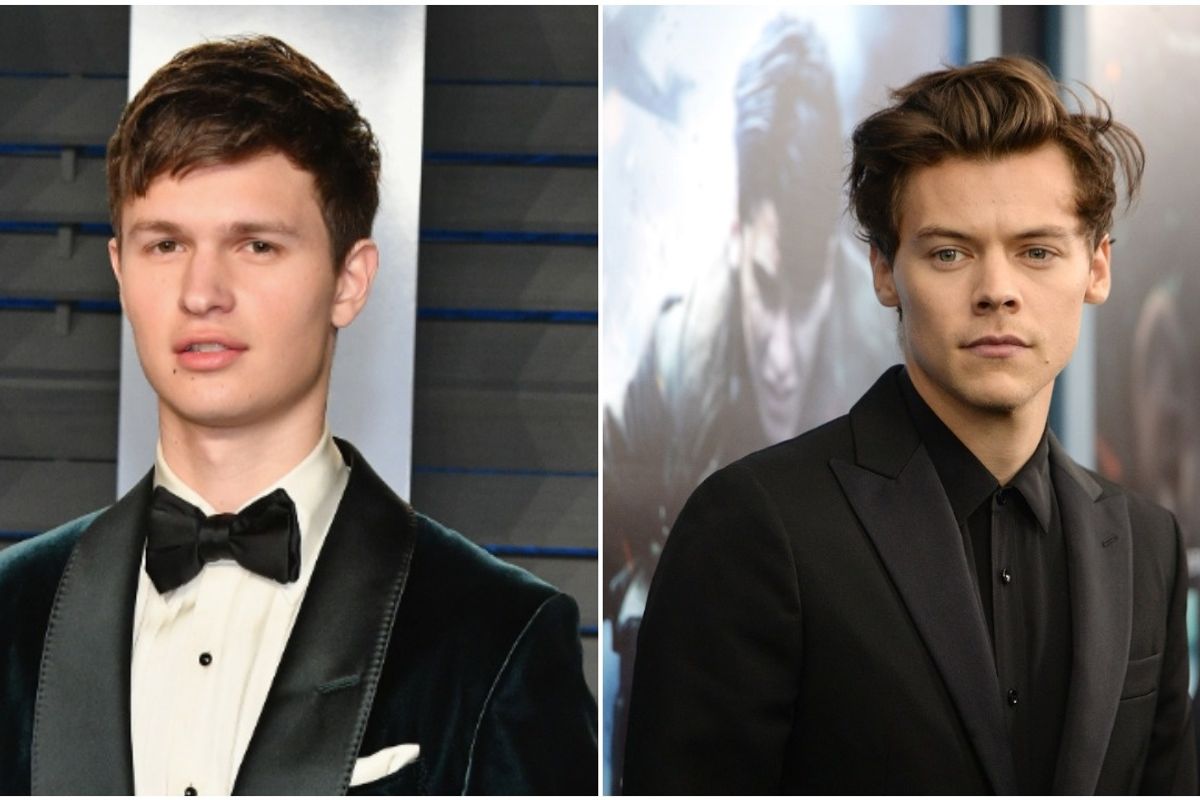 Ansel Elgort Comes For a Harry Styles Stan on Twitter

While other celebrities may be spending their quarantines lounging poolside or tattooing themselves, Ansel Elgort is apparently using his free time to call out stans of other famous folks.

Yesterday, the actor took to his Twitter to tease a fan gushing over Harry Styles, who wrote, "You don't know how happy you make me everyday."

"I wish I can meet you one day and hug you, follow me please?" the fan continued in their tweet directed at the former One Direction member, "I love you!

Related | Ansel Elgort Isn't on OnlyFans, But He Should Be

Pretty standard stan fare, if you ask us. That said, Elgort ended up retweeting it and writing, "ppl r legitimately crazy on this app."

However, his response garnered mixed reactions from Twitter. Because while some people found Elgort's call out amusing, more than few other users chided him for "dragging" fans who were "minding [their own] business."

WHY DID ANSEL ELGORT HAVE TO DESTROY THIS PERSON LIKE THAT LMAOOO pic.twitter.com/132v1AgQNg

imagine minding your business and suddenly getting dragged by ansel elgort for breathing pic.twitter.com/qOBrZ2fd66

Later though, Elgort clarified that he didn't really mean anything by it, writing, "why everyone think crazy is bad?"

He then continued to respond to people unhappy with his initial tweet by (incorrectly) responding that Styles isn't even on Twitter and that "ppl take everything 2 serious."

why everyone think crazy is bad?

hes not even on here lol

Not only that, but Elgort went on to spend the rest of the evening tweeting that he's a fan of many musical artists himself, and that he "used to use Twitter to follow stans" — though he refused to indulge a stan of his former classmate, Timothée Chalamet.

And though it's still unclear what exactly motivated Elgort to pick up the tweet in the first place, at the very least, you can see who else the star is stanning, below.

god i love her https://t.co/zJpQaLOy81

most defiantly no cap