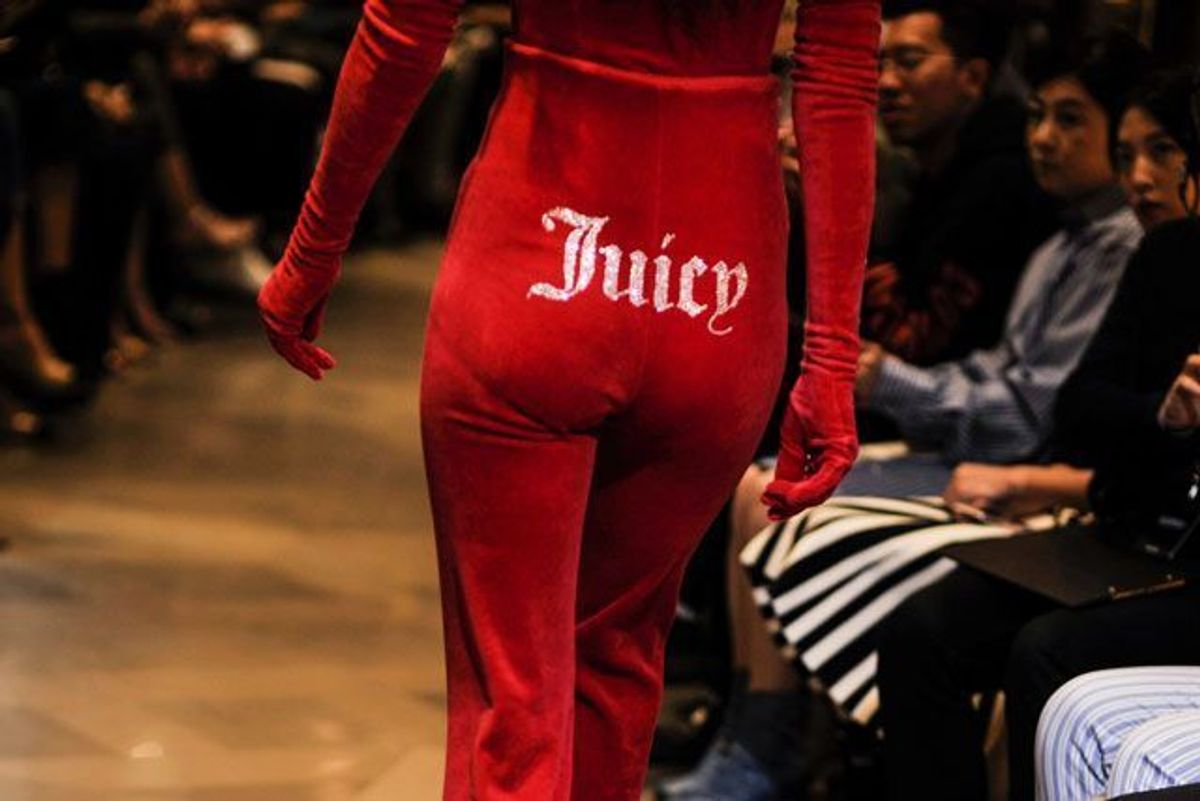 Another Fall, Another Decade: Why 2016 Is the Ultimate Year to Bring Back the Nineties

The nineties are back. We know this because we've been told so, because we're all wearing mom jeans, and because a walk through Urban Outfitters is an exercise in recognizing all the pieces your parents wouldn't buy you in middle school.

But the nineties have also been "back" for a while. Late noughties street style was built on suburban aesthetic of '92-era school teachers via embroidered vests, braided belts, and desert boots, and merely trickled upwards to the mainstream with the emergence of fanny packs, mini backpacks, and high rise everything. However, this season is the first year the resurgence makes sense: 2016 is running parallel to its two decade-old counterpart, with the same social, political, and cultural factors dictating our norms as when Bill Clinton was first elected. This time, the nineties really are back -- like Voldemort at the close of the fifth Harry Potter book.

For the most of the 2000s, glamour and excess dictated style. Socialites like Paris Hilton and characters like Carrie Bradshaw ushered in seasons of Louis Vuitton bags, Juicy Couture suits, and logo-adorned everything, advertising their status via ostentatiousness and velvet. Mr. Big was likened to Donald Trump and it was supposed to be a compliment, while we gathered around our TV sets to watch the potential future president (#help) fire contestants who aspired to be him. Wealth was celebrated, brands were social currency, and the more you were associated with either, the higher your own clout became.

And then the stock market crashed in 2008 and the world began to burn.

It's been eight years since the initial economic meltdown, and the chasm between the 1% and the rest of us still seems to be widening. While the middle class had their fastest growth on record last year, the realities of debt, lack of accessible housing, and poverty rooted in racism and classism are defining not just the current election, but the landscape of North America in general. On a fashion level, that means adorning yourself in brands and logos is not just uncreative, but out of touch. Nobody wants to look like the Trumps of the world. In 2016, Mr. Big seems like a nightmare.

Which is why the decade's fashion revival is less hinged on the late nineties' business aesthetic and more on the deconstructed and grungier pieces that defined the earlier years. Unlike the Reagan years in the 1980s -- which gave tax breaks to the rich as part of a capitalist wet dream -- or George W. Bush's own contribution to the country's $300 billion deficit, both Clintons appeal to younger voters who were frustrated with their current economic realities. The climate for revolution was ripe in the '90s. And that's exactly what we're seeing now.

In fact, more than ever, designers seem to be aware that this is very much 1992. Like Marc Jacobs' infamous S/S 1993 collection, Alexander Wang opted for deconstructed punk for his FW17 looks, while Atelier Wonder sloppily (but perfectly) layered colors and textures. R.shemiste's affinity for plaid, oversize bombers, and combat boots epitomized the grunge decade obsession we can't seem to let go of, while Helder Diego dressed his models in ripped tights, Docs, and sheer underlays. Ultimately, the best of FW17 is defined by pieces targeted to youth culture; to voters who use their style to advertise their belief system and to front their creativity. In short: this season serves to scream "I am not one of the Trumps of the world."