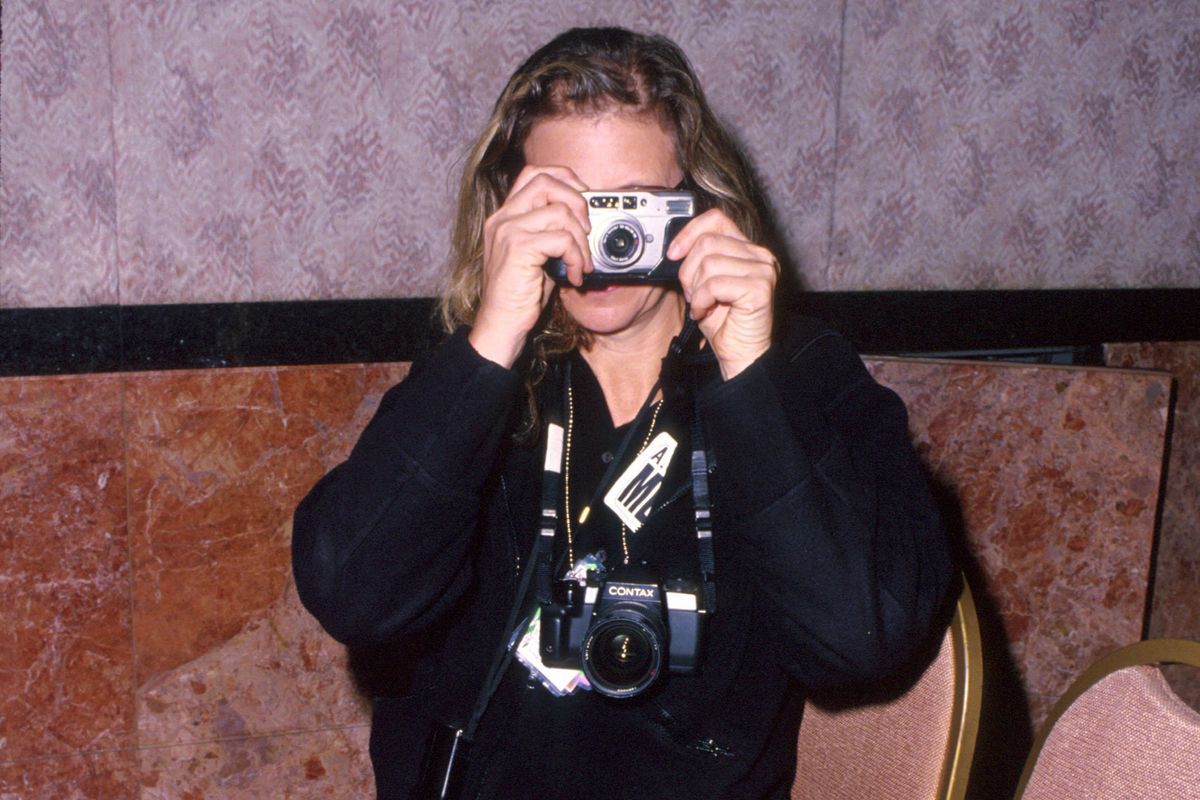 In all the excitement over Jennifer Aniston finally answering Eva Chen's repeated emails, let's not overlook the fact Condé Nast photographer supreme Annie Leibovitz also just joined Instagram. Leibovitz has so far posted three photos to the grid, none of them taken with an iPhone, as far as we can tell.

Leibovitz, who rose to prominence as photography chief at Rolling Stone in the 1970s, is known for her stark portraiture. Fittingly, her first post was a black and white photograph of her mother, Marilyn Leibovitz, from 1997. She followed that up with a snap of Malala Yousafzai in the classroom, then a striking image of Democrat Speaker of the House Nancy Pelosi standing out in a sea of suited men.

The Leibovitz hive has already assembled in her comments section, praising their queen's use of lighting and welcoming her to scrolling hell. Spencer Pratt, Courtney Love, and Gigi Hadid are among her early celeb followers, alongside Vanity Fair editor in chief Radhika Jones.

Posts we'd like to see? Throwbacks to some classics, like her pregnant Demi Moore cover. And maybe a grainy front camera selfie.