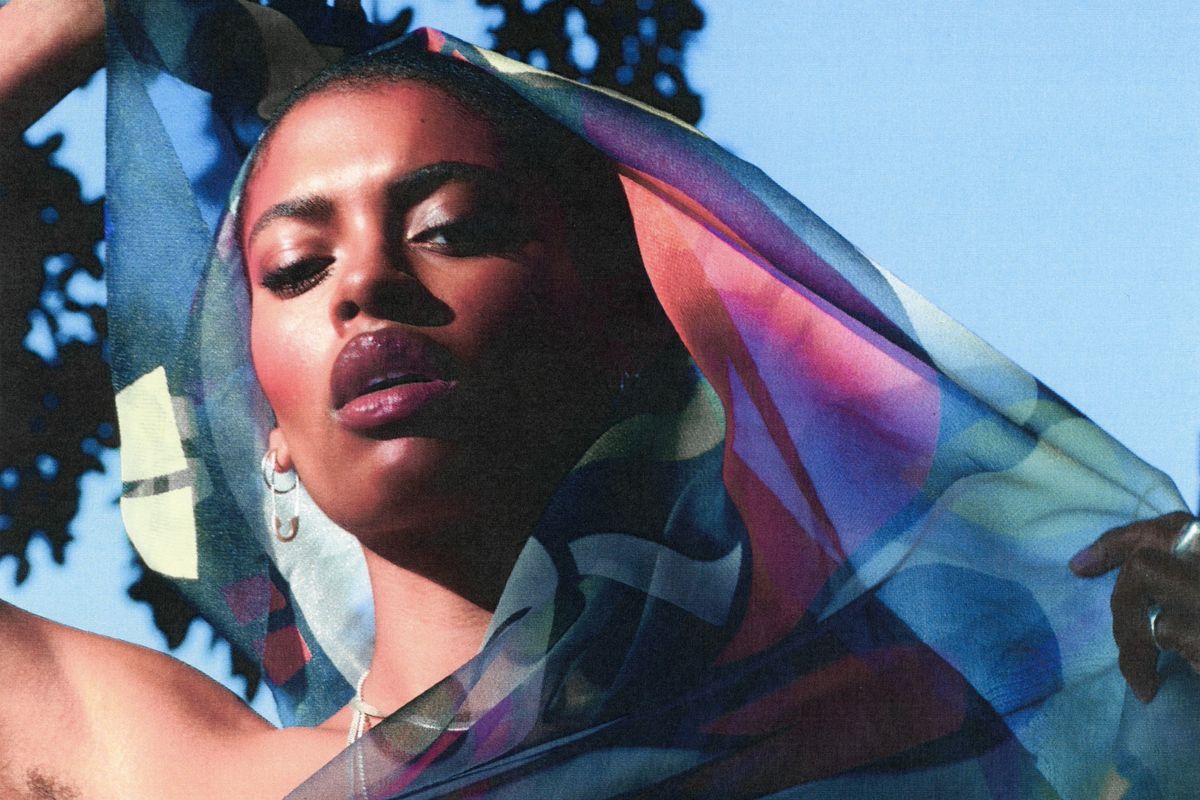 Annahstasia: The Nigerian-American Artist Going Her Own Way

Annahstasia Enuke, a Nigerian-American who identifies as queer, is a Los Angeles-based, multi-dimensional artist who can't be tamed.

The 23-year-old is very aware, though, of the way people might try to box her in based on those signifiers. Instead, she channels it all — frustrations, joy, and pleasure — into art forms that feel transcendent. Take her recent video for "Summer Madness," for example, which fuses her tendency toward ethereal imagery with music anchored by soul and spirituality.

Annahstasia is every bit the self-made artist she appears to be. Her debut EP and visual project, Sacred Bull, produced by Jay Cooper, is forthcoming, and it's a redefinition of all she was taught. Growing up Catholic, Annahstasia realized that colonial history indeed has a funny way of rewriting or altogether erasing African traditions and culture. The sacred bull symbol, then, a forbidden idol from the Bible, "gave me the mask I needed to charge out the gate of uncertainty," Annahstasia tells PAPER. "I empower myself outside of the systems that currently exist."

On the EP's first single "X51," premiering exclusively with PAPER, Annahstasia successfully introduces the themes present throughout Sacred Bull. It's a song about embracing freedom and spontaneity, despite what the world around you might project. Its shifting soul arrangement, bolstered by Annahstasia's striking vocal presence, establishes a mood akin to solitary night rides through the desert. There you are, alone in the wild, at peace, and free. Listen below, and learn more about how Annahstasia maintains her independence.

What is the meaning of Sacred Bull for you? As a complete project, and as a concept?

Sacred Bull is like an introduction for me. I've spent a lot of time in this industry trying to find my voice and when I found it, learning to stand up for it. The iconography of the sacred bull gave me the mask I needed to charge out the gate of uncertainty. Conceptually, the sacred bull or golden calf was a forbidden idol from the book of exodus and the story stuck in my mind because I thought it was tyrannical to take away someone's deity in the name of monotheism. Being raised catholic, the process of christianity under the romans always felt very wrong to me, especially with the context of African spirituality and polytheism before colonialism. So in reclaiming the sacred bull as my own personal deity as a symbol for my path, I empower myself outside of the systems that currently exist.

That's what this project is for me, a space where I felt completely empowered and safe in making the music and I am able to take great pride in what I manifested. It's the beginning of my story according to the public, and in it a so many subtle facets of myself that I had always strived to put to music and finally have been able to. It's equal parts gentle, sensual, aggressive, and proud.

"I'm queer and I'm Nigerian and my 'revolutionary' standing is that those two aren't mutually exclusive."

​What does it mean to be queer and Nigerian, while having grown up in America? Are there specific challenges you've had to overcome?

It doesn't mean anything really and that's the point. People like to add that to my descriptors because it supposedly makes me more interesting and its trendy but it's also just a fact and I don't like to waste my time justifying it to people. My family is very accepting compared to what I could have had to deal with, and I live in a liberal state, in a liberal city. My journey to realizing my queerness was bumpy and distressing but not nearly as tumultuous as some of my friend's journeys and so I leave space for those stories over mine.

If anything, it means I'm queer and I'm Nigerian and my "revolutionary" standing is that those two aren't mutually exclusive. In Nigerian culture there isn't a lot of room to acknowledge queerness, there is often no tolerance for gayness at all. And for me, someone who shirks a more specific label on my sexuality I think a lot of Nigerians, a lot of Africans wonder why I would even take the heat at all and not just keep quiet about that part of myself, but I'm open to the one on one discussion. I don't want to use platforms like this to generalize too much. I'm lucky to be in a safe and loving environment where I can take that position, there are many at home who are not. Growing up in America I can sometimes feel estranged from my culture but that temporary estrangement is exactly that, temporary and as I'm able to go back to Lagos more frequently I hope I can be as myself and not as an altered version of myself, positioned not to offend.

"I can only sing what I believe and can only create what I see in my head. There's no room in my brain to be someone else."

Can you talk about your experience as a visual artist and how that feeds into your music?

I make visual art within narratives and it's the same way I process musical projects. For instance, the idea of Sacred Bull was actually born of a visual concept. I got really obsessed with this idea of a half human/half bull woman who manifested on earth after many years of dormancy, a beast and energy that I'd never encountered before but must have birthed me in some distant past and was there to guide me forward. I was intrigued by everything she had to teach me and the world that she offered. I actually wasn't sure what to do with it beyond plan a shoot to document the idea, maybe do a few paintings and sculptural artifacts.

I remember drafting logo ideas thinking I'd start a brand or a label or some sort of movement with that name. It was in the spirit of this that I decided to make a performance out of shaving my head again, I had been growing out my hair and with that growth came a lot of external pressures I didn't have the time or patience for at this phase in my life. I then wrote a poem for that performance and the poem drifted into a song and the song unfolded into more songs and just like that sacred bull the EP was born. I remember after I made the performance video, Jay (my producer) kept asking me "so what this for, what's this for?" And I was determined to just drop the video and have that be it, he pushed me to make this a full project, but all of it was born of my internal dialogue as a visual artist and it took a collaborator like him to connect those dots for me.

You've been in the music/art industry since you were 18. At 23, what's the biggest lesson you've learned? What helps you maintain your artistic integrity?

Oh, I have learned many big lessons. I've learned that if someone believes in you because you're beautiful before they believe in your talent or vision, it's a problem. I learned to always, Trust your gut, be a bitch. The industry is full of games and as a woman you can get stuck in the trap of not wanting to be "hard to work with" or a "diva" but often times that is just to stop you from putting pause on something you are uneasy about and redirecting it to your liking.

Third lesson is patience, waiting for the right people at the right time is a huge part of artistic happiness. When I was younger I went with the first people that looked my direction and I wanted a fast track to stardom, not knowing what that actually meant. It meant giving up a lot of control upfront and I just couldn't do that. So the second path is to do it slowly but surely. Building trust and vetting folks as they join the ride.

For me maintaining my artistic integrity is non-negotiable, I allow some leeway for resources and what I can realistically do, but if I don't like the result of something I'm not afraid to toss it and start over. I can only sing what I believe and can only create what I see in my head. There's no room in my brain to be someone else, simple as that.