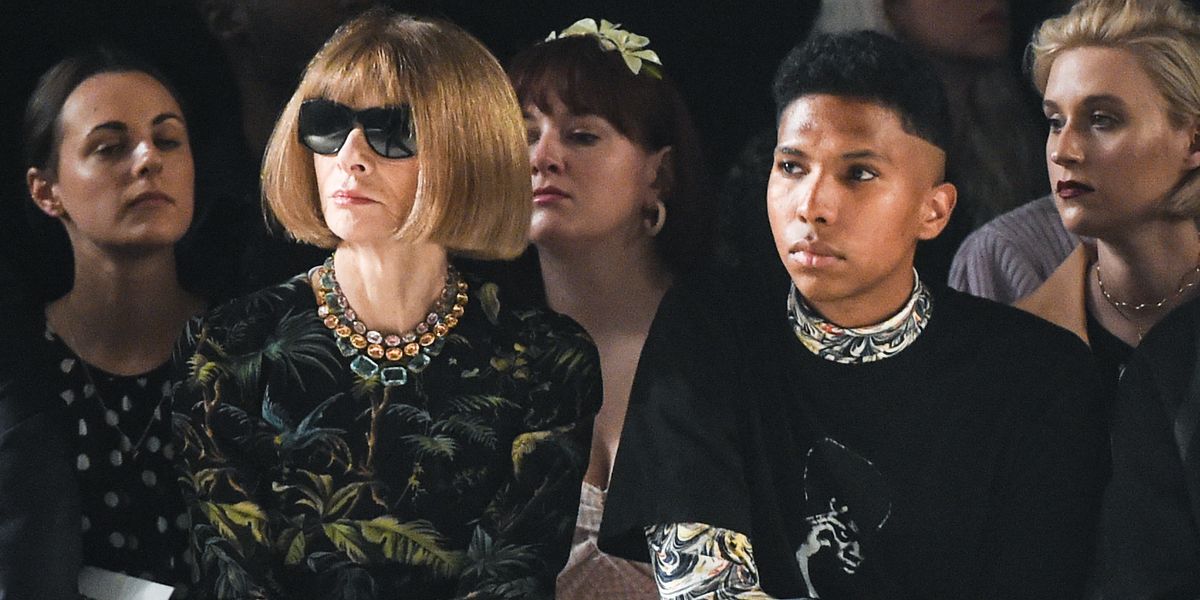 Anna Wintour's front row plus ones are the best thing about Fashion Week, and her seat mate at Coach's spring 2019 show was one for the fans: Tyler Mitchell, the young photographer and documentary maker who shot Beyoncé for Vogue's September Issue.

Mitchell was the first black cover photographer in the magazine's 126-year history. While it was widely reported that Bey herself had hired him, the 23-year-old later revealed on Twitter that it was Wintour and Raul Martinez who offered the life-changing gig (although Beyoncé, who was given "unprecedented control" over the shoot and its corresponding interview, was quick to offer her approval).

Wintour and Mitchell appear to have remained friends: WWD reports that they made small talk about the US Open while watching prairie dresses and handbags parade down the runway. "Did you hear Serena got fined?" Mitchell asked Wintour. She replied that it was "an unfortunate situation."

Also present at Coach? The brand's design partner Selena Gomez, who took the opportunity to announce she'll be releasing new songs within the next month. She was also front row, sitting next to collaborator Petra Collins.