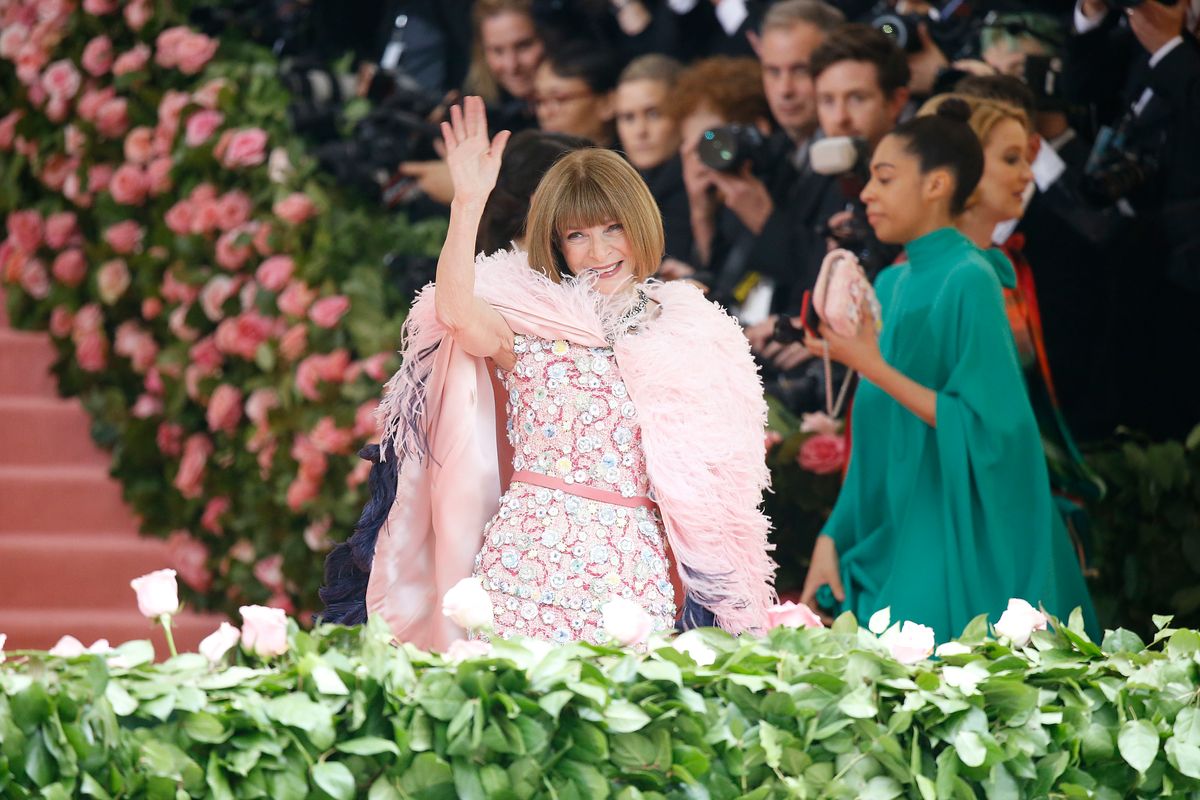 A bittersweet Met Gala detail: event host and Vogue editor Anna Wintour's Chanel gown was designed by the brand's former creative director Karl Lagerfeld, shortly before he died. She wore it in tribute to her longtime friend.

"Karl made [it] for me, and Virginie finished," Wintour explained to members of the press before entering last night's Gala, centered around Susan Sontag's essay "Notes on Camp." She was referring to Lagerfeld's successor at Chanel, Virginie Viard. The floral applique dress was classic Wintour, albeit with a pink feathery cape that made it a little more on-theme.

The face of the fashion world as well as one of its most powerful and influential figures behind the scenes, Lagerfeld passed away in February. His final collection with Chanel paraded down a snowy runway in March.

In the tribute she published in Vogue, Wintour wrote that her "brilliant" friend was "a standard unto himself" who "defined what it means to be a twenty-first-century designer." He was also cuttingly funny, and we can only imagine the witty feedback he'd have for last night's wide spectrum of red carpet hits and misses.