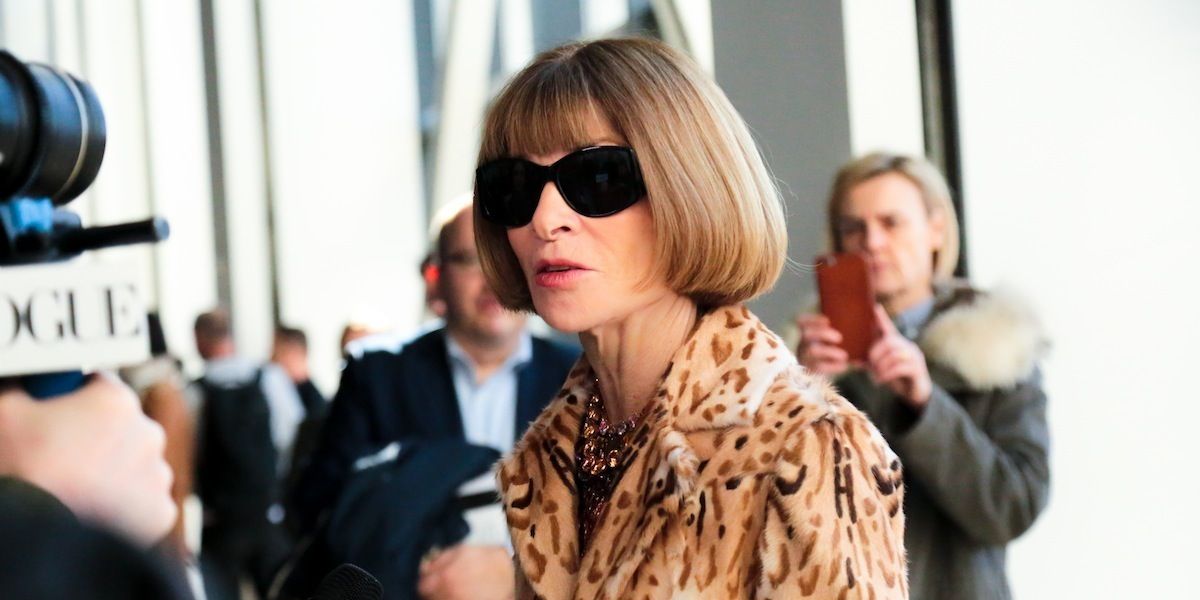 Anna Wintour Will Reportedly Appear On 'Inside Amy Schumer'

A comedy victory for sharp, bob-haired fashion editors everywhere: Anna Wintour will reportedly make an appearance on Inside Amy Schumer this season.

Wintour was spotted at the Comedy Cellar in Manhattan's West Village this week, where the famed and feared Vogue head chief was seated at a back corner table during Schumer's surprise set at the legendary comedy club.

According to Page Six, the duo filmed a "life swap" bit for the show, where Amy and Anna trade places for a little--Anna taking on stand up, which, I don't believe anyone has more material than her, so this could be glorious.