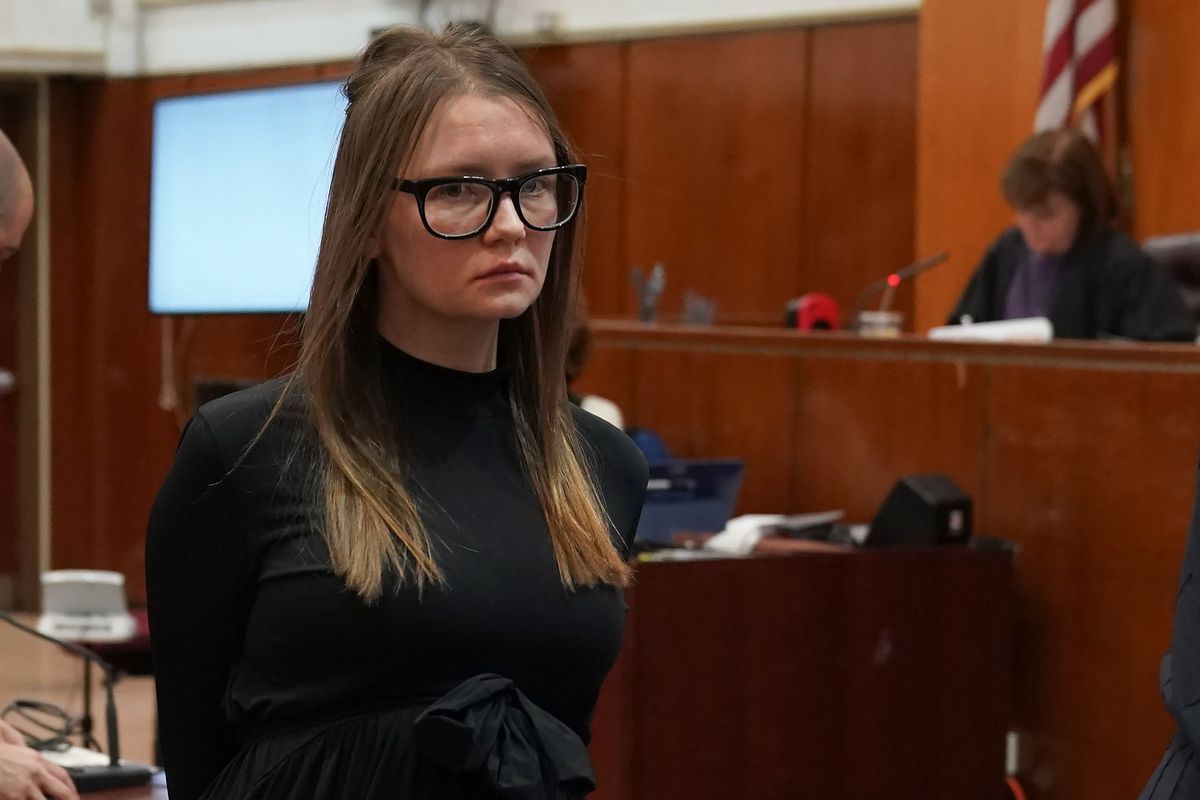 Anna Delvey Is Making Up for Lost Time

Less than a week has passed since famed scam-tress, Anna Delvey (AKA Anna Sorokin), was released from prison and she's already busier than any of us have been in months. Having served almost four years for her various grifts and cons, the former faux heiress has hit the ground running by going on a social media blitz, launching her own website and announcing her vlogging channel, Anna Delvey TV.

Delvey had already gotten a head start while she was behind bars, updating her website with personal essays and sharing some label-conscious drawings on her Instagram. Now that she's out on parole, though, the aspiring socialite is ready to get things going in earnest albeit, this time, without any scams.

Delvey wasted no time getting back on brand, snapping glamorous i-woke-up-like-this selfies from bed, going on a Sephora run, and sharing caviar and champagne with a friend over the long weekend. Judging by the Celine glasses case stuffed with $100 bills and her tweet indicating as much, money is no longer an issue for Delvey (outside of having to ask her parole officer for permission to open up a bank account).

Delvey also reconnected with her "Only Friend in New York" Neff Davis, posting behind-the-scenes shots of her and filmmaker Douglas Higginbotham from presumably one of Delvey's forthcoming vlogs. Speaking with Insider, she explained that "it's a way to control what I want to tell. So many people, I see, are trying to tell my narrative. I just decided to do something on my own."

Delvey's Twitter has also been a veritable goldmine of potential slogans ("Going to trial is the new sex tape") and a slightly unhinged FAQ section. Delvey stated that she wouldn't consider going back to Europe until they had paid Black people reparations and that the only job she would accept right now is creative director for Goldman Sachs. She even put out an open call for a boyfriend, which she quickly rescinded — but that doesn't mean she spent Valentine's day alone either.

Only agreeing to go back to Europe when they give Black people reparations #oneday
— Anna Delvey (@Anna Delvey)1613351292.0

Delvey apparently already has plans to expand her diaries into a book about the criminal justice system and her experiences behind bars. When asked if she had any lingering regrets, Delvey said, "I have to deal with the consequences of my actions, yeah. But to just sit around and just think about everything I've done — it's not going to have changed it. I don't know. It would be a huge waste of my time."

No word yet on whether or not IMG Models plans to sign Delvey, though.