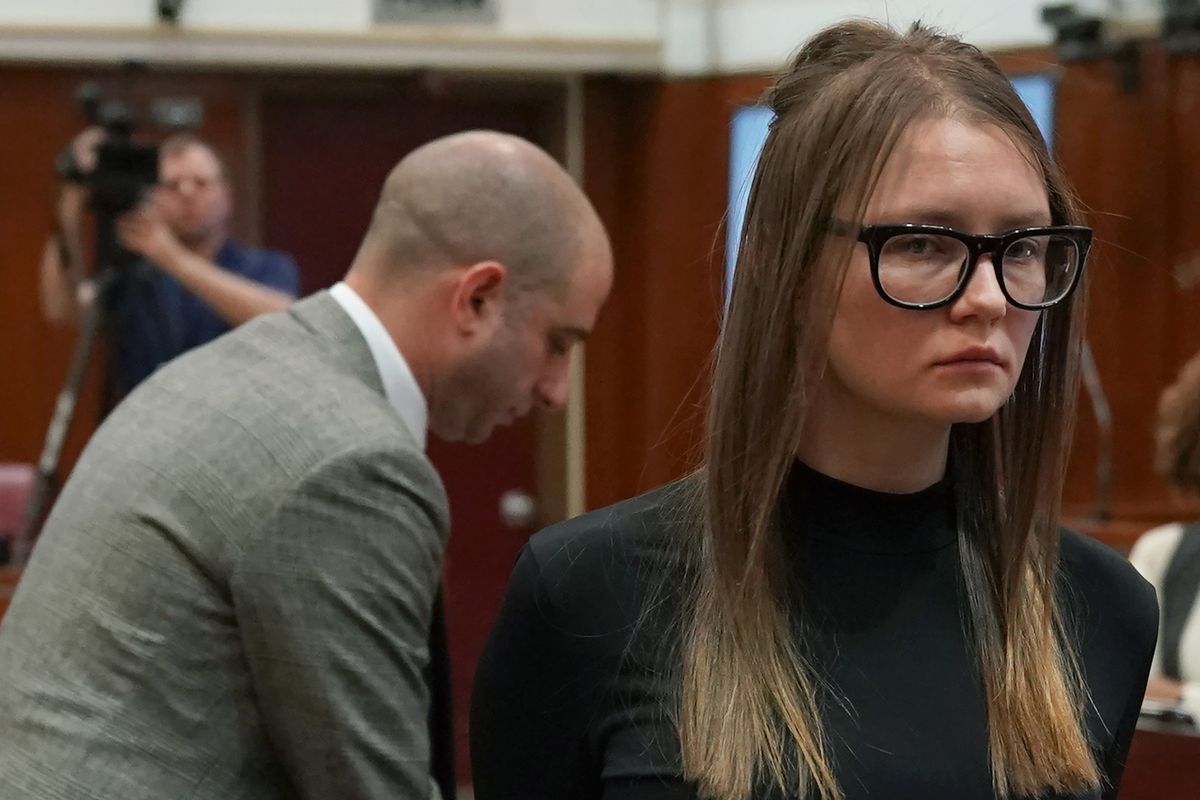 Indefatigable (till now) scammer and courtroom style queen Anna Sorokin will go to prison. Of course, she's been on Ryker's island since October 2017 since being arrested for swindling hundreds of thousands of dollars out of NYC's biggest banks, hotels, restaurants and socialites.

Last week, a month after her trial began, she was found guilty of fraud, among other charges. Today, the results of her sentencing hearing are in: four to twelve years in prison, reports the New York Times.

In addition to prison time, our girl is being fined $24,000 and has been ordered to pay restitution of about $199,000. She was found guilty of nearly every offense levied against her, though she was notably acquitted of two: the most serious offense of faking records to acquire a $22 million bank loan, and stealing from her friend Rachel DeLoache Williams, a Vanity Fair writer, who has written about time Sorokin famously (successfully) tricked her into paying for a lavish $60,000 vacation in Morocco.

The sentence is a blow to her lawyer, Todd Spodek, who couldn't seem to make up his mind about whether Sorokin was a well-intentioned, entrepreneur or a wide-eyed American Dream-seeking pollyanna who was "seduced by glamour and glitz."

Prosecutor Kaegan Mays-Williams didn't buy either story, declaring, according to NYT, that Ms. Sorokin's real goal was to "put herself in the best position to take money" from the wealthy so that she could "live the fantasy of an extravagant lifestyle."

New York Judge Diane Kiesel said she was "stunned by the depth of the defendant's deception" (NBC).

It'll also disappoint Sorokin's fanatical following: those enchanted by her perplexing self-confidence and ruthless determination. Also many will be sorry to see the end of her courtroom style journey, which has singlehandedly brought back chokers.