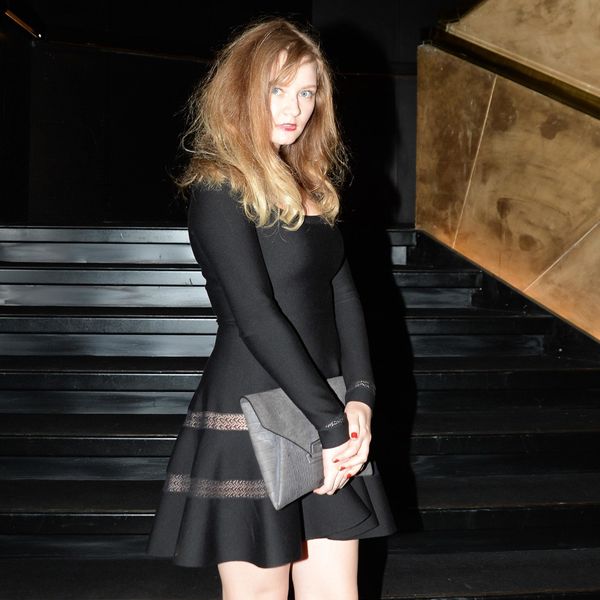 Grifting sensation Anna Delvey, the SoHo scammer, is back in the news. Born Anna Sorokin, Delvey was made famous by a New York Magazine story that revealed how she conned the art world elite out of hundreds of thousands of dollars. And while she's become something of an Internet folk hero, online adoration can't shield her from the long arm of the law — as The Daily Mail reports, Delvey was indicted on Tuesday on grand larceny charges. She is now facing 15 years in jail.

"To me, everything she was doing felt legit," Neff Davis, Delvey's best friend, told PAPER in an exclusive interview. "She was a white girl and I just judged her off the way she looked and acted. I just didn't know that millionaire bankers were fooled. How stupid are those guys? You're fooled by a girl who [says she's German but] is from Russia and can't even speak German. And she had an AOL email from a 'family accountant.' But you know, that's America. That's America."

Earlier this summer, Delvey and her lawyer attempted to make a plea deal. Justice Diane Kiesel said that she saw "no remorse" from Delvey.

"She seems more concerned about who is going to play her in the movie than what she's done to the people she allegedly took advantage of," the judge said. Oof.

Netflix and Shonda Rhimes have teamed up to make an Anna Delvey series. Sounds like they've already got a second season.