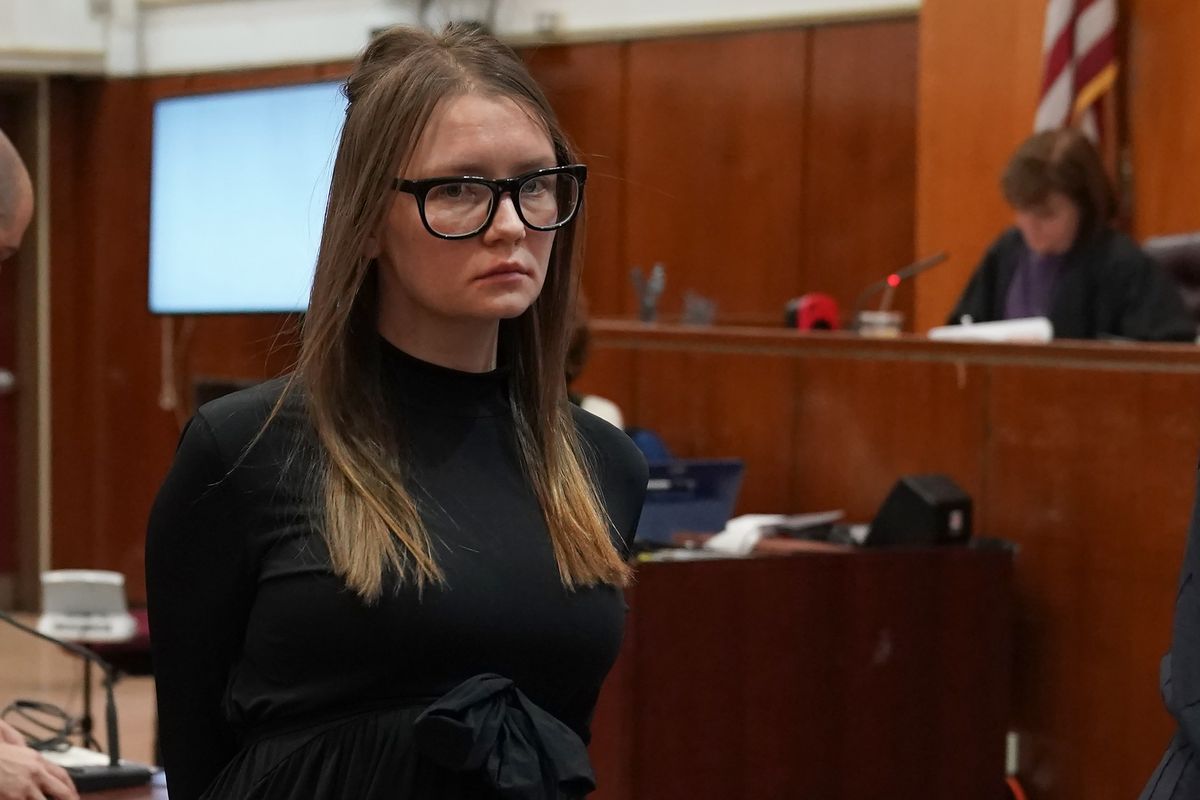 Anna Delvey Is Rumored to Have a New Girlfriend in Prison

Something about fake heiress Anna "Delvey" Sorokin just tends to inspire some serious batshit speculation, but the latest rumor to emerge from Rikers is next level wild — even by the SoHo scammer's standards.

According to a new report, word on the street is that Sorokin's found love behind bars. Even crazier though? People are also saying that she may be married, per Page Six.

And while the exact nature of the relationship is "unclear," a source confirmed to the outlet that, "prior to leaving [for upstate Albion Correctional Facility] Anna had what she called some sort of girlfriend on Rikers Island. She did say that she had a 'girlfriend.'"

As for the wedding bit though, Page Six notes that Sorokin's lawyer, Todd Spodek, flat-out denied the "false" marriage report — though that, obviously, hasn't stopped the rumor from gaining traction.

Sorokin — who is currently serving 4-12 years for fraud, amongst other charges — made headlines after it was revealed she had swindled hundreds of thousands of dollars by posing a wealthy German socialite named "Anna Delvey."

Yet despite Sorokin's conviction and subsequent incarceration, her story has continued to be a source of speculation and fascination, inspiring everything from art exhibitions to a Shonda Rhimes-produced Netflix series. And, who knows, maybe her new "relationship" will make it into the show.