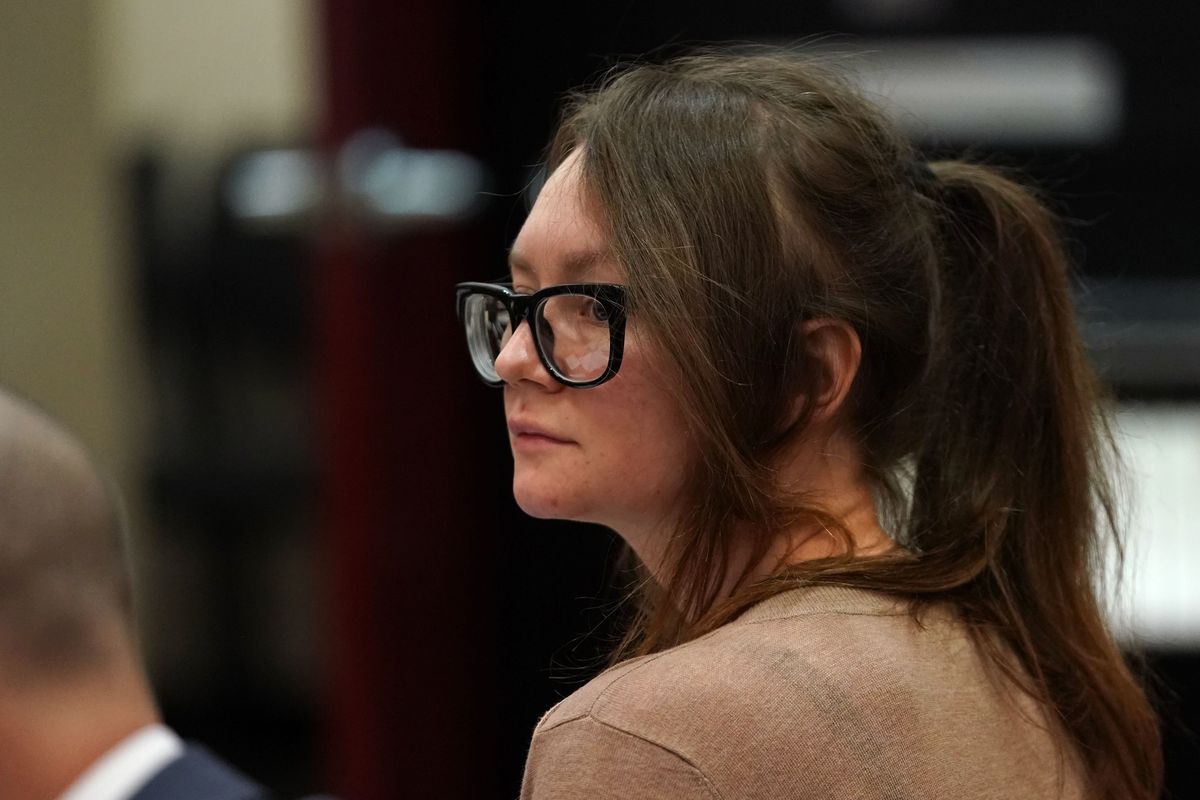 The First Images From the Anna Delvey TV Series Are Here

Earlier this week, the Daily Mail published images of Ozark star Julia Garner dressed up as the scam queen herself — complete with a long blonde wig and houndstooth coat. The Shonda Rhimes-helmed show — which is titled Inventing Anna — is based on the viral 2018 story from NY Mag's Jessica Pressler about the convicted "Soho Grifter," who conned hotels, banks, and the NY party scene into believing she was a German heiress.

Related | Anna Delvey Rumored to Have a New Girlfriend in Prison

According to reports, the 10-episode series will follow a journalist, played by Anna Chlumsky, who investigates Delvey's past as she awaits trial. The show also stars Laverne Cox as a personal trainer who took a "motherly" interest in the fake heiress and Katie Lowes as Delvey's admiring friend.

Last year, Delvey was convicted on multiple counts of attempted grand larceny and theft of services, as well as larceny in the second degree. She was sentenced to 4 to 12 years in state prison and ordered to pay a $199,000 restitution. Delvey also faces deportation to Germany after her sentence is complete.

Check out the photos via the Daily Mail, here.