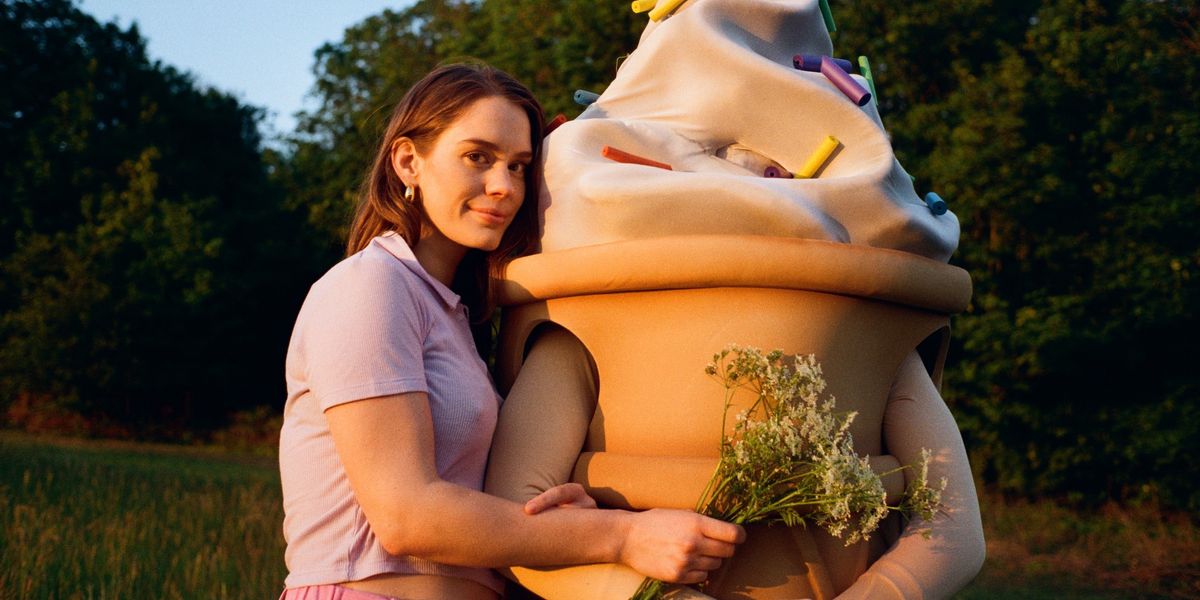 Anna of the North's Reclamation of Power Couldn't Be Sweeter

There are many ways for marginalized people to challenge patriarchal norms, but the most powerful ones involve those who take up space where society says they "shouldn't."

And though Anna of the North is a white woman from Norway, she still knows what it means, as a woman, to be objectified. As a clever response to an unfortunate international status quo, Anna, a musician who plays within synth pop's fizzy textures, has created "Thank Me Later." The song is essentially a lesson in role reversal. Alongside a bubbly instrumental and a can't-miss hook, Anna plays sassy sugar mama, singing about treating a male suitor to the finer things in life. The subversive track is the first from her upcoming album, out this fall.

To sweeten the deal quite literally, Anna has teamed with director Harry Barber for its surreal video, premiering today on PAPER. In the clip, Anna plays an empowered matchmaking temptress to a person dressed as an ice cream cone (with sprinkles!). The pair — Anna and the ice cream cone — proceed to literally take space by frolicking around the city and in fields, a visual that is just as adorable as it is inherently political. Anna says she wanted to flip the script with the song and video, turning a prospective male love interest into an object, rather than the other way around. Mission accomplished.

"There are so many songs where girls get objectified and controlled by the powerful and rich front man, made out to be all sexy and cute," Anna says. "I'm a front woman and this is a chance for me to get my own back. As well as to remind the guys that it's not all about the money and that they can be sexy and cute too."

Watch Anna of the North's "Thank Me Later," below.