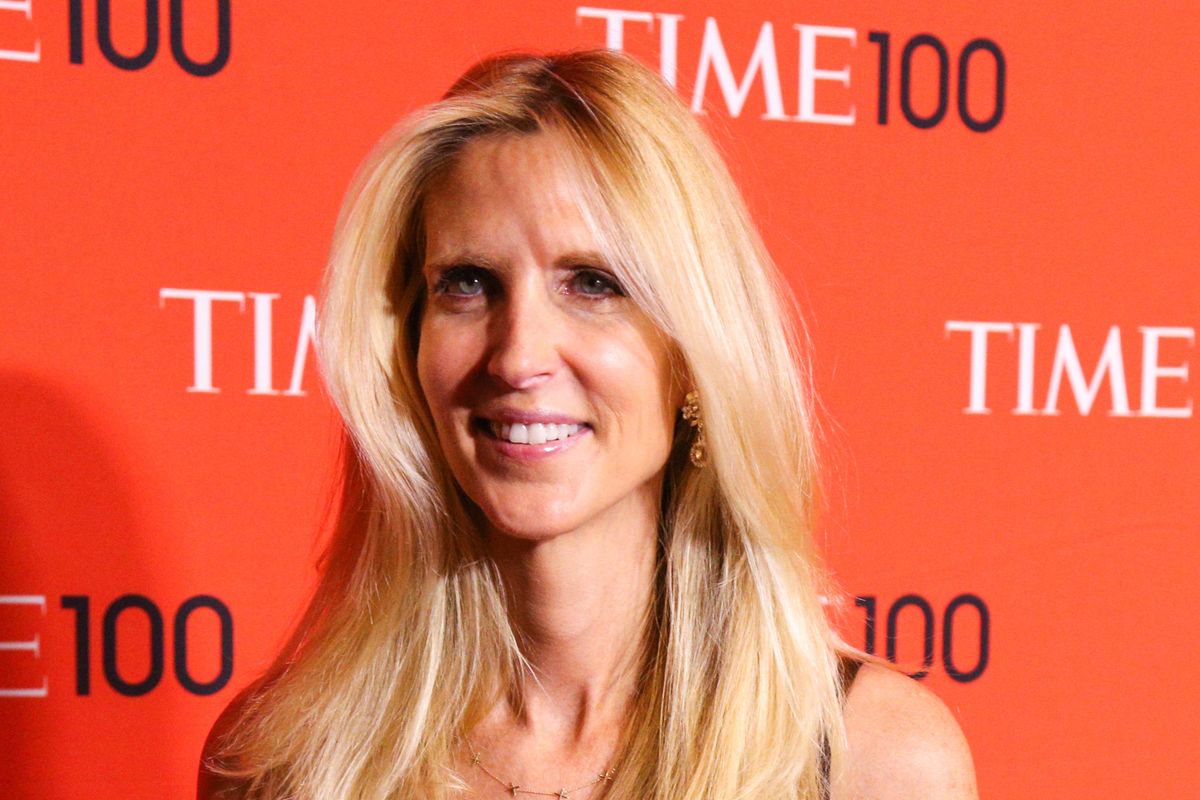 Trump on Ann Coulter: 'I Don't Know Her'

It is truly a dark day when even we have to admit, Ann Coulter is right.

I know, I know. My soul just shuddered uncontrollably trying to physically expel those words from body, but as painful as it is to admit the hard-line conservative pundit's labeling of Trump's latest move to declare a national emergency in order to fund the border wall as a "scam" really does the nail on the head.

Even though we don't trust Coulter as far as we can throw her, given the continued unwavering support from Fox News and conservatives, her ability to see to national state of emergency declaration as a smoke and mirrors distraction from his failure to deliver on literally any campaign promises as we head into the 2020 elections is a surprisingly lucid moment. After over a month long stand-off between the president and Democrats resulting in the longest government shutdown in American history, Trump finally backed down today signing a spending plan that would keep the government open and funded through the fiscal year despite not including the funds he asked for his proposed wall.

Petulant as always, Trump announced today that he would use the last option available to him to get his way by declaring a national emergency. What that means is that by asserting that there is a security and humanitarian crisis going on at the border, Trump is now free to mobilize the "necessary" resources needed to address the issue in any way he sees fit.

In a press conference announcing the declaration today, Trump was asked about how he felt about his former staunch supporter's recent disavowal to which he opted for the Mariah Carey-response: "I don't know her."

Pres. Trump on Ann Coulter, right-wing commentator who has been critical of the president's actions on immigration:… https://t.co/egzN5qm6Qm
— ABC News (@ABC News)1550248512.0

Like most things that come out of Trump's mouth, the statement is blanketly false. As many were quick to point out, Trump had Coulter out on the trail campaigning for him in 2016 and has publicly sung her praises for years. We also assume they must see each other every third Tuesday of the month at meetings for the Comedy Central Roast survivors club.

There is a certain schadenfreude to seeing Coulter and Trump fall out in such vicious, petty fashion, but it is important to not let this distract from the very real issue at hand. Trump's declaration is a blatant power grab designed to circumvent a system of checks and balances in place just so he can continue to attack immigrants unfettered. Representatives Joaquin Castro and Alexandria Ocasio-Cortez have already introduced a bill to put a stop to the contrived crisis. Multiple public advocacy group have also filed suit against the president challenging the legitimacy of this declaration but legal experts are still unsure of how long the legal battle could drag on for.